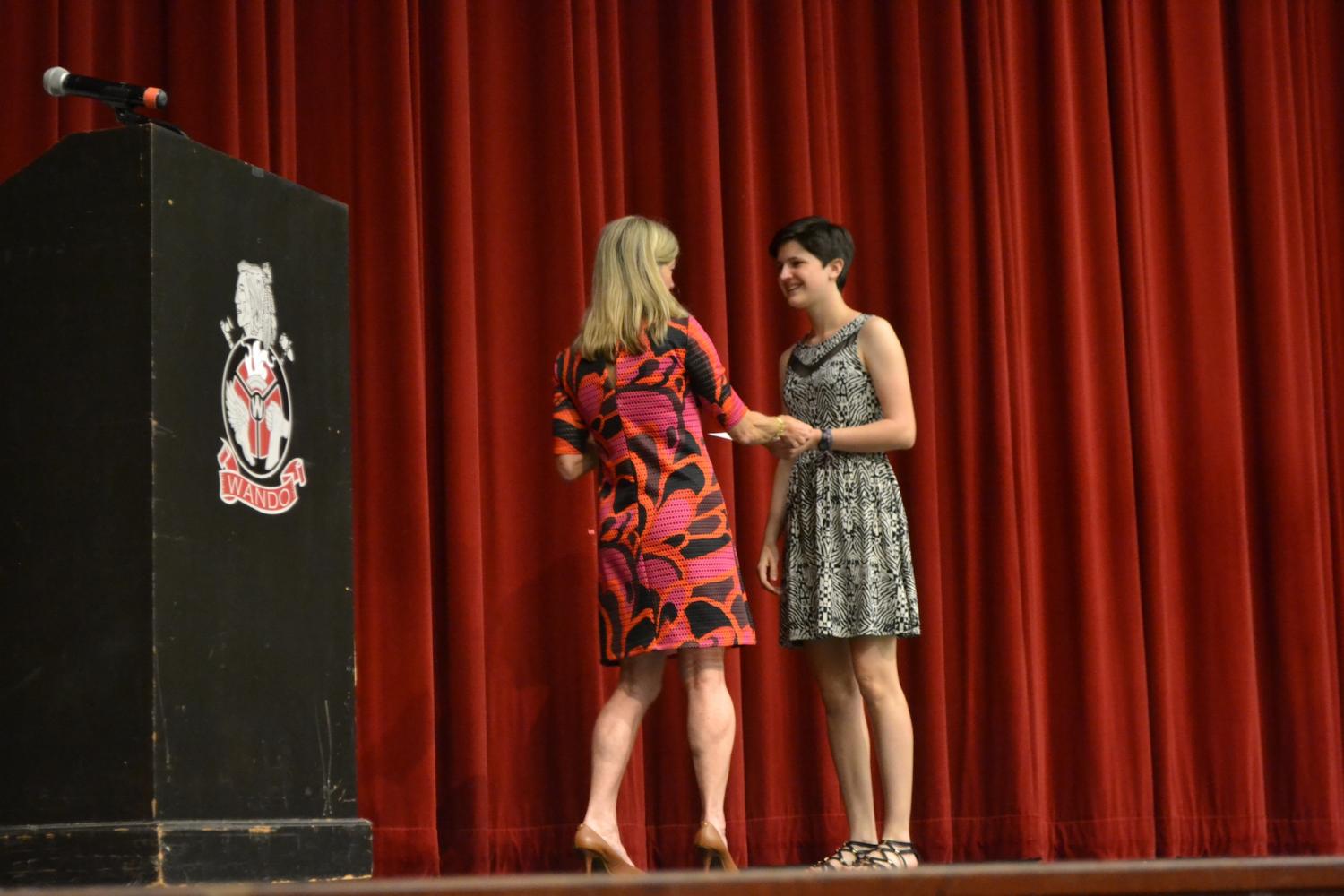 Every year seniors wait to graduate and often think the amazing work they have done over the past four years will go unnoticed. The Senior Awards ceremony provides an opportunity to commemorate the class of 2017. The awards given range from recognition to scholarships.

Being awarded the Spirit of Wando is a huge honor, the recipients of this award embody the idea of exactly how to walk like a warrior. The female recipient, Hannah Betfort and the male recipient, Stan Connors represent what it means to be a warrior.

The Beckham Scholars Award is awarded to minority students, who prevailed through struggle and excelled as a student and a citizen. Victor Gomez, the male recipient award received the award because of his staggering 4.26 GPA, a football player, and an employee at Harris Teeter. Asia Collins, the female recipient of the Beckham Scholars Award, had an impressive 4.2 GPA, and also received the East Cooper Top Producers Scholarships.

To be awarded the prestigious title of valedictorian and salutatorian of a school so large is a great accomplishment. After years of hard work students, Jarrod Bohr and Clare McTighe earned the title.

Lia Hsu-Rodriguez was awarded with the most awards. She was the recipient of the AFCEA Scholarship, Hogan Health Scholarship and Wando PTSO Scholarship. In addition to these scholarships, she was named a National Merit Scholar and a U.S. Presidential Scholar National Semi-finalist, as well as awards for her outstanding ability in math and science.