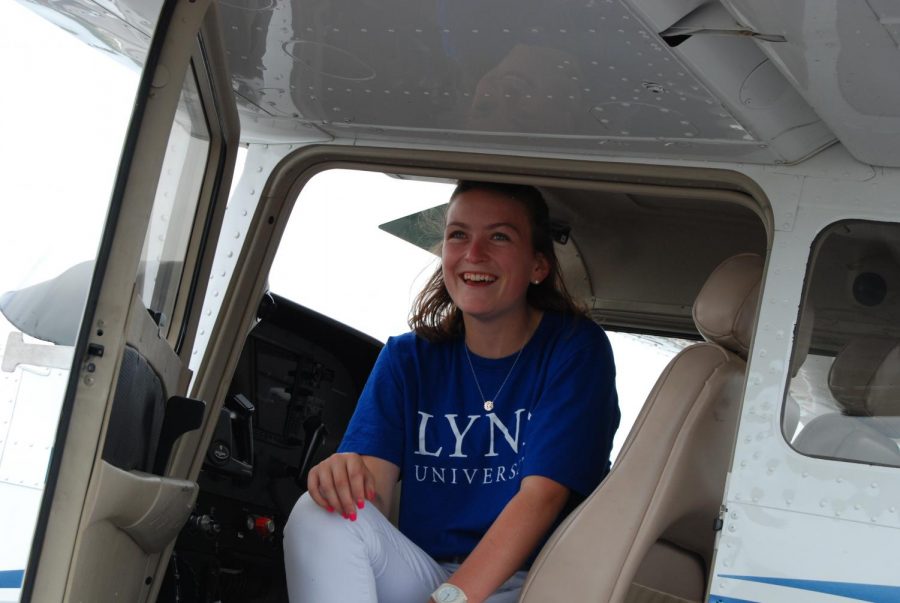 Addison Terry sits in the cop pit of a plane in preparation for a flight.

Around 3,000 feet above Mt. Pleasant soars senior Addison Terry. With a private pilot license, Terry is free to roam the sky. For the past two years, flying has been her passion and at only 17, Terry’s goals are set for her future.

“I want to be a commercial pilot. The benefits are really good, the amount of pay as well,” she said. “There’s such a shortage right now for pilots, it’s such a good time to be in the field.”

Terry instantly knew she loved flying and she is ready to take it on for the rest of her life.

“It’s such a different skill for someone so young to be so far into knowing what they want to do. But I think once you know what you want to do it’s just so good having your mindset,” she said. “Doing something that you love makes it easy. I don’t think of flying as something that I have to do, it’s something that I choose to do.”

Before her first flight, Terry had no idea she wanted to do anything with flying.

“It was really random. I was just driving down Faison Road one day practicing for my driver’s test and we decided to go in and talk to the flight instructor, and literally the next day we started lessons,” she said. “Once I first went up on my introduction flight, I think that was the game changer for me to see how amazing it was.”

Next year, Terry will be attending Lynn University and she plans to major in business. Although she isn’t focusing on flying directly with her school, she will still continue to fly throughout college. Terry will also still be on track to her achieve her overall goal: to become a commercial pilot.

“I’m not doing the flying program at my school, but I’ll get a flight instructor or fly on my own and just rent a plane. It’s a requirement to stay current, so I have to do that while I’m there every six months,” Terry said. “[To become a commercial pilot], I’ll have to get my instrument rating, which I’m doing right now, my commercial license, and my ATP, which just says I can transport passengers. And you have to get a lot of hours to be hired, normally it’s over one thousand.”

Despite Terry’s head literally being in the clouds, her goals and feelings towards flying are quite grounded.

“It’s something that I really love and the career that I want to do. It just gives me a new perspective of my life,” she said.

The plane Terry flies is a Cessna-172, and the current license she has limits her to flying single engine planes and on land planes specifically. However, she is currently working to further her license.

“I’m getting my instrument rating right now, meaning that I can fly through clouds and foul weather,” Terry said.
Terry’s love and passion for flying grows stronger with each flight.