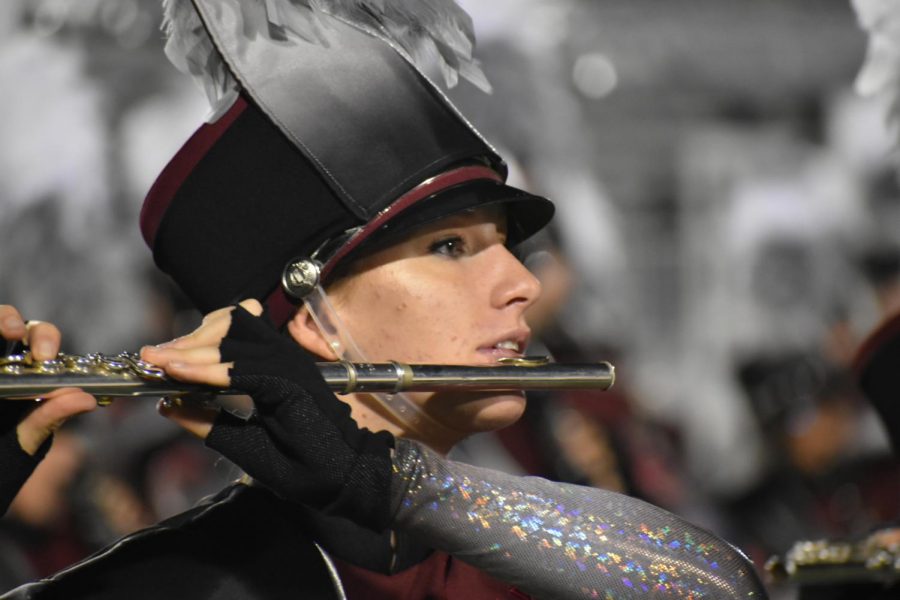 Wando’s band broke the state record at the AAAAA band competition in Irmo, S.C. on Nov. 2, winning its 12th title.
Students started to prepare for their performance during the last week of July and have been building their skills all year.

With the help of local painter and Program Coordinator of 16 years, Michael Gray, the idea for the performance was decided — the show was called Absentia. Wando’s music staff then choose music that best fits with the theme.

The students arrived at the competition at 11 a.m. in the morning and performed in preliminaries at 2 p.m. After winning the Lowerstate title, the band performed in finals at 7:30 p.m.

“I’m really proud of the way our students represented us there, not only on the field but off the field,” band director Bobby Lambert said.

The band won its first championship in 2006.

See page 36 in the third issue of the Tribal Tribune for more pictures.