Campaigning is out of control 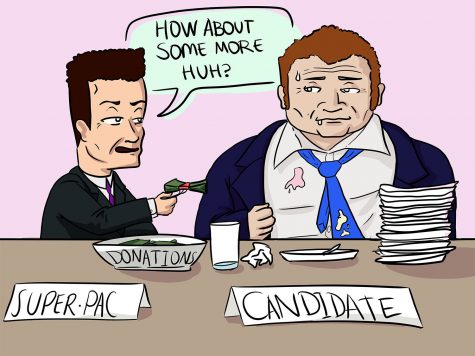 $8.65 billion. That’s how much was spent on campaigns from 2015-2016. But a large percentage of it did not come from small donations — it came in huge sums from interest groups. Out of this trend a huge push to take big money out of politics has emerged, and the American people have noticed. Campaign finance reform is a top priority for voters disenchanted with the elitism of Washington.

But how did we get here?

In 2010 the landmark Supreme Court case Citizens United vs FEC allowed corporations and unions pour unlimited funding into political campaigns. It went fully into effect in 2012, which became at the time the most expensive election year in history, with $6 billion in total spending.

In 2002 John McCain pushed into law a bipartisan campaign finance reform called the McCain Feingold Act that banned Dark Money. But after Citizens United nullified it, no such law has been able to come into effect. And since then, no bipartisan efforts have taken shape again.

To start, funding has a much larger impact than it often gets credit for, money is everything to a campaign especially in local affairs. And all of it comes down to how voters get informed and how they see candidates. Media attention and advertising are the two biggest factors in spreading candidates’ messages. During a presidential race getting media attention is not a big deal, but in a local election it is nearly impossible, so instead advertising takes centerstage. Advertising is critical to any national or local election, for many it is the only way they get informed about candidates and their policies. And for this funding is crucial.

In many local and state elections it is difficult to raise significant funding through grassroots support alone, but even more so when the opposing candidates have well funded interest groups on their side.

This massive funding comes in through a variety of means, but the most common is simply that a politician is aligned with an interest group’s ideas. In some cases this is not a problem. In Rust Belt states with heavy union influence, labor unions usually represent constituents and have a reasonable amount of influence over their politicians. But in others, it can look like a national organization trying to swing small elections to elect favorable candidates.

In the 2014 U.S. Senate elections, there were 10 competitive seats, and in the funding for these 10, 71% of all funding came from “Dark Money.” “Dark money” is the loophole that corporations and interest groups exploit. As long as there is no coordination with candidates, organizations classified as non-profit interest groups have no limit on donations to candidates. For context, the limit on small donors is $2,800. If this seems like an easy way to funnel massive donations into a campaign, that’s because it is.

The largest single campaign spending, unsurprisingly, comes from the presidential election, around $2.4 billion in 2016.

Hundreds of millions in funding comes to candidates through Super Pacs, which allow massive donations to go to candidates circumventing campaign contribution limits. And some candidates even circumvent this flimsy system by just financing themselves.

In the 2020 election, over $1.1 billion has already been raised, and over half of this money is coming out of the pockets of two candidates — Tom Steyer and Mike Bloomberg. Steyer has raised less than $2,500,000 in small donors, and Bloomberg hasn’t raised a cent. In the three months he has been campaigning, Bloomberg has spent more than Trump and Sanders combined have over four years. It’s easy to see why this makes it so hard to compete using only donations from constituents or grassroots donors.

This system is not democracy. It’s bribery.

There is a good reason only 15% of campaign funding for Congress comes from small donors. Why would candidates care about small donors when they do nothing for them on a funding level? Having so much money flowing through our government leads to corruption. The government will never represent the people unless the people are the ones controlling the government.

The McCain-Feingold Act was one of the greatest pieces of legislation of our century until it was overturned by the Supreme Court. Until we find a way to replace it, our elections will continue to be bought. America needs to be a place where support comes from supporters and not from donors. The only way to do that is to return elections back to the people.