Eighth Grade perfectly encapsulates the life of a middle schooler 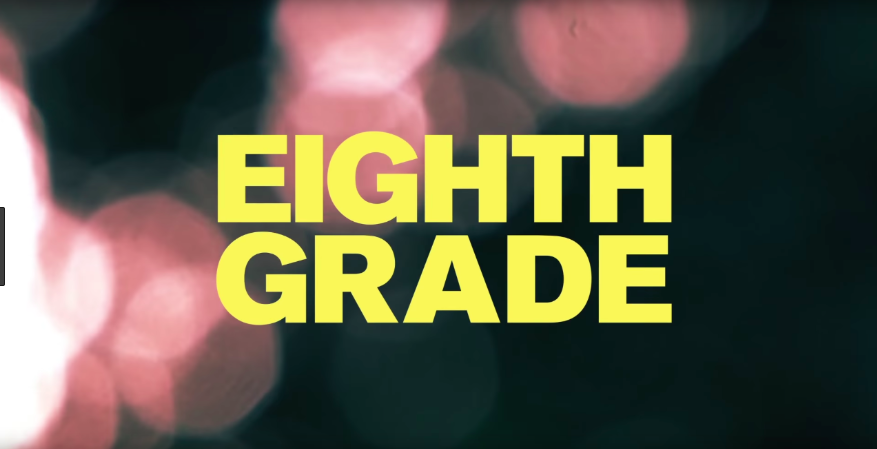 Eighth grade sucks for almost everyone. What an incredibly awkward time to be alive. The disastrous outfits, the cringe-worthy moments, it all seems to be a little bit unfair. Writer and director Bo Burnham channels that inner pain and adolescent angst in a perfect way in his new movie Eighth Grade.

In the age of Generation Z, the selfie epidemic and other acne-prone nonsense, Burnham made this movie with a message: being yourself is one of the scariest things you can be, especially in a middle school full of popularity-seeking fiends.

Thirteen-year-old Kayla Day, a shy girl who dreams of fitting in, is trying to do just that. With only two weeks left of her eighth grade year, Kayla makes attempts to get out of her comfort zone and be confident. To stop surviving and start THRIVING. With the help of her dad who’s trying his best and a high school mentor that takes her under her wing, Kayla just barely makes it out alive.  Elsie Fisher, who plays Kayla in the film, takes the uncomfortable and insecure life of a middle schooler and embodies all of those emotions in her acting.

The plot itself sounds familiar. This sounds like a documentary of my own life. The screenwriting for the film was accurate and personal. The dialogue was vulnerable and real. Burnham perfectly channeled the awkward words of an eighth grader.

The directing in this movie is amazing. I was captivated watching poor Kayla Day navigate life from behind the screen of her cell phone. Each shot was taken with a purpose.

One of the best parts of this movie was the soundtrack. Oh wow, the soundtrack. The music used on the screen was not some elevator diddy, it was powerful. Anna Meredith, a British composer of electronic and acoustic beats, takes credit for these absolutely amazing tracks. This music is not your traditional orchestral movie soundtrack. It is isolating and mean, forcing you to focus all your attention on the moments unfolding on screen.

The plot of the movie itself is not particularly outstanding, but that’s ok. This movie is not merely for entertainment purposes. Instead, it packs a powerful punch with a clear message. Eighth Grade is art, a beautiful and cruel indie film that will still mean something to people in 10 years. Each shot is packed full of emotion, relying on the actors on screen to provide you with feeling rather than a sort of entertaining plot.

This movie has turned film making into an art form. Bo Burnham’s phenomenal direction at 27 years of age is pleasantly surprising. The isolating directing style combined with the bombarding nature of the soundtrack make for an incredible film about the difficult life of young people in the modern age. This is an indie art piece and should be seen by every middle schooler, every high schooler and every person with working ears and willing eyes. If you are looking to be entertained by some sort of action-heavy film, this movie is probably not for you. If you are looking to be inspired, come see this movie and feel lucky to have moved past the emotional train wreck that is middle school.