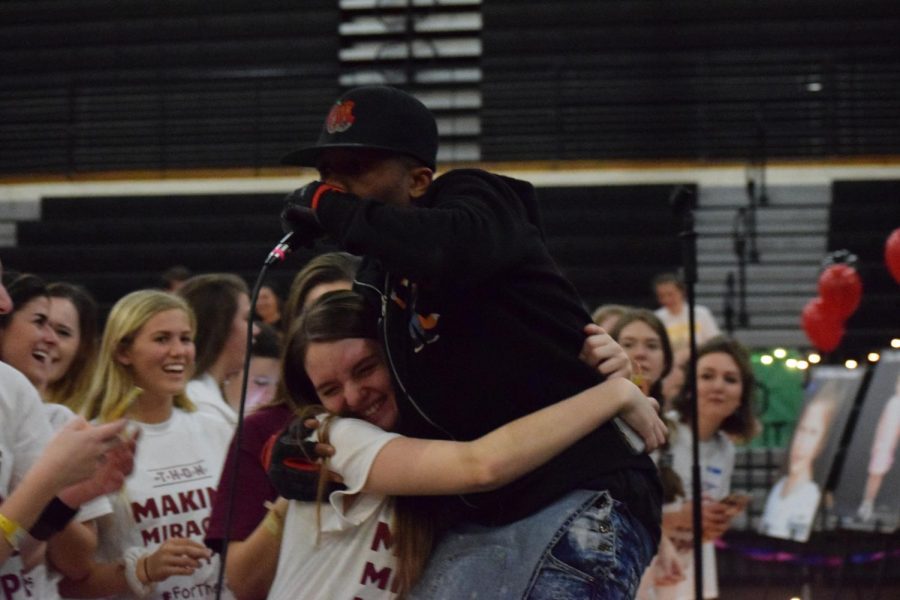 Through the past three months,  Wando students raised $23,525.39 dollars for the new Shawn Jenkins MUSC Children Hospital.
Being the first dance marathon that Wando as hosted, the school had hopes, but uncertainties of the turn out. But the fundraiser on Feb. 3 exceeded the planning committee’s money and dancer goals.

The night, filled with local artists, zumba, games, was fun, but became emotional at times.

Patients and parents from MUSC Children Hospital told their stories throughout the day, showing the struggle they face on a daily basis.

Senior Connor Griffin, one of the leaders of the effort, was happy with how the event turned out, specifically the closing ceremony.

“Kind of like an ending ritual, we all gathered around in a circle. And at the beginning of the day we all got hospital wristbands, and at the end of the day we all cut them off in a circle (…) signifying you’re free to go home,” Griffin said. “Just like as if a patient was free to go home to cut off their bracelet. That was very very emotional, especially after seeing how much money we raised.”

While being part of the first Wando-Thon, Griffin is looking forward to the years to come.

“I think this is an event that can become entrenched in Wando’s culture for the next decade and beyond,” he said. “The goal is to have it every single year we are doing this event and it’s like our superbowl, because regardless of who it’s for, it’s going to be for a great cause and it’s going to be tons of fun.”

Over 140 people attended the event.