Gallery: Through the lens of editor Hunter Musi 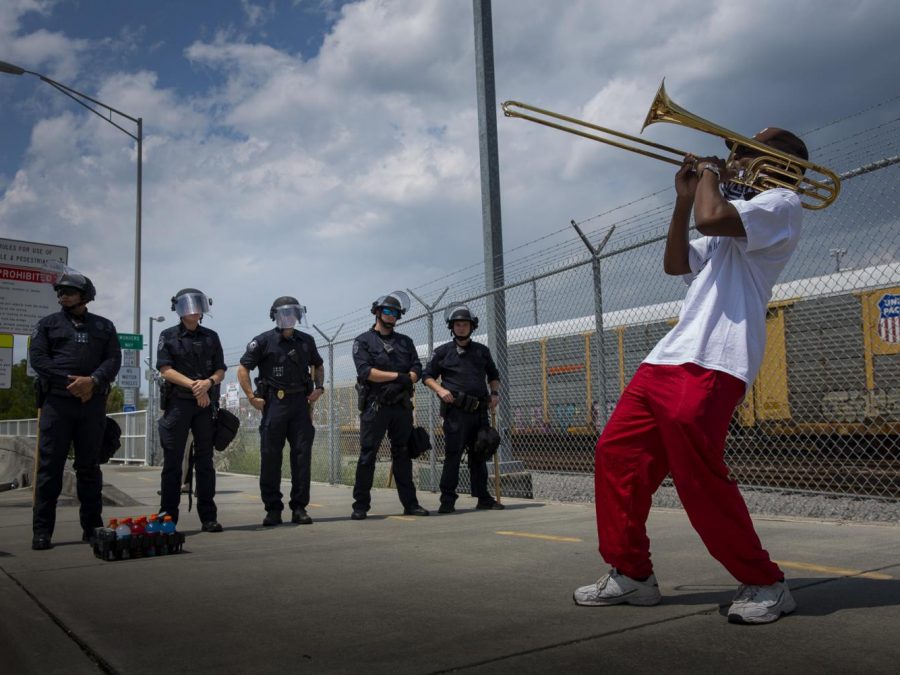 Protester Marcus McDonald playing the trombone for officers at a police checkpoint to the Ravenel bridge. The East Bay bridge entrance had been shut down to prevent a protest from occurring on the bridge as originally planned.

I was in downtown Charleston covering the clean-up and rebuilding efforts on the morning of May 31. I followed protesters as police chased them around downtown Charleston for around an hour. The protest eventually settled in Marion Square, where police fired rubber bullets and tear gas at protesters and journalists alike. After protesters were forced to Meeting Street, the police blocked off the street from both sides and slowly thinned out the crowd. This turned out to be the perfect moment for police to shoot a tear gas canister directly under my feet despite being a block away.