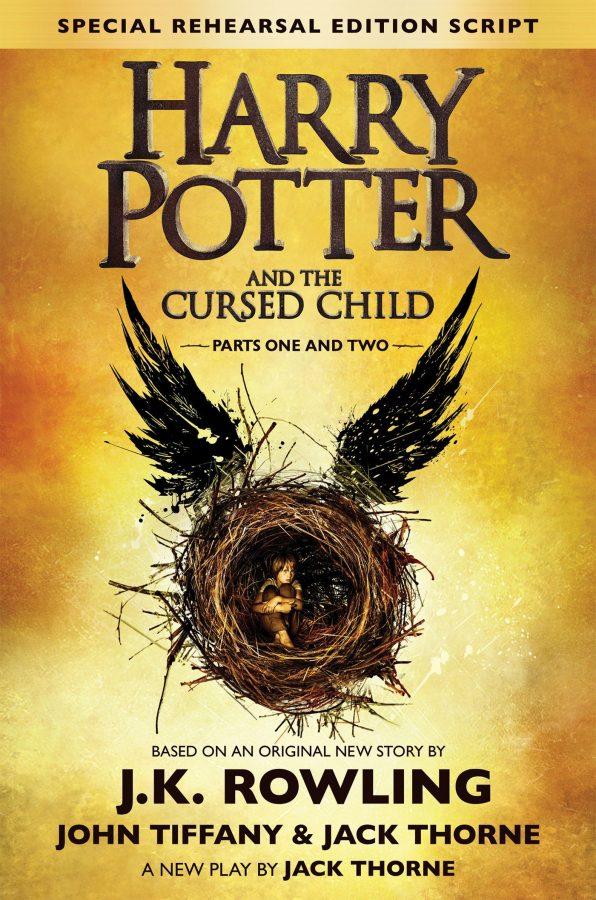 After nine years, Harry Potter has finally reemerged. But this era of the Wizarding World has a new star, Albus Potter, his son. Coming back to Harry Potter, my hopes were high and this play did not disappoint. Even as adults, Harry, Ron, Hermione, and Draco along with their children, face challenges they thought they would never have to go back to.

For Albus, following in his father’s footsteps is a next to impossible feat.  So, it comes as no surprise that even from the beginning, he and Harry have a very strained relationship. This element of the story seemed especially real to me. Harry growing up had no father figure, so trying to navigate his way through parenthood is bound to have difficulties. It was a shock to the system to see Harry, The Boy Who Lived, have to struggle with something not extraordinary.

Albus’ best friend Scorpius also has a relationship with his father worth discussing. For a boy who grew up with a terrible family life and no positive influences, Draco still manages to become an understanding and supportive father, which was endearing through the entire read.

The real trouble begins when a chance meeting with Cedric Diggory’s cousin Delphi leaves Albus believing that he can fix where his father failed, go back in time, and save the people Harry was unable to. Enlisting Scorpius and Delphi, they find the last remaining time turner and go back to fix everything. Obviously, changing the past never goes the way one thinks it will. Time travel is oftentimes very over done and difficult to get correct plot device but with these characters, I feel that it was the right way to go. Using time travel was a very in-depth way of discovering things about the characters, their relationships, and worked as a conduit to fix them.

Overall, “The Cursed Child” was just lovable. While certainly not the best Harry Potter book, it still had wonderful traits and revisiting the characters with official canon stories instead of little facts or fan theories is a dream come true. The plot was written fairly well but, the characters are what truly make the play. Their interactions with one another, especially Scorpius and Albus, made my heart happy and that is the best reaction you can hope for from anything you read.