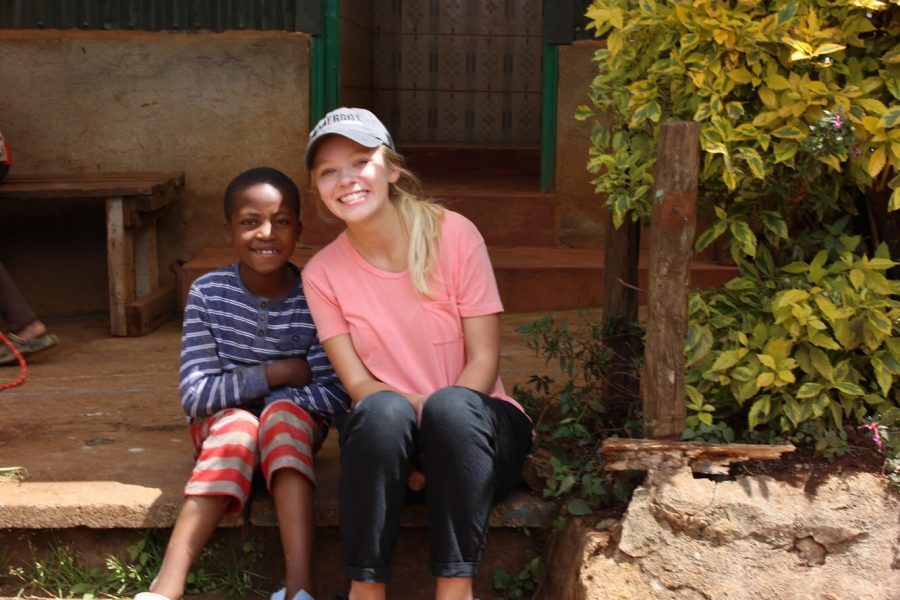 There were houses made of tin, sheet metal, and mud. There was no electricity, and the only water to be found was in the river of sewage and debris sitting beneath the 2-log bridge. I was informed that there were over a million people living in this 2.5 square kilometers. I wondered how it was possible.
I came to realize that many Americans immediately connect poverty with a lack of money. While unemployment takes over half the population of the Kibera slum outside of Nairobi, Kenya, their poverty is not only characterized by this one factor. Because contraception is almost impossible to access or afford in this place, women, young girls, become pregnant at a very fast rate. While marriage is not a prevalent custom, it is easy and common for a man to abandon a woman he has impregnated, who does not have the means to support another life. This is how a child can be abandoned. It was when I learned of this system and observed the ramifications that I grasped the other factor.
Relationships. These that are broken contribute to such a loss that is very damaging. When I first stepped foot into the center, I was practically tackled by all of these children saying, “mzungu, mzungu!” (“white person, white person!”). I am pretty sure I came back home with half the head of hair that I went away with, because blonde hair was obviously a rare sighting, and the kids loved nothing more than to run their fingers through it all day long. We played together. We talked together. We learned from each other.
The first day I went with the team to the center, we were going on a day trip to the zoo. As we were leaving, a thirteen-year-old named Margaret grabbed my hand to lead me to the bus. She never let go. I would later come to find out (through reading her biography) that she and her younger sister Beatrice were abused and abandoned by all members of their family before they came to the center. Reading each story on the children that I had been with for awhile now, I was heartbroken. I knew that the situations they came from were bad, but getting to know these genuine, affectionate, innocent kids before I knew the details made their stories that much more emotional. Another child that I grew a strong attachment to was Jebali. He was seven years old, however, due to the mental and physical disability, he was only the size of about a four-year-old. Unable to walk, I readily volunteered to carry him around with me, for although I could not translate what he said, he brought me so much joy.
I worried if there would be hope for these Kenyan people, and for these abandoned children after our team was gone. I so greatly wished for them to feel love. However, I was perplexed at how content everyone was. Every person I met had a smile upon their face. Pure joy. For about a week and a half, I spent time giving every bit of my full heart to each child. I fell in love with each and every one.
The children that stay at the Limuru Children’s Centre (LCC) are rescued from critical familial situations. Although many come in pairs from the same family, they all become siblings. They play, they fight, and they love. Each one looks after the other, despite the lack of a blood-relation. The “moms” cook, clean, and dress the children as if they are their own. The father figure of the household is Patrick Mungai, manager of the LCC who has spent years pouring his heart into the center and the lives of the kids. I was fortunate to be able to have a conversation with a new volunteer at the center, Julius Ngugi, who opened up about his purpose for being a part of the center. As a mentor for the young boys, he guides and counsels them to become strong men, faithful and right in their morals. He also leads them spiritually, and asked for our support in prayers for their struggling community. “Fight in prayers,” he said to me with a smile on his face, “It is a great warfare.”
The answer to the question of how this trip changed me is indescribable. Yes, I was incredibly humbled by what I saw and the people I encountered. I was also dumbfounded by the beauty of the world on the other side of the globe. Not just the breathtaking landscape, but the warm hearted people that live within. Every day I long to hold Jebali in my arms once more, just so he knows he is loved and cared for. I desperately want to hold Margaret’s hand again, and be the mentor and friend that she needs as a teenage girl. There is hope found in Patrick Mungai. There is hope found in Julius Ngugi. There is hope found in those who travel to the worlds on the other side of the globe.