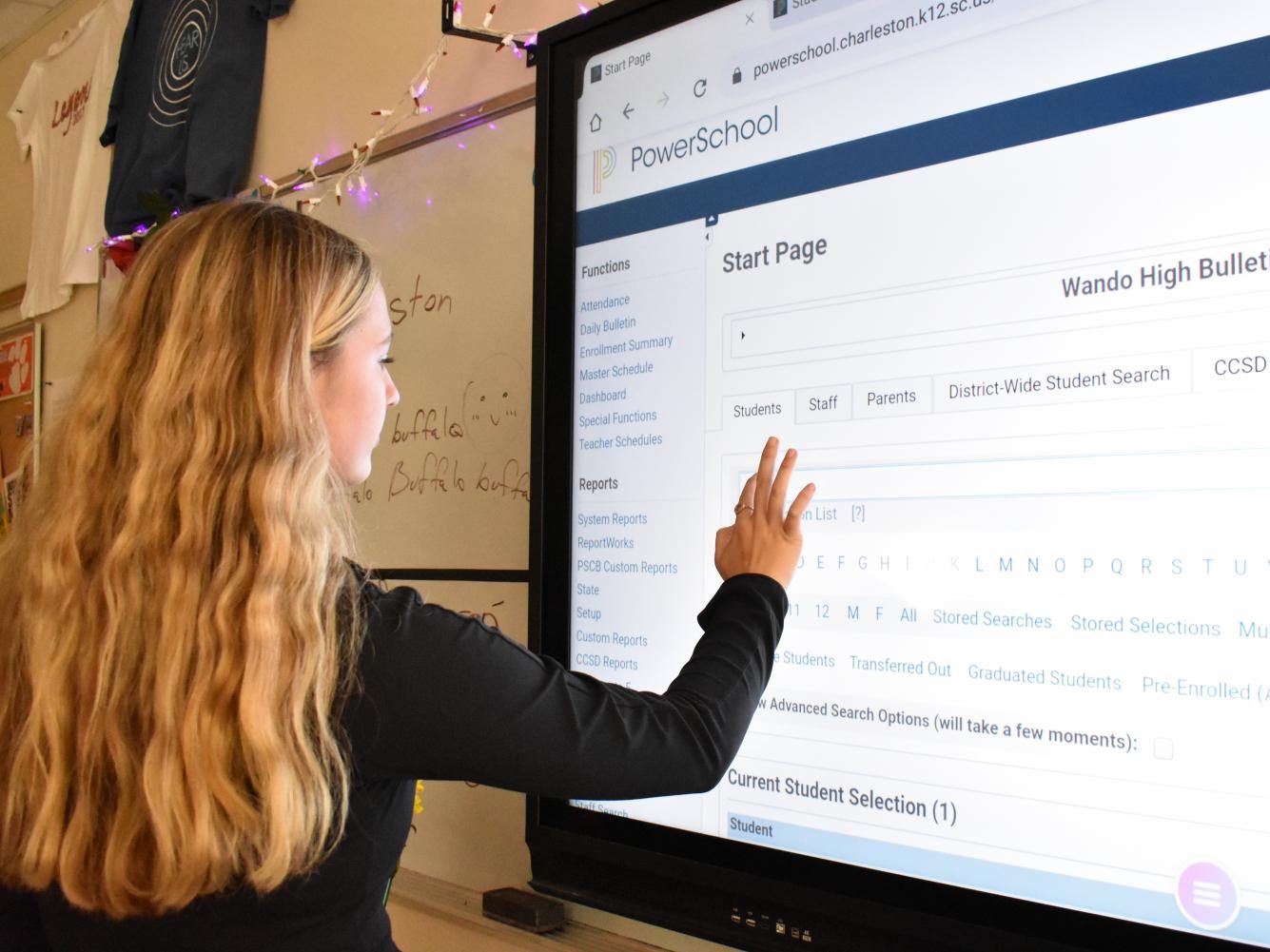 Keeping Up With The Decade

Technology changes as quick as day shifts to night. To keep up with the change, school districts have to adapt:

“I think we replaced them [SMARTboards] because…not keeping kids exposed to the new technologies certainly limits their exposure and growth long term, and in a world where Technology is changing so incredibly quickly, kids seeing the new stuff in class and using the new stuff is important,” said Ian Banker, AP Computer Science Principles and Principles of Biomedical Science teacher.

This year, IT reported to have installed 196 Promethean boards in Wando’s original building, replacing the now 11-year-old SmartBoards.

The district follows a four-year installation process in which schools all over the district are upgraded based on the age of the technology being replaced.

The CAS, unlike the main building, is much newer. Their smart boards were installed more recently, so CAS SMARTboards will not be replaced until “they reach end-of-life next year,” according to Emily Elliott from the Department of Innovation and Digital Learning (IDL). In terms of how the plan came about: The district, after attending a variety of meetings, chose the Promethean with the help of a group of teachers. The teacher group included those from elementary, middle school and high schools; participants were given prototypes in their classrooms to evaluate. The boards were rotated between teachers every few days. At the end of a two-week period, the decision was made based on teacher feedback.

The district has a certain amount of assets set aside for different criteria  — multimedia, staff, building and etc. According to chart collected by Elliott from the IDL department from some colleagues in the Information Technology (IT) departments of the district, the assets for the boards come from an “allocated portion of the sales tax budget dedicated to replacing and upgrading old technologies in schools.”

The Promethean boards came at a cost of “$3000” each, according to the IT department, not including the installation price, which, according to The Post And Courier, raises the price up to an “estimated cost of about $4,000 per classroom.”

Along with the boards come Promethean contractors — such as Erik Sykes — who are responsible for educating the teachers about the boards post and prior to the installation. Addressing any possible questions and showing all of the boards’ features and uses to the school staff, “my role is to help teacher’s through this transition…my goal is that no instructional time is lost because they transitioned from smart to promethean boards,” Sykes said.

Unlike the smartboard that uses a projector with a light bulb, which can burn out over the years, the promethean boards are entirely individual entities. They function as a large tablet, or “a tablet on steroids,” said Sykes, with a similar operating system to an android. They can function alone or connect to other devices with screen mirror.

They are designed to include features such as screen capture, access to the internet, ability to add annotations, draw mode,  as well as 20 touch points — allowing multiple people to work on the board at the same time — which can all be found on the Promethean Website, under the description of the ActivePanel boards.

On top of that, teacher feedback at Wando has proven to be optimistic.

“I find that the ability to write on them is easier, the ability to cast on them is easier, the HDMI input is a little cooler, I like that you can access the internet and your google drive directly from them without needing a computer. I think that’s a huge aspect, where with the smartboard you needed a computer hooked up to it for it to be useful for the most part. The lack of computer requirement is cool,” Banker said.

Some question how beneficial the boards really are — especially since they come at hefty price.

“Right now it’s a new toy, and there is a lot of us who really love them, but is it really a love, or is it just infatuation?” Banker said. “This is something that we have only had for three months and we don’t know how annoying they are gonna be in three years.”