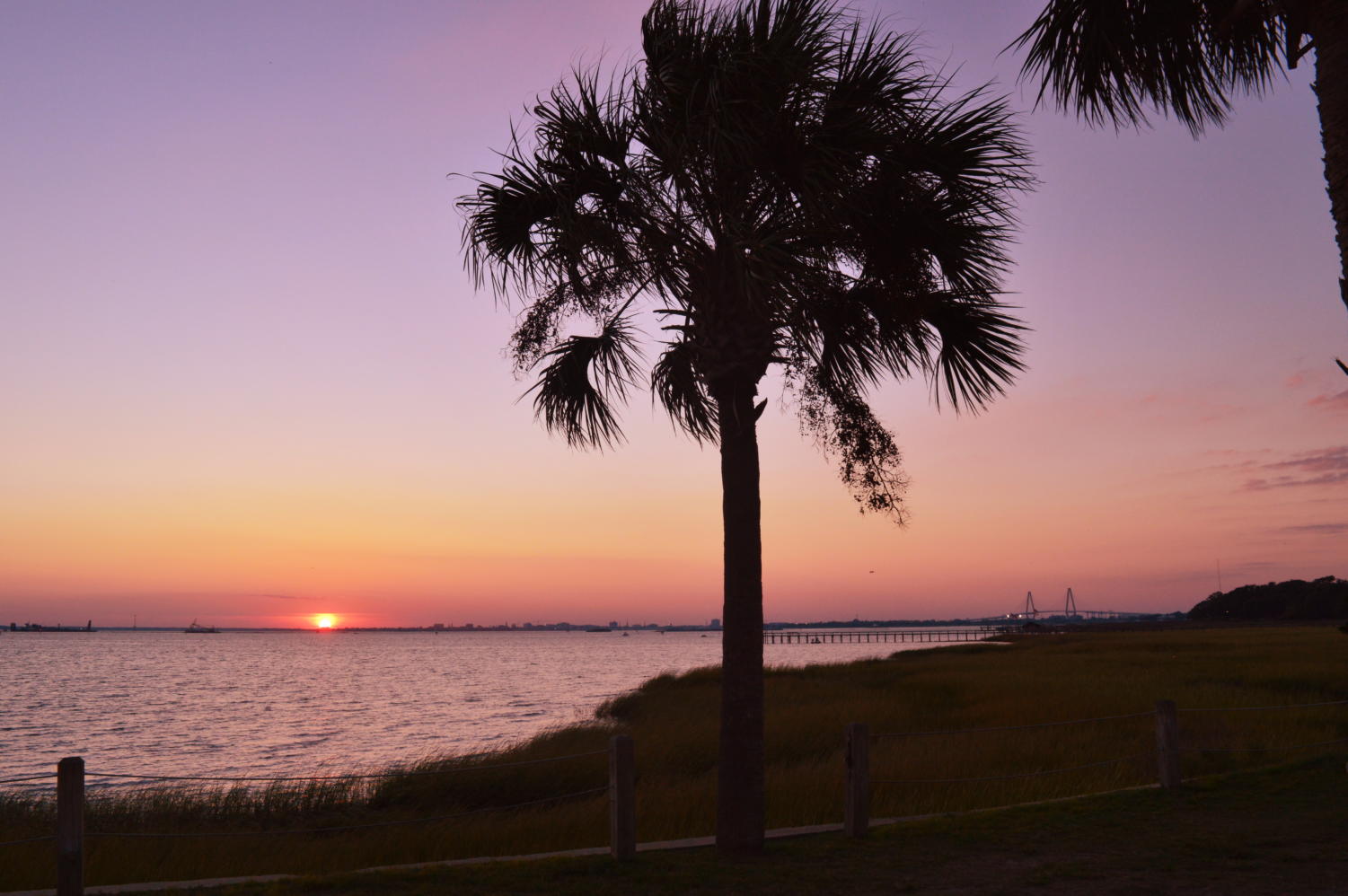 The view of one of Charleston’s one of a kind sunsets seen at the Pitt Street bridge here in Mount Pleasant, featuring Charleston’s famous Ravenel Bridge in the back! (Ana Troiani)

The view of one of Charleston’s one of a kind sunsets seen at the Pitt Street bridge here in Mount Pleasant, featuring Charleston’s famous Ravenel Bridge in the back!

Charleston is known for being a beautiful place on the water. There is no better way to enjoy the weather than watersports. Junior Trae Jones loves spending his time in the water doing watersports.

“I moved here from Connecticut like 5 years ago. I started surfing a lot on Folly beach with my friends and when I got better we did more stuff like wakeboarding and skurfing and wake-foiling behind our friends boat,” Jones said.

He went from a small town in the north knowing nothing about surfing to becoming his favorite sport.

Jones explains what it feels like getting up on the wakeboard after mastering the sport. “Jumping into the water is the best feeling and getting up on the board is even better. The wakeboard is like snowboarding but opposite because you gotta put all your weight on your back foot instead of your front. You have to lean all the way back while getting up and once you’re up you just messing around,” Jones said.

“I go double, which is when two people go at the same time and we just jump the wake and take turns weaving in and out of each other. To jump you just have to bend your knees and hold them tight in that position and like keep going at the wake 90 degrees. If you bend your knees it’ll absorb too much shock and you won’t jump high,” he said.

Jones says the jumps are the most exciting part of wakeboarding because there is nothing else like the feeling of being up in the air on your board trying to clear the whole wake.

“When we go skurfing we take two normal boards and just go behind the boat. It’s a lot slower than wakeboarding because you’re carving instead of jumping. The goal with skurfing is to get up and down the wake as quick and smooth as possible. We usually go like 15 mph when we skurf but way faster like 22 for wakeboarding,” Jones said.

Surfing is not the most comfortable sport sometimes, but once you’re up on the wave or wake it’s worth it.

“Obviously everyone has to wear a life jacket, but it makes it a lot harder to get up on the surfboard with one on. When we start how someone would start on a wakeboard with your feet up and the board laying down,” he said.

“I put my right foot in front but there are mostly lefties. It kind of just means what side you’re gonna jump on. It’s honestly better to go with someone with the opposite foot if you’re going at the same time so you can jump the opposite wake instead of taking turns.” Jones said.

Jones did not grow up on the water but his dedication has taken him down an amazing path in the time he’s lived in South Carolina.

“I just think people should learn to love the water as much as me and my friends do because then you can learn to do sports that last your whole life instead of sports that people grow out of when they get older,” Jones said.