Wando Dance team has a bright future ahead 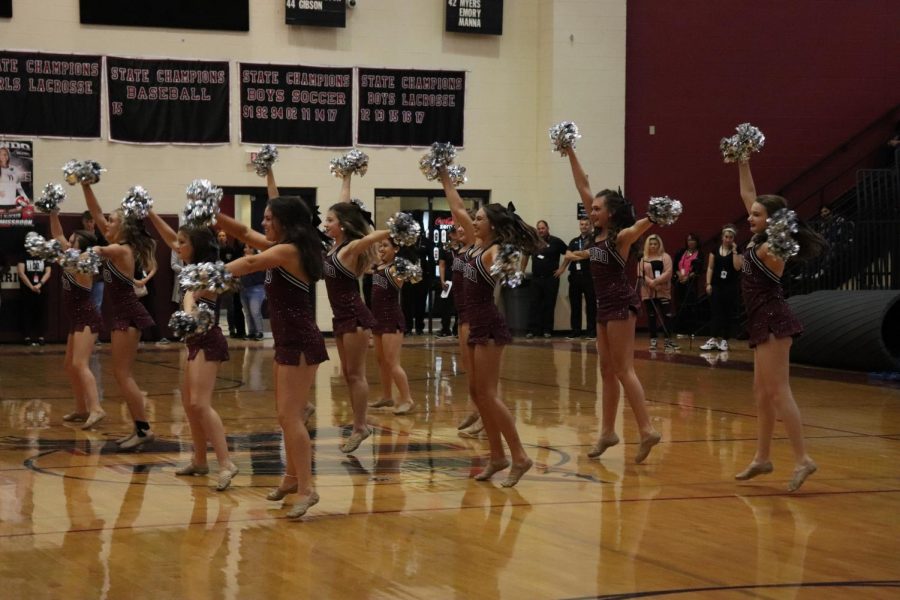 After previously coaching a dance team in Indiana for 10 years, Coach Sierra Stephens was ecstatic when she saw on a dance team coach Facebook page that a large high school in Mount Pleasant was looking for a coach for a new team.

“I reached out to that coach, met her at Starbucks and was recommended for the spot after speaking with her,” Stephens said. “It was the most stress-free interview ever.”

When she found out that she got the job, Stephens was thrilled and hoped to bring a bright future to the new Wando dance team.

“Under my direction, [the team in Indiana] won eight national titles and numerous other accolades,” Stephens said. “I was excited to bring my experience to Wando with this new program and hope to make this team just as successful.”

This new team of dancers competes jazz and pom style dances, along with performing dances before the football games. Once basketball season begins, they will perform at every half time show.

The girls have also been preparing for their upcoming competition in Tennessee on Dec. 1, as they have been practicing on Mondays and Wednesdays from 4:15-7:40. They will be competing their jazz and pom style pieces.

This is only the dance team’s first year, but sophomore Brynn Burke and junior Sydney Scoggins have already made the most out of it.

“Since we’re a new team, the only things we’ve really done are go to camp,” Scoggins said. “We got first place on our home routine, received all blue ribbons and a spirit stick.”

The team attended the Universal Dance Association Camp at Lander University in July. Along with the whole team’s awards, Burke received the Drill Down Award as well as junior Alli Downing who came in third place for drill downs.

“I really liked going to summer camp because it was really fun to stay at a university and dance all day,” Burke said. “I also have really loved performing at games and being able to show off our talent to the school.”

“We had a Carolina Girl graduate help us out during the summer,” Scoggins added. “She helped us more on a personal level and went through all of her experiences to calm our nerves, pushed us to get better and gave us tips for college.”

Not only are the girls competing and performing but are also active in the community. The dancers cheered on those with Down syndrome and their families Oct. 7 at the Buddy Walk from the beginning to the end of the race.

“Seeing their faces light up brought a sense of love and pride to our hearts,” Scoggins said. “It felt really good to support the community with our team.”

As the spring comes around, so will tryouts for the team’s second year. Those who are interested in being on the team in years to come should make sure to work on their technique and be sure to have some sort of experience in the dance or cheer field. Taking part in the dance classes at Wando is not required.

“The team practices a majority of the year so it is essential to be committed to the team from the end of April through the beginning of March,” said Stephens. “Team members practice two times per week for three hours and then add an additional three hours of conditioning & technique practice during the summer months.”

“Although the dance team is really hard and it’s a lot of work, it’s very rewarding and fun,” Burke said. “It’s a great team to be a part of.”