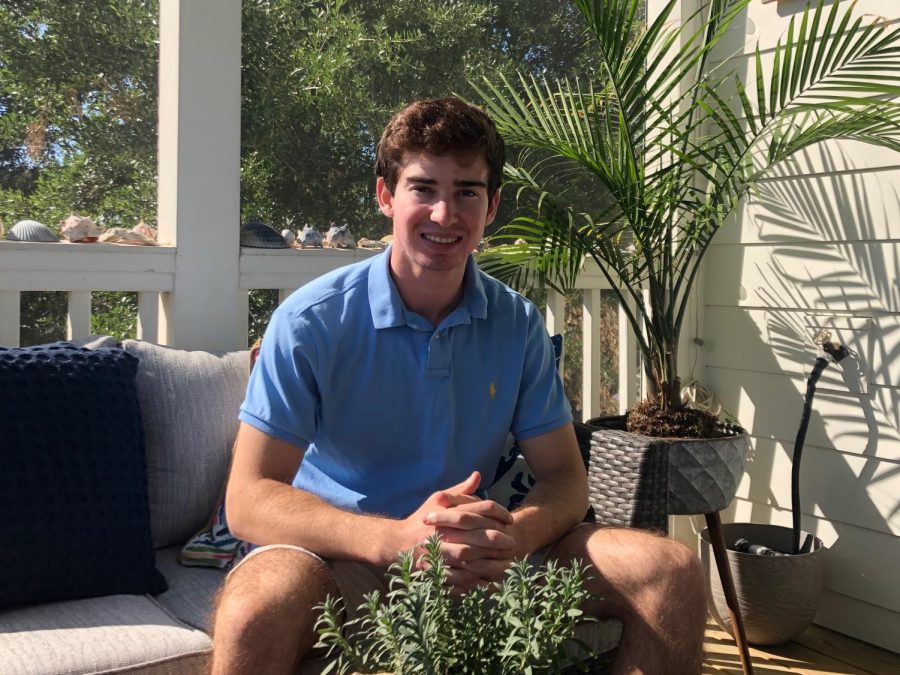 What is the Marine Merchant Academy?

It’s a federal service academy. You usually go there for four years and its free tuition. After they graduate, they can be commissioned into any branch of the military or they can have a five-year commitment to the marine-time industry. During the four years, they’ll spend a total of 300 days at sea on a cargo ship. Or if they already know the military branch that they are planning on going into, they can go on cruises or carriers — stuff like that.

Do you know what you are going to do afterwards?

I’m not sure but I definitely am gonna use my time there to figure out. My dad and both of my older brothers are officers in the Navy now, so I don’t know yet.

What was your favorite part of high school?

Meeting my friends now and just going out with them all the time doing fun stuff.

What do you think you’ll be remembered for?

I think I’ll be remembered for being kind and really nice to everyone. I’m just a guy trying to do his best for the people around him.

Who would you say is your biggest inspiration?

Definitely my dad. A lot of times growing up he would work on a submarine and it never felt like he was gone even though he would be gone for long periods of time. I always want to be like him.

Are you excited, scared, how do you feel about leaving high school?

I’m a little nervous but not really scared. I know it’ll be okay. I think it’ll be fun and exciting.

How did you feel when you got accepted into the academy?

I was really excited because to get into the service academy there’s a lot you have to go through. You have to get a nomination by the senator. Also it’s tough to get into. The Merchant Marine Academy has a 20% acceptance rate so it was tough. Then there’s like six months of work leading up to it so it felt really good when they told me.

Did you always know you were gonna do this since it runs in the family?

No, it was weird. About a year and a half ago, I was on a boat with my dad and we went past the port on the Wando terminal, and I saw the ships there and I was like that’s cool, what do I have to do to work on one of those. My dad was like you should go to the Merchant Marine Academy. So I was like, wow what’s that and I started to look into it when I got home. I was like I might actually wanna do this. My dad went to SUNY maritime college which is right across the water, you can see the schools from each other. It’s the same kind of thing, but you don’t have to go to the military. He went there and told me about it, which I thought was cool.