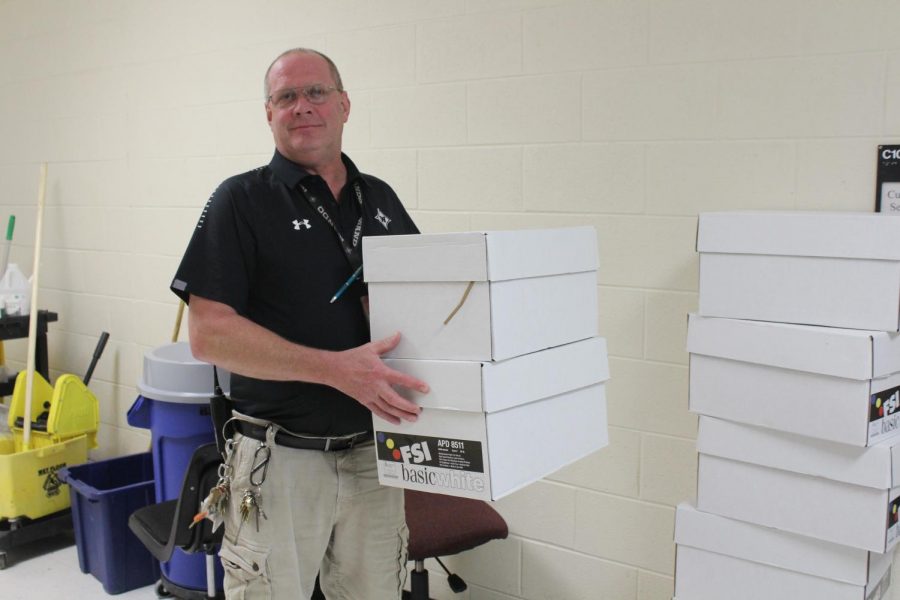 Before he was named Wando’s Staff Member of the Month for September, or even before he took care of repairs, Wayne Mack, who works for the school’s maintenance department, lived a life in the beautiful northeastern air of Vermont.

“I worked the night shift at a school of 500 kids up there for seven years. And then another eight or so in the day shift,” he said.

Mack lived there his whole life, and only recently moved to Charleston with his wife. He now works at Wando.

“I got older and I had always been good at fixing stuff,” Mack said about how he got into maintenance. “My wife worked for the HR department in the school system and told me about job openings so I went to them and got a job. When we moved down here I called up the company I work for now and they hired me two hours after applying.”

Mack is a fun-loving guy with a northern accent in South Carolina and stands out from the rest in the best way possible. He is known for being kind and hardworking among his co-workers, and the kids who get the privilege of meeting him.

What is truly interesting, though, is the work Mack did before he even thought of working for schools.

“I pruned fruit trees as a professional arborist all the way from Maine to New Jersey since I was 17,” he said. “Thirty-five years I did that.”

He sometimes had to fix up chainsaws which were used for pruning, so he was already familiar with repair work, leading to the job he has now.

He has always enjoyed the outdoors and even tried to get back into it when he came to Charleston in 2014, but according to Mack, “I just couldn’t ‘cause there was so many people doing it already — it’s massive. I love working here at Wando, but I do miss being outside.”

He chuckled as he said, “But with the heat here, the humidity alone would kill you! In Vermont now, it’s snowing. Down here it’s a whole different world.”

“I would go back in a minute,” Mack added about pruning trees,“because I worked like that most of my life. I even got to travel to New York to work on these grande orchards. I’ll never forget them. They were beautiful.”

Heat aside, he said one of the biggest changes was just how many students attend Wando, given he was used to a small 500.

As for when he found out that he was gifted this award, his reaction was shock. “Mr. [Assistant Principal Dan] Conner said that Dr.[Sherry] Epp wanted to see me, and then they told me — I was surprised!” he said.

After all of the praise for his work here for the school, he still remains humble and wants but a small thing in life.

Mack wasn’t sure about returning to Vermont when he retires.

“I don’t know, maybe move somewhere nice on a big lake so I can fish. My goal maybe in life would be to someday own an orchard,” he said. “A small one where I can pick my own stuff and sell vegetables. I’d do it in a minute.”