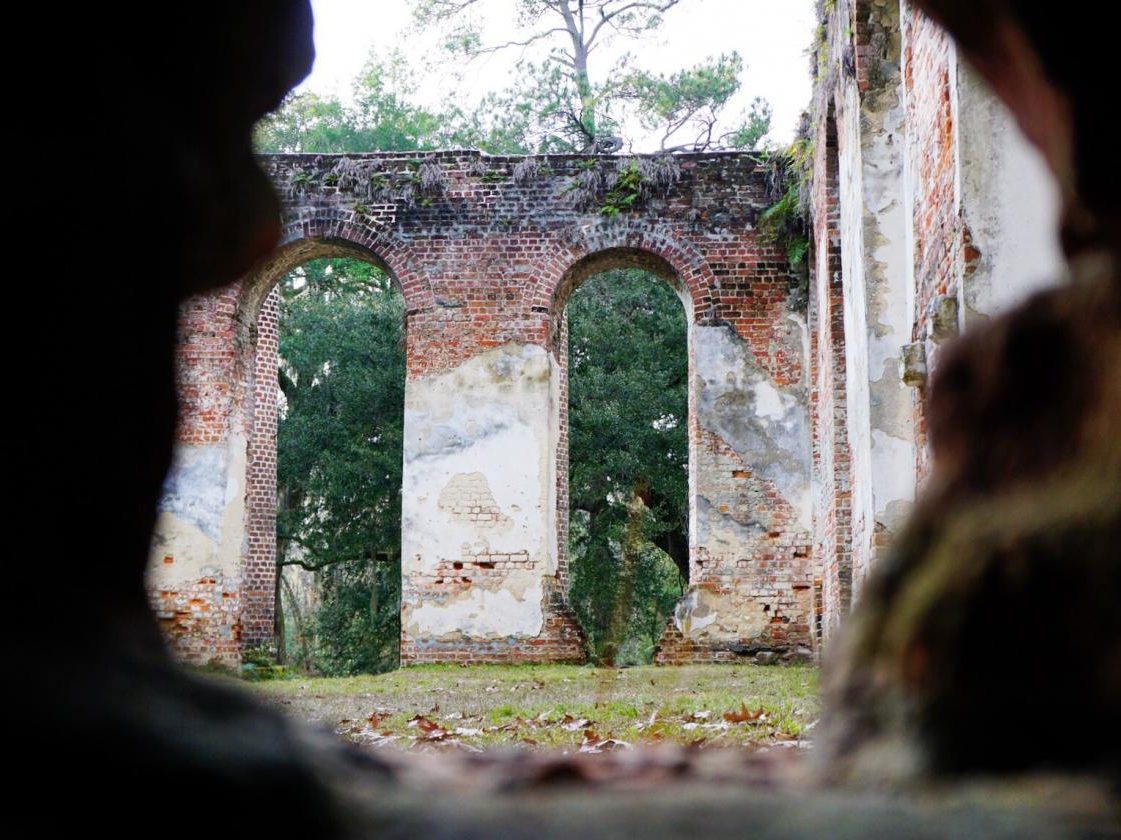 In the middle of the woods in Yemassee, S.C. stand 16 brick pillars.

Some are more dilapidated than others with holes and plant growth, while others are glazed with white cement from a distant past.

All are shockingly tall, towering four or five human-lengths above the heads of visitors, and too wide to wrap arms around. Even the plentiful Oaks surrounding the scene are dwarfed by the enormity of it.

These pillars are the only remains of the Old Sheldon Church, a relic built in 1753.

In recent decades, the site gained the legacy of being one of the Lowcountry’s most photographed locations, hosting weddings, models and history buffs alike. Surviving in ruins through two wars on American soil, the church is revered by those who visit. But no longer are visitors allowed to enjoy its splendor up close.

The Old Sheldon Church ruins are located on private land that the Parish Church of St. Helena—another historical and actually active church in Beaufort—owns. In order to protect Sheldon Church from alleged vandalism, a fence was erected this June by the landowners that prohibits visitors from entering the area containing the actual ruins themselves.

The landowners have been struggling with the fate of Old Sheldon Church since at least 2016, when a team was hired to survey the land and create feasible plans for its continued longevity. At a reported budget of only $4,000 annually and without constant monitoring, it was destined for the church to become off-limits to the public after so long. Issues such as graffiti, poor soil and deteriorating structure are only a few that are fated to worsen the church and eventually lead to its third and final bout of destruction.

With such poor funding and urgency the erection of a fence is understandable, but the solution to saving the church ruins for good requires more than a fence. It requires the intervention of the government and urgently.

Why the South Carolina government did not use eminent domain many years ago to create a historical site where Old Sheldon Church resides remains a mystery. Even if South Carolina dislikes taking land from religious organizations like St. Helena’s, the Old Sheldon Ruins is not a place of frequently active service.

The cities of Beaufort and Yemassee both benefit from the presence of a preserved historical site economically and socially too, so the inability—or even refusal—of the state government to step in at this time is absolutely contemptible. The state seems to prefer passivity to preserving one of its most famous and historical features.

But now the final straw has been pulled. Now the public is not allowed near the Old Sheldon Church at all. And if we don’t ask for South Carolina to take the land for us, the church and land may never be publicly or even privately accessible again.

We can accept time for renovations or soil reinforcement or cleaning of the graffiti from the church walls. But we, as South Carolinians and Americans, cannot simply let our history become inaccessible because of a few vandals and poor funding. South Carolina must intervene, and must do it soon to make a difference.