Swim team takes both titles at the state championship 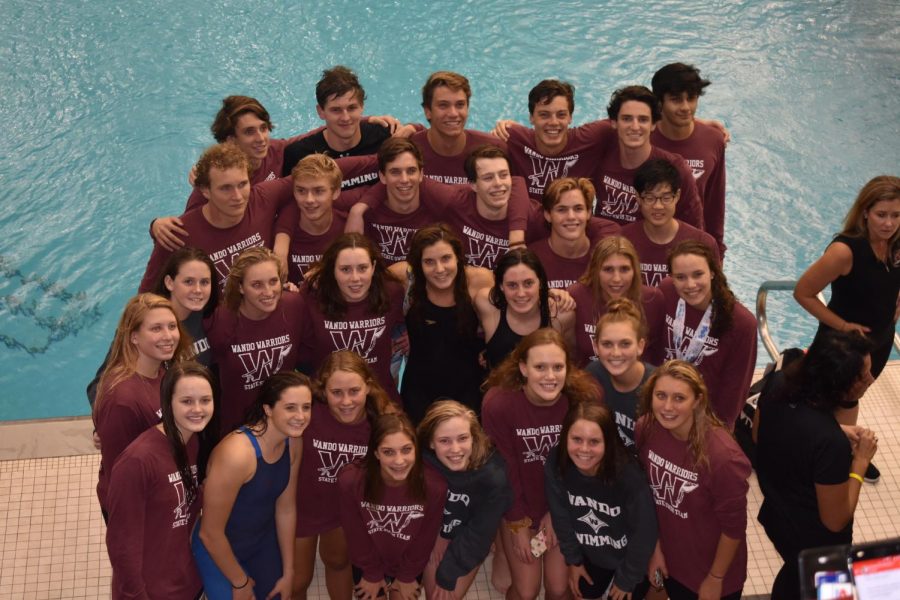 Another Championship for Wando Swimming.

Wando High School’s swim teams swept the competition for the second year running, seeing titles for both the boys and the girls teams.

The state meet was held Oct. 6 in Columbia.

The girls team won by a comfortable 194 point margin over Riverside, and the boys team won over Fort Mill by 133 points.