Teacher Feature of the Week: Football is more than a game for Coach Neal 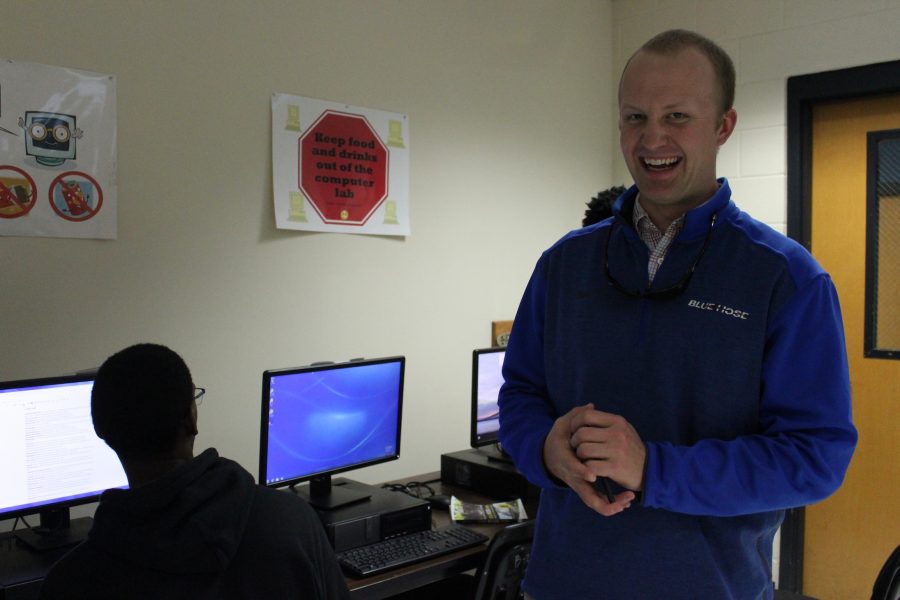 To some, football is simply a word that translates to tailgates during season and annual super bowl parties, watching two teams of eleven players play a game. To others, it means a weekly Friday night commitment alongside a 100 yard football field, rain or shine. Tears on the field after a battle until the last second. Supporting a team regardless of the outcome.

A way of life, as it was for Zack Neal growing up in the small town of Camden, South Carolina, home to roughly 7,000 people.

“Being a football town like Friday Night Lights, every Friday night the whole town shuts down and nothing’s going on but the football game. [Camden is] a special town where everyone kind of rallied around the team and really even non-football involved just loved each other,” he said.

“I think [the town] itself was just special. [Being] that small, everyone knew each other and everyone knew each other’s folks and have always known each others folks. Just a bunch of people that kind of lived together in a community that loved each other,” he said. “Once I entered, I guess, the real world and left that magic bubble of Camden I’ve seen a lot of things you hear about on the news. You know, I saw those things on the news and wondered where they were in Camden because I didn’t see them,” he continued.

But Neal’s family wasn’t just the average Joe of the town. His father was head football coach at Camden High School for eighteen years, during which time Zack Neal got to play under him during all four of his high school years.

“A lot of kids are raised in the backyard or in their house, I was kind of raised on a football field. I went to all my dad’s practices as soon as I could walk and I was raised on the sidelines,” he said.

Growing up watching Coach Jimmy Neal on and off the field is something Zack Neal attributes a large part of his desire to become a football coach himself to.

“We go to church on Sunday morning, and all anyone wants to do is ask my dad how the Dogs are going to be. Wherever we went, someone was asking about the Camden Bulldogs,” he said.

“Seeing him and how he handled his players and helped young men grow in the right direction is kind of the life I’d like to lead,” he continued. “I played for my father, and then my father played for my grandfather. So, it’s kind of just a long life of coaching. It’s really all I’ve ever known.”

Through being a part of the Wando football program as a coach on the JV and Varsity teams for the last two years, he truly believes he has taken his relationship with these boys a step further.
“I honestly feel like I know a lot more about some of these kids then their own parents because of the football field, seeing them grow out there,” he said.

Whether it be playing the game, coaching it, or merely watching, football is much more than simply a game to Neal.

“I think football is a very special sport where men learn a lot about life and really grow and reach potentials they’d never expect. They push their body to a point where they just learn a lot more about themselves,” he said. “It’s a group organization but it’s man on man at the same time. It’s a bunch of guys going out together as a team and competing. Eleven guys playing for something bigger than themselves.”

Not only did Neal join Wando just two short years ago as a football coach, he also took on the position of a Wildlife Biology teacher.

“I got lucky. There was an opening, I fit in and [wildlife] is something near and dear to my heart- kind of the way I was raised. I said I was raised on the sidelines, I was also raised in a small town where hunting and fishing was kind of a way of life. But wildlife is much more than that, it’s just an understanding of the natural resources around us.”

In the summer months when school isn’t in session, he balances his time between football practice four days a week and being a kayaking guide at Nature Adventure Outfitters on Shem Creek.