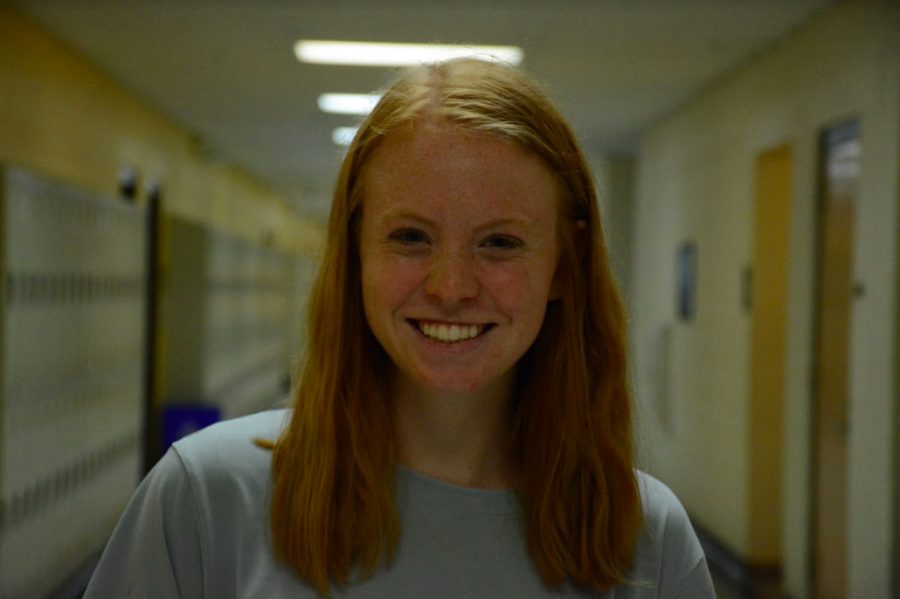 There comes a time in every high school senior’s life when the reality sets in. When you look around and realize that you aren’t the same person you were four years ago.

You don’t have the same friends, the same interests or the same dreams. Maybe you realize that you’ve been on the wrong path or that you miss who you used to be.

For me, the reality didn’t just set in — it hit me head on; the reality that I would never attend my dream college.

Almost all college-bound kids can describe the feeling of stepping onto a campus and calling it a home. The sense of belonging that you get when you know you’re in the right place.

In early 2017, that feeling hit me when I least expected it. I spent hours poring over admission information: average test scores, extracurriculars, GPA and class rank. I was within their range. I was average.

And that was good enough for me.

Setting my sights on a prestigious, out-of-state school was a form of therapy for me. It gave me a reason to keep studying for all those AP Art History tests and a reason to show up to early morning club meetings. I kept telling myself that the stress and the work and the sleepless nights would all be worth it the moment I got that acceptance letter.

Instead, I opened my email with breath held in my lungs, tears streaming down my face before I had even opened my computer. When the page loaded, there was no digital confetti. No giant “CONGRATULATIONS!” or “Class of 2023” displayed on the screen.

No, instead, I got one sentence that shattered my heart into a million pieces.

We are sorry to inform you that we are unable to offer you admission to the first-year class entering this fall.

A weight instantly fell onto my shoulders. I had been bracing myself for those words since submitting my application, but nothing could make them hurt less. I read it again. And again. And then one more time — just to make sure it wasn’t a mistake.

In the span of 10 minutes, I was already tired of the phrase “You’ll end up where you’re meant to be!” Not because it isn’t true, but because it doesn’t help.

I know that I’ll end up in the right place. I know this doesn’t stop me from following my dreams or pursuing a career.

But that knowledge can’t protect me from feeling like I failed, like I worked so hard with nothing to show for it.

The first few days were the worst. The next morning, I woke up and got ready for work, the same way I had done every Saturday morning since freshman year. But it all felt pointless. I had pushed myself towards this dream for so long. I had studied until 2 in the morning, stayed at school until 8 at night, crammed and stressed and worried until my hair fell out and the bags under my eyes seemed permanent.

All for that one sentence to make it almost meaningless.

I’m over it now. At least, I don’t sit in my bed, sobbing to Ryan Adams anymore. It wasn’t easy, but I’m over it.

And sure, I still get a little upset when I think about what could’ve been, but it seems more like a distant dream than a shattered one.

It wasn’t easy to teach myself how to get back up. I had never faced a hardship like this before. I had nothing to compare it to, nothing to make myself feel better. My parents had attended their dream schools; they had no words of comfort that understood what I felt.

It was hard for me to see that this wasn’t the end of the world. I still had four months of senior year left, four months with my friends, four months to spend enjoying high school while I still could.

But that was the hardest part — trying to encourage myself to enjoy it when I felt like I’d lost everything.

The most important thing I learned is that it’s not a reflection on me. It’s not that I’m not smart enough or that I didn’t join enough extracurriculars. I worked hard, and I did the best that I could — that’s all any of us can do. When it comes to getting over a rejection this big, the only advice I have is to move on. Because the cliches are true: we do end up where we need to be. Regardless of the expectations we have for ourselves, one thing remains the same: dreams of the future are nothing compared to the future itself. Whatever I decide to do, it’s still my decision and my life. If I get rejected, it just means I wasn’t meant to end up there in the long run.