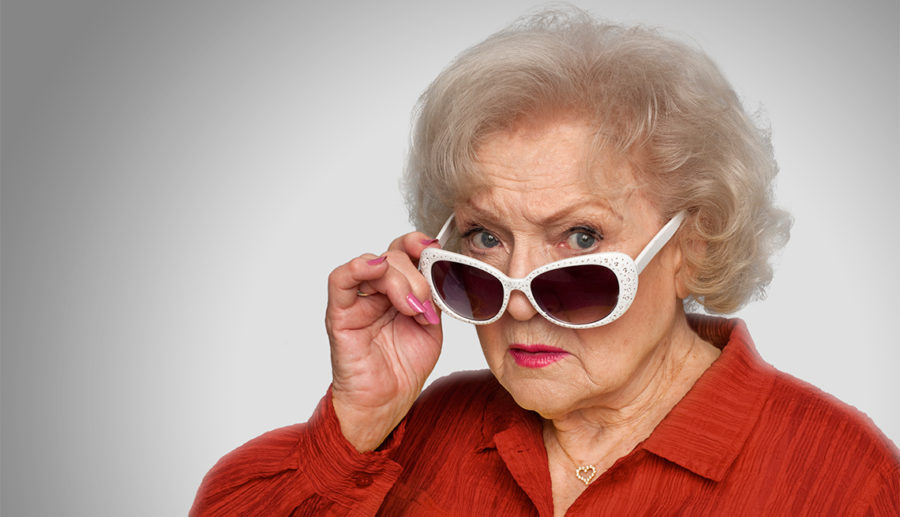 Absolutely golden. The transcendent Betty White, who captured the hearts of generations of television viewers, passed away on New Year’s Eve. She was 99 years old.

Born in Oak Park, Illinois in 1922, White had the longest film/television career in US history, spanning over 80 years on air. She began her career at the Bliss Hayden Little Theater in Beverly Hills but encountered a hiatus when she volunteered for the war effort driving trucks in 1941. Once the war ended, White landed a series of radio jobs before co-hosting Hollywood on Television with Al Jarvis.

Jarvis left in 1952, and White became the sole host of the show. After 1952, White’s career took off. Granted her own show, first on local television and then on NBC, The Betty White Show lasted for two years. With the inclusion of Black tap dancer Arthur Duncan, it became one of the first nationally broadcast shows to feature a Black performer.

White, by now a star in the industry, became the face of game shows in the sixties and seventies starring in Password, (she married the host, Allen Ludden.) Match Game, What’s My Line?, To Tell The Truth, and Pyramid.

While White was the queen of game shows during her career, perhaps her most well-known and cherished roles were on television sitcoms. White joined The Mary Tyler Moore Show in 1973, and had a starring role in it until the show ended in 1977, playing Sue Ann Nivens. But perhaps her best-known role was on Gilmore Girls, starring as Rose Nyland in the NBC sitcom following the day-to-day lives of four older women living in the same house in Miami, Florida. White’s character, the widowed Nyland, is innocent but very good-intentioned, and White received critical acclaim for her role. The show lasted 7 seasons and introduced White to a new generation of American television viewers.

Throughout her career, White broke barriers on and off the screen. Along with the aforementioned inclusion of tap dancer Arthur Duncan, White was a vocal advocate for LGBT rights and other causes, advocating for racial issues and animal rights from the start of her career until the end of her life.

After Ludden passed away from cancer in 1981, White never remarried. During an interview with Larry King, she explained her reasoning for not entertaining the idea of another relationship, stating “once you’ve had the best, who needs the rest?” One of America’s most beloved actresses, White was never involved in any type of scandal, never had a criminal history, and was a grandmotherly figure to countless Americans. Despite her passing only 17 days before her 100th birthday, her life was lived to the fullest. Her legacy will stay imprinted on television screens long after her death.