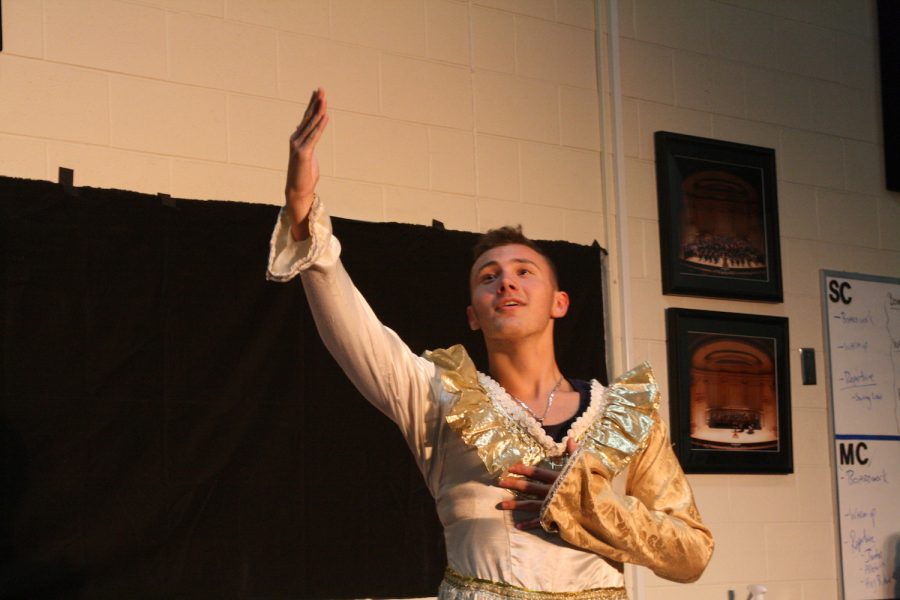 After years of hearing about “Thursday Night Live (TNL),” the student-run comedy night, I decided it was finally time for me to check it out this year.

I had never been and didn’t quite know what to expect. I thought it would probably just be some clean-cut, corny humor — nothing more than what you would say in front of your grandmother or a first-grader.

How wrong I was.

The show took much of its material from “SNL,” “In Living Color,” and “Lip-Sync Battle,” prompting the stage manager to announce before the show that it was rated PG-13. It made me laugh until I cried.

The evening kicked off with a self-aware musical number, led by co-hosts Jah’mar Coakley and Chase Rowand, and it only got better from there.

My favorite skit of the night revolved around Will Basco quitting his job with the motivational support of a barber shop quartet (featuring Tate Fowler, Zach Green, and David Stewart). Basco composed the piece and the group dazzled the audience with their melodic and comedic harmonies.

The rest of the night lacked nothing, with a smashing performance of Hillary Clinton by junior Adelle Lacy, the Dating Game (the bachelorette played by none other than Traezon Wright), and an “Epic Rap Battle of History” featuring Bonnie and Clyde (Kate Wander and Lauren Pilling) versus Romeo and Juliet (Coakley and Rowland) for the grand finale.

TNL made my abs ache from laughing and left me begging for more. If your semester has grown dreary and dull, I would highly recommend this event to anyone needing a splash of color in their life. Come for the laughs, stay for the good times.