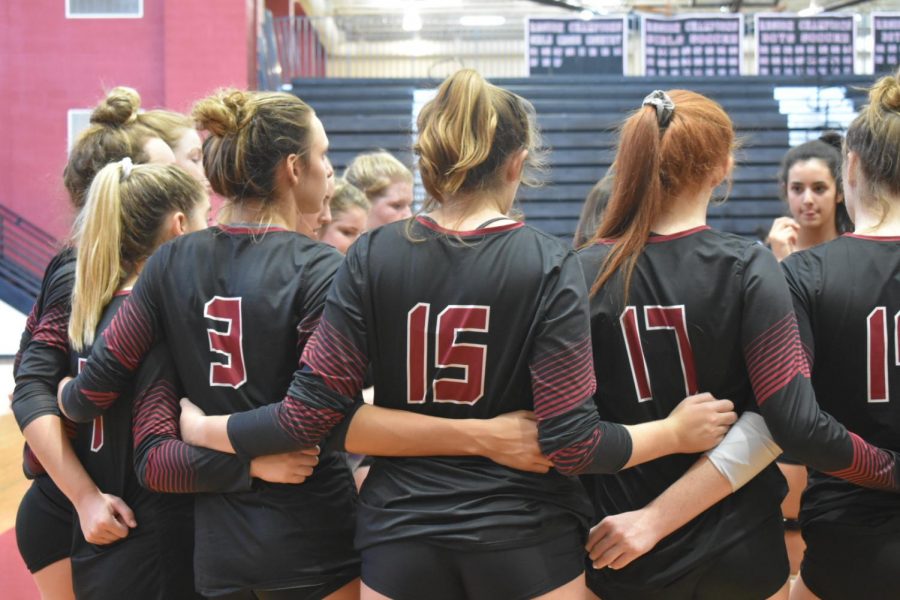 Wando Volleyball locks arms during an Invitational that Wando hosted.

Nation Ford captured the championship of the Wando Invitational Oct. 13.

The Warriors looked to continue their successful season (35-2) with a win at the tournament but fell short with a loss to Andersonś T.L Hanna (2-0).

The Warriors tied for third with St. Josephś High School.

Wando’s Maddie Bolston, Sarah Missroon and Grae Gosnell all made the All Tournament Team for the competition.