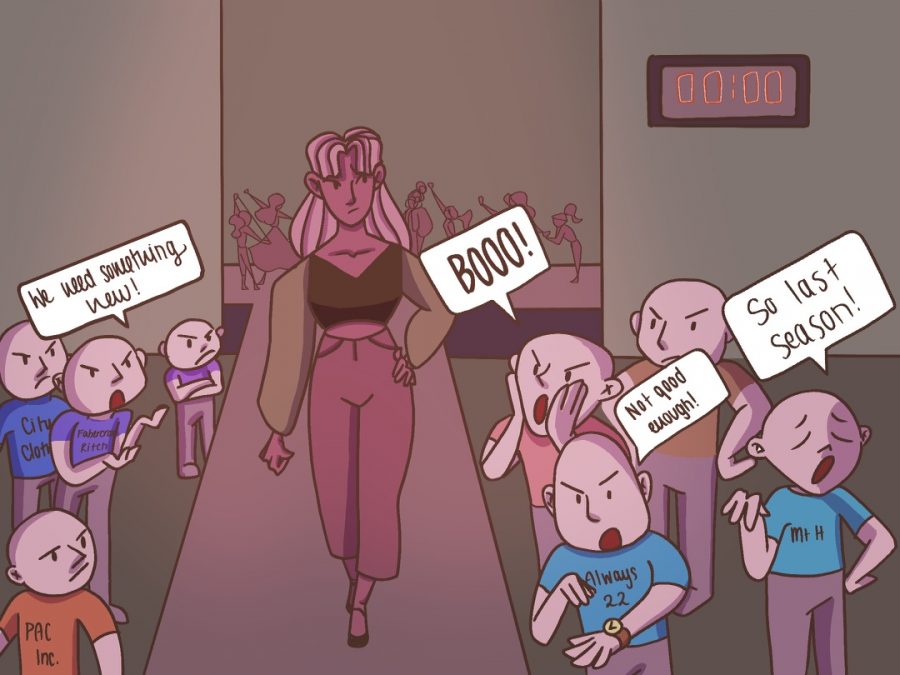 Fashion is everywhere. It’s what we think about every morning when getting ready and one of the first things that people notice about others.

Even if you feel like you’re not into fashion, think about those shoes that Lebron wore that you just have to get. The “swoosh” of the white Nike logo goes so perfectly with the orange contrast of the laces. Or even the belt you picked out nonchalantly with your mom at a Kohl’s — something made you pick it out. You were drawn to it, whether it be because of the size of the buckle or the shine of the metal. And that is fashion, whether one wants to acknowledge it or not.

But is where it comes from ethical? When you walk into a Forever21, you see racks upon racks of the same shirt, every detail down to the fringe being the same on every pair of jeans. You pay no attention to it because this is just how big stores are and have been since you can remember. The $12 price tag doesn’t bother you. What isn’t clear in those racks is this — those jeans were made in a sweatshop that doesn’t pay its workers a living wage.

Brands like Fashion Nova, Forever21, Nike, RipCurl, and Urban Outfitters are all guilty of being labeled “fast fashion.” This is a term that is used to describe companies that create mass amounts of trendy pieces of clothing for cheap, to appeal to those who want high end clothing but can’t afford it.

The problem is, they do this by setting up workshops in low market countries such as China, Indonesia, and India. There isn’t any real protection for workers there, as well as many people needing a job to fend for their family, resulting in these fast fashion brands finding this the perfect way to make lots of clothing for cheap prices.

And we need to do more to stop them.

A vast majority of the “workers” are children that are being forced to work 80 hours a week, according to the UN, due to the lack of child labor laws being present in these countries. How can we sit here, knowingly buying a six dollar sweater because we “just have to have it,” when supporting the company who makes it endangers children every single day?

While it is clear that one person promising to not buy from fast fashion brands won’t make the issue go away, if enough people were raising awareness to it and more and more people made that promise, maybe that company would rework how they do business.

Until we do, thousands of humans get injured every year in these workshops with no medical care given, and not enough pay to get pay for both food to live off of and treatment to fix themselves.

And it’s not just the workers we need to worry about, it’s the environment as well. At least 8 percent of carbon emissions is from the fashion industry, according to the UN.

Ignoring it doesn’t make it go away. It excuses the damage being made.

So what can you do instead? How will you stay up to date with the new trends seen on Tik Tok and Pinterest? Lots, actually.

A new way of shopping that has become quite popular is thrifting. Going to a local Goodwill or Salvation Army is the new “it” hangout method, as well as serving as a fun and cheap alternative to buying from fast fashion companies.

Thrift hauls on YouTube get some of the most views nowadays and people have found that you can find designer items, or even just trendy items that would otherwise be thrown into a landfill, causing even more pollution. There has been backlash about thrifting because, while teenagers tend to buy a lot when they shop, people fear they are taking clothes away from the homeless or extremely in need families. But, as stated, if items aren’t purchased, according to Goodwill, they just get sent to the dump, so buying is recycling.

The good part about buying at a resale store is, if buying from a boutique is not in your price range, you can still find items you like at the same cost or even lower than the brands previously said. A 20 dollar Urban Outfitters shirt is now six or seven, so it gives options for everyone.

But if you don’t want to buy second hand, which is understandable for sanitary reasons, local boutiques and family owned businesses are a great alternative because a majority of the time, they source their products from local workers or even handmade from themselves.

Even Facebook has groups that people can make to buy and sell things second hand or brand new that most cities already have, so it’s always good to look out for those.

There are always going to be pros and cons to buying from any place, thrift stores included, knowing that buying from a high end company means continuing to ignore the treatment that struggling families are being given everyday while we swipe our debit cards in bliss is unacceptable.

We need to be aware of what is actually important in the long run.

Given all that, it’s really up to you where you want to put your money and what you want to support.