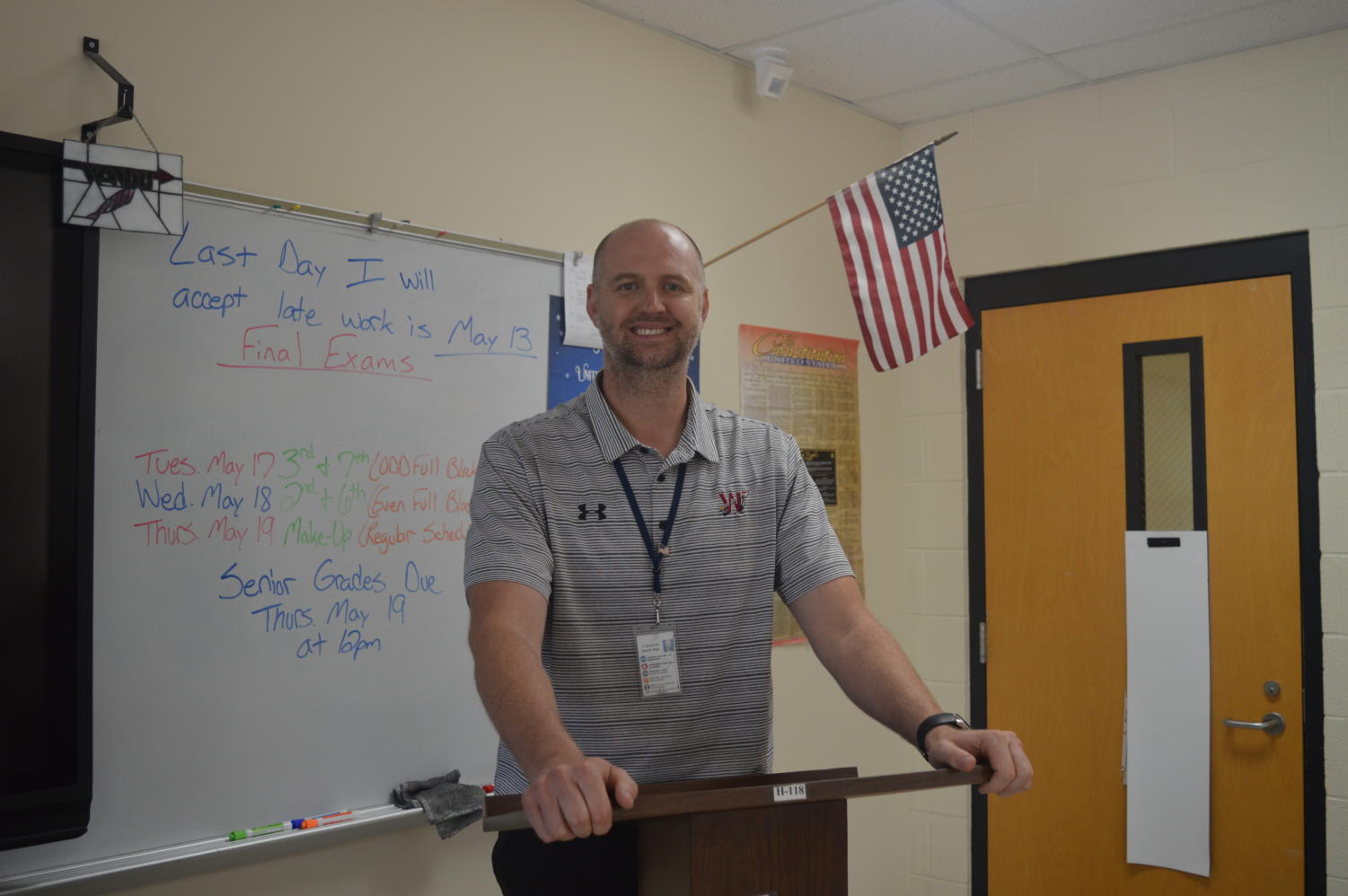 Coach Warzynski, Wando’s Varsity boys basketball coach for the past 15 years teaching while off the courts. (Ana Troiani)

Coach Warzynski, Wando’s Varsity boys basketball coach for the past 15 years teaching while off the courts.

Basketball coach resigns after 15 years and many awards under his leadership.

On May 9, Wando Varsity basketball coach Chris Warzynski announced that he will be moving on to the next chapter in his coaching career. Warzynski was a part of the coaching staff that won the state championship in 2014 and has brought the Warriors to the playoffs several times.

Coach Warzynski reflects on some of the memories that he made with his teams and coaches, not just games but the time spent together as a team.

“First and foremost, you just look back at the time with the guys, we took a trip to Atlanta, went to Dave and Buster’s, an Atlanta Falcons game, and just the joking around that goes with a long trip like that,” Warzynski said.

To Warzynski, a major part of the time he spent coaching was building relationships and meeting new people.

“A lot of just the locker room talks, just the joking around, obviously I was a part of the coaching staff that won a state championship here and after 15 years it’s a lot of stuff, it’s not necessarily about the wins and the losses it’s more about the relationships that you build with the players and the little talks that you have here and there,” Warzynski said.

Warzynski explains that he was more invested in the memories that he made with his teammates and not the record that they put up during the season.

“Another one was winning the region championship in the final home game against James Island. It was a TV game as well so that was a great experience for the guys to be able to be on TV and have a moment like that,” Warzynski said.

“Looking back I don’t know if there was a favorite because all of those years playing with Coach W were so special. People always saw him as a loud coach that was hard on his players but I knew that it was just his way of showing how much he cared about it,” Bumgarner stated.

Bumgarner talks about his most memorable times during the games that he played under Coach Warzynski.

“If I had to pin it down to a favorite [moment] it would have to be when he would wave me over during a timeout or a free throw and have a little one-on-one with me about what I could be doing better. And every time after he was pat me on the back or give me a fist bump. It just gave me all of the confidence I needed to go play basketball,” Bumgarner said.