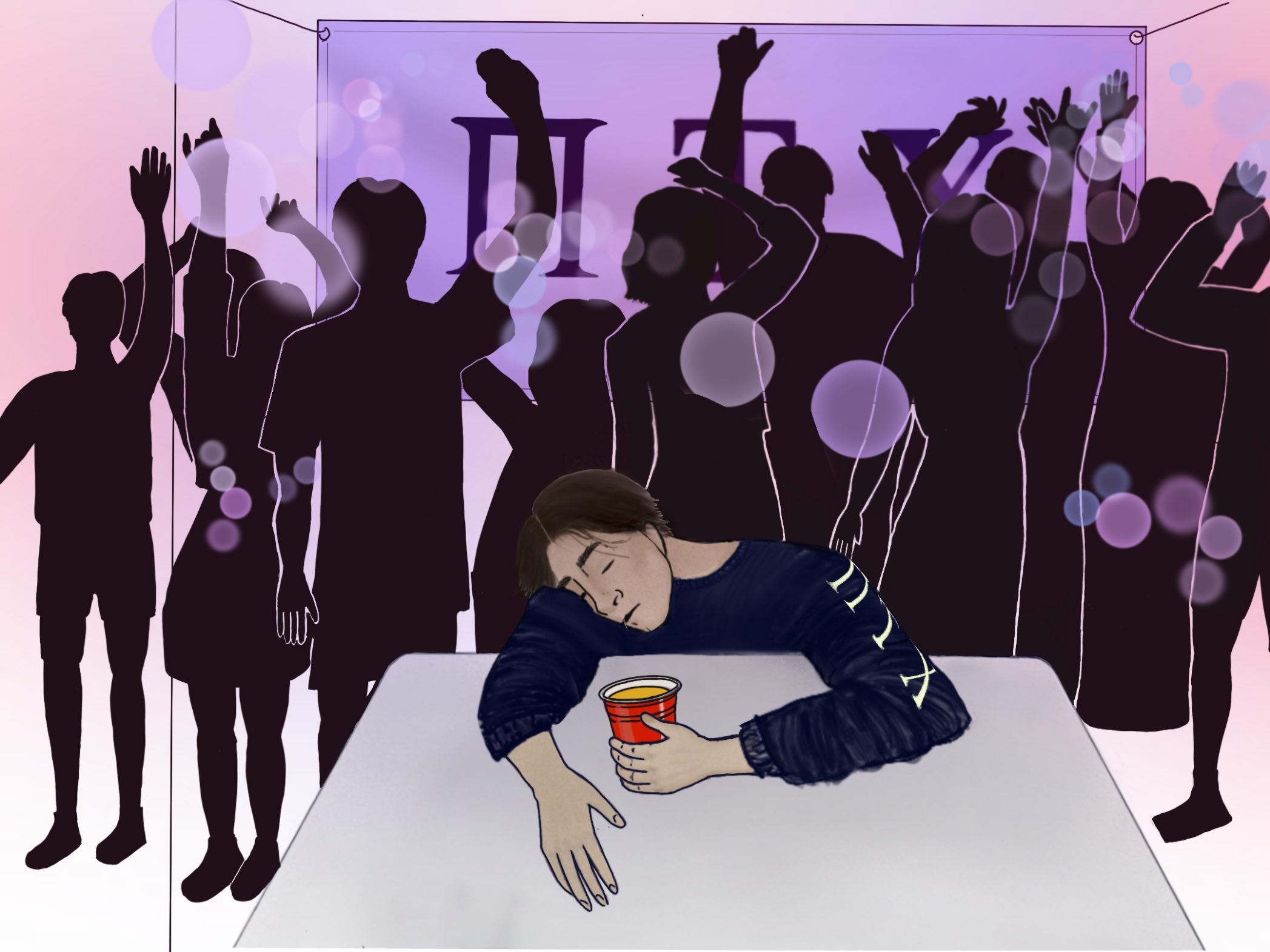 A Greek tragedy: Taking a dive into Greek life and impacts on students

For many college students, the notion of “Greek life” is a very big part of their college experience. But is it worth it? Is trying to fit into a box, trying to be what other people want you to be, worth having those Greek letters define your college career?

What began in the 19th century as a means to get together for intellectual conversation has turned into a popularity contest that costs thousands of dollars and does more harm than good.

It all begins with Rush. Usually about a week-long process that involves going from sorority to sorority or fraternity to fraternity to explore each one and meet the people in that house. But it is actually going door to door, talking to people only one to three years older than you, trying to pitch yourself to them. Trying to see if you fit in their box and meet their standards. All the while they judge and ridicule you behind your back.

After Rush, the people within each sorority and fraternity meet to talk about which people they think will fit in best and which they do not like at all. Once they choose who they like, they extend an invitation to that person, inviting them to join their chapter. Sometimes they like you and sometimes they don’t. And if both parties decide they like each other, it is only the beginning.

Next comes pledging. This is where you learn all about your sorority or fraternity’s values and history. It is also when you must pay your dues.

The average price for semesterly dues for sororities and fraternities starts at $1000 and goes up from there. In addition to those fees, members are expected to pay for t-shirts, pins, formals, functions and more. All of which add up to thousands of dollars—increasing the already alarmingly high cost of tuition and room and board that college already includes.

Horror stories have been heard about hazing. People being publicly humiliated, forced to do illegal things, and some have even gotten seriously injured.”

Not to mention hazing. Horror stories have been heard about hazing. People being publicly humiliated, forced to do illegal things, and some have even gotten seriously injured. A few pledges have even died during the hazing process. Fraternities have been known for their physically grueling hazing process, and sororities have been known for their grueling emotional one. There is no justifying that for the sake of getting some letters and living in a cool house.

Time is also a big factor in joining Greek life. During the rush process, hazing and even after acceptance into the fraternity or sorority, there is little time to do anything else. Chapter meetings on the weekends, parties, functions and formals and other tasks require a good portion of time. Time that could be spent studying, or even just taking a break from the hectic life that is college with or without being a part of Greek life.

That is not to say that there are no positives to being a part of organizations like these. But although sororities and fraternities provide networking opportunities needed for college students and do contribute to major charity organizations, it simply isn’t enough to justify spending all of that money and time, going through the emotional and physical toll and experiencing a process of constant criticism.

There are many safer, more costly and worthwhile organizations that college students can join that provide the same opportunities as fraternities and sororities. Including academic clubs, charity organizations, networking groups, club sports teams and other extracurricular activities.