A moving market in Charleston

A dollar bill poked out of his big sister’s clenched fist as she climbed the stairs of the Lowcountry Street Grocery. The six-year-old boy followed close behind her, a bag full of chips and pudding and mac and cheese bouncing in his backpack.

It was a Friday in early December, and the afternoon sun streamed through the bus window. The walls were lined with crates of fresh produce, bread, milk and other local foods. His mouth watered as he filled a bag with fruits and vegetables. He imagined the farmers down the street who had watered these plants and cared for them as they grew.

It made him smile.

His sister grabbed a squash for them to cook with Grans. When their bag was full, she handed the dollar bill to Lindsay Barrow, a co-founder of the grocery, and started down the steps.

As the boy approached the door, he remembered the bag of junk food he was carrying. He turned back to the Barrow and handed him the bag. He didn’t need it anymore. Now he had healthy fruits and vegetables to eat over the weekend. Fruits and vegetables that were watered and cared for by the farmers down the street.

Mount Pleasant is an oasis. An oasis in the middle of a desert. North Charleston and Awendaw and McClellanville and James Island and downtown Charleston. Miles and miles of land within the county are plagued by a lack of fresh food.

“I think if you tend to stay around Mount Pleasant you don’t realize that not everyone has access [to fresh produce, meat and dairy],” Environmental Science teacher Jessica Herbert said.

The USDA defines a community as low-access if at least 500 people or 33 percent of the population lives over a mile from a supermarket or grocery store. In rural areas, this is extended to 10 miles.

This means their grocery options are typically limited to processed foods full of sugar and fat.

“If you don’t eat healthy you are more likely to be obese or have diabetes or high blood pressure. There are all kinds of health-related issues [associated with a poor diet],” Herbert said.

When medical problems start increasing, so do healthcare bills.

“It can snowball when you don’t have good nutrition in your life,” Herbert said. “You are more likely to get sick and [then you] have to take sick days from your job”. 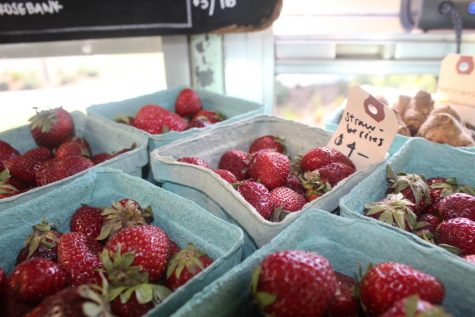 All of these variables are confounding. This can cause serious financial issues because food deserts are already located predominantly in low-income communities.

“Supermarkets won’t invest in those areas because they can’t get the return on investment to make it profitable,” Douglas said.

But, without a nutritious food source, people within the community don’t have the opportunity to better themselves.
The impact which this has on children is even more jarring. According to the CDC, poor nutrition impedes mental development and performance in school. This puts low-income students at a disadvantage from the beginning, contributing to America’s cycle of poverty.

But, this isn’t a new issue. There have been local and national efforts to combat food deserts. In 2010, as part of Michelle Obama’s Let’s Move! Campaign, the Healthy Food Financing Initiative (HFFI) was announced. This movement develops grocery stores in low-access communities and puts healthy food options in pre-existing shops.

Local organizations have also focused their energy on addressing this problem. The Lowcountry Alliance for Model Communities (LAMC) is an non-profit that works to promote community development.

They are planning a couple initiatives to eradicate food deserts in North Charleston.

“We are sponsoring a food voucher program…that allows residents in the community to use vouchers at Fresh Future Farms so that they have access to quality, locally grown, fruits and vegetables,” said Omar Muhammad, president of LAMC.

Additionally, with the aid of outside subsidies, they plan to create a fresh food source in these locations by blending two national models.

“One model is the food co-op model, where [organizations] collectively pool [their] resources to bring in needed services,” Muhammad said. “The other model is the food hub model…which provides an outlet for local farmers to move their products.”

This combination will simultaneously fill a need for fresh food access and support local farms. The food hub is a way to centralize produce and the co-op will deliver products to the target population. One method of delivery is through pre-existing markets.

“These communities have…convenience stores on every corner,” Muhammad said. “What would prevent these businesses from carrying fresh fruits and vegetables in their store?”

This would eliminate the common issues of transportation and convenience. Residents are more likely to purchase healthy food if it’s in a store they already frequent then if they have to go out of their way to find it.

LAMC is currently collecting funds and resources for the non-profit so it will have enough money to get on its feet. Then, hopefully, in a couple years the model will become self-sufficient.

“We want to make sure that anyone, at any income level…is able to buy quality food at a reasonable price,” Muhammad said.

Another organization that has taken on the task of addressing food inequality is an innovative new business called the Lowcountry Street Grocery (LSG).

“We have a mobile farmer’s market…that moves around…into areas of mixed income and affluent neighborhoods where there is a very strong demand for local healthy produce and local products,” Barrow said. He was the one who has recounted the story of the two children on the food bus. 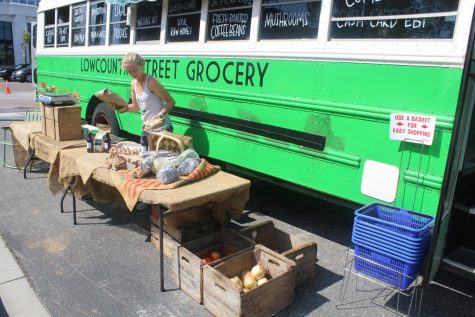 Their prices are set on a sliding scale so that profits made in prosperous communities can be used to lower prices in low-income food deserts. The business also provides additional incentives to people who qualify for food stamps. This simultaneously solves the problems of inadequate transportation to grocery stores and high pricing of healthy food options.

“We don’t have to solicit donations. We’re not a charity, but we do the work of many nonprofits,” Barrow said. “Our goal is…to create a model that is self-sustaining.”

This charitable business model, eliminates some of the stigma which is associated with nonprofit organizations.

It’s very important for us to empower folks.””

Additionally, LSG focuses on creating a long-term solution rather than providing short-term aide.

“We’re very dedicated to addressing systemic concerns and not putting a bandaid on [the issue],” Barrow said.
In order to make a lasting impact, LSG provides nutritional education services and a food prescription program.
“Rather than prescribing a conventional medication…doctors are now empowered to prescribe proactive and healthy, natural options,” Barrow said. “Folks are…given prescriptions to healthy foods on the bus and that comes with a nutrition class.”

The attendance rate for their food prescription program was over 90% and in the end, the participants threw a party for the LSG dietician.

“We grilled out in someone’s front yard with 20 of the participants and they showered her with gifts,” Barrow said. “You can’t dream these scenarios up.”

In the future, the company plans to build a brick and mortar store that will allow them to expand their programs.
“We’ve gone through one compost bin of produce waste in two years, which is awesome,” Barrow said. “But, it’s also kind of scary, because we’ve kind of reached our capacity.”

Eliminating food deserts in Charleston County is not something that will happen overnight. But supporting businesses like LSG or volunteering at a community garden are small ways to make an impact.

“How can we call ourselves the best city in the country when we have children living further beneath the poverty line than anywhere else in the state, just a mile and a half away?” Barrow said. “It’s not comfortable, but it needs to be talked about.” 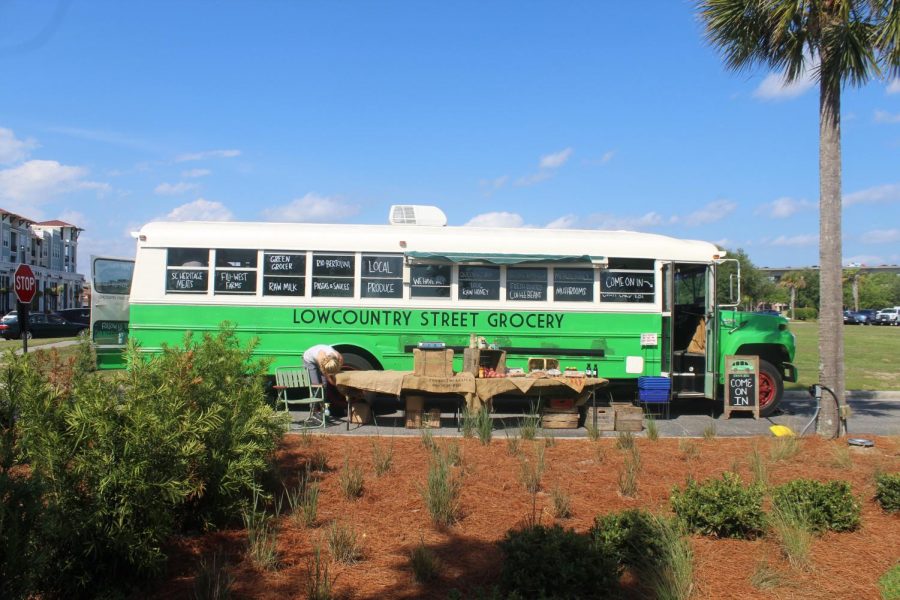