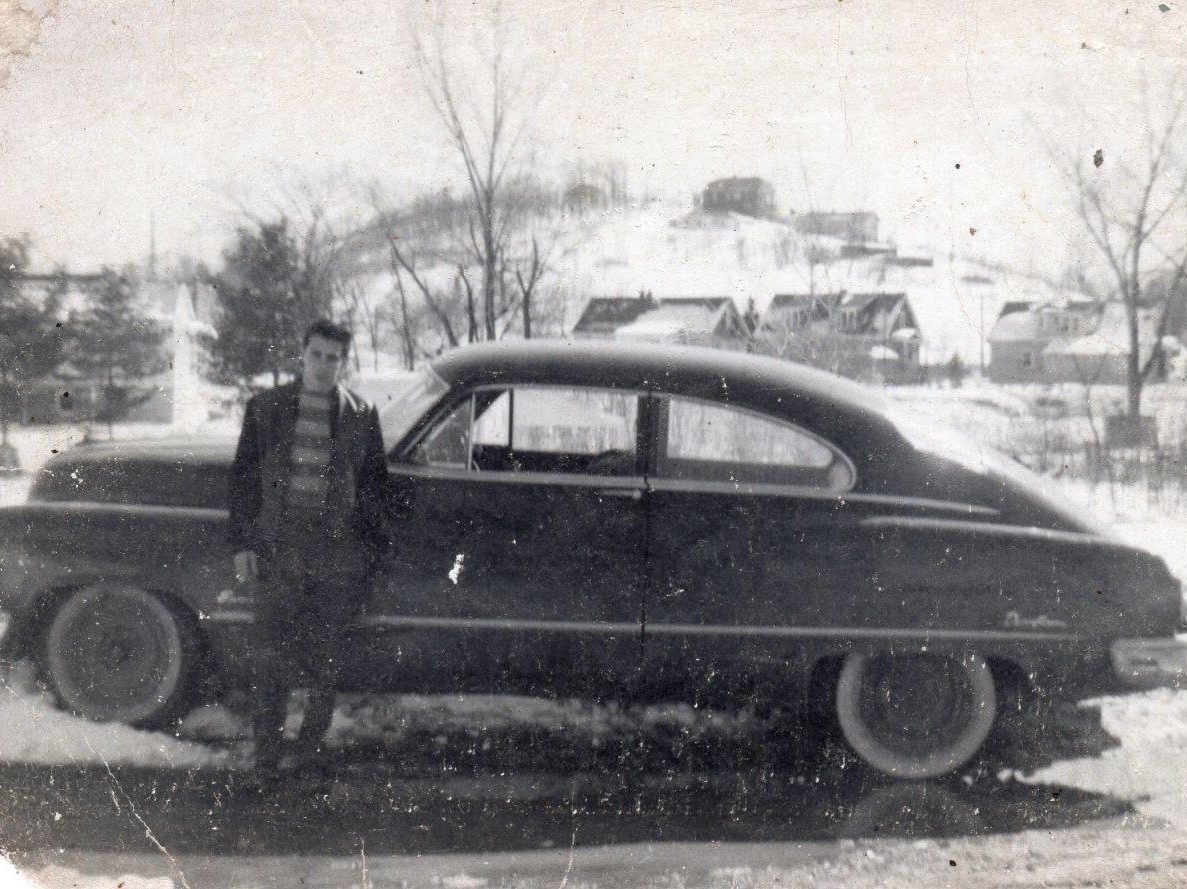 A passion for racing

It’s an adrenaline rush, sitting in the driver’s seat of a black Mercedes AMG C63 turbocharged V8 with over 500 horsepower stock. His right foot is itching to hit the gas as he stares intensely at the signal light, waiting for his cue.Amber.

The car jolts forward as he slams on the accelerator. The race lasts less than 15 seconds and the track is a straight shot, but still a thrill travelling at over a hundred miles per hour, especially at age 77.

“I always liked cars,” said my grandpa, Jack Ciccarelli. At 14 years old, he started spending time in
garages and at 15 he got his first car.

“The guys I hung around were all greasers,” Ciccarelli said. “My friend had a body shop and car lot. Probably when I was 14, I started hanging around, working on cars, doing body work on them.”

He wasn’t an employee, but he did a lot of work for the shop to help out his friend.

“He was a good friend of mine and his uncle owned the place so he would say ‘I’ve got to wet sand this car before I go out, give me a hand’ and I just picked up stuff like that,” Ciccarelli said.

This training fostered a love of cars and proved useful later in life when he decided to open up a bodyshop of his own. But, before he settled down to start a business and a family, his passion for cars sparked an interest in drag racing.

“Every Wednesday night we’d go out and we’d race after work,” Ciccarelli said.

On those nights he would go to the Lebanon Valley Speedway in upstate New York, which had a quarter mile racing track. Occasionally on Saturday he went to the speedway in Glens Falls. That drag strip stretched only an eighth of a mile.“You had to get out of the hole fast,” Ciccarelli said.

Unlike stock car racing, drag is quick and decisive. These qualities always made drag racing more appealing
to him.

“You only get a certain amount of time. You do it, boom, that’s it,” Ciccarelli said.

After more than 50 years, there is still one race that sticks out in his mind.

“There were 35 cars in my class and I beat ‘em all, and I come up for my final race,” Ciccarelli said. “It was between me and this [Pontiac] GTO, and I was turning almost a second better than him.” Ciccarelli had been on the line all day, facing off every car in his class. He hadn’t lost a single race. The trophy was practically in his hand…but he jumped the gun.

In drag racing, there are three amber lights before the light turns green. Take off too soon and you get the red light, and disqualified. He took off a split second early and lost the trophy.

“He knew I was gonna beat him, [but as it turned out] he didn’t have to do nothing,” said Ciccarelli, referring to the Pontiac driver. “35 cars in my class and it comes down to the last car, in the last run and I redlight.

“My buddy was with me, Juggy. He had a cigarette and he throws it down, he stamps it out and he says… going crazy ‘what were you doing over there,’” he added.

Fifty years later, my grandpa returned to Lebanon Valley. His friend let him borrow a car for a couple of
races. He competed in the tuning races, which competitors use to prep their cars for class races the next day.

Even though he wasn’t racing for money like when hewas younger, the excitement was still there.

He was 19 again, staring down the dragstrip: eager, focused, waiting for the light to turn.

“The first race, my foot was shaking on the gas pedal figuring I was gonna red light because…I didn’t know if I still had the same reflexes,” Ciccarelli said.

He won them all.

“I did good. I got the guy out of the hole by over a car length, so I still got the reflexes,” he said. In the future he plans to go back to the track and race again.

When I first heard about my grandpa’s racing, I was impressed. It wasn’t until later that I realized the significance of what he’d told me.

When my grandma passed away in 2017, I heard stories and saw pictures that I’d never seen before. There
were so many parts of her life that I’d never heard about. She had touched so many people that I’d never met. When my grandpa told me about his drag racing, he revealed an important part of his past. A passion that had shaped his life.

Memories flashed through my mind. My grandpa and my dad walking around a car show in the heat of summer, talking about transmissions and paint jobs. My mom pointing out the car window at my Grandpa’s
old body shop, Sycaway Body and Fender. My grandpa working on the 1955 Chevy Belair parked in his garage.

These parts of my grandpa that I’ve known since I was little connect to his stories about drag racing. I
knew about his love of cars, but I didn’t realize how deeply rooted it was. They have been a central part of
his life since he was a teenager. A fascination that has burned in him since he was 14 years old.

The image comes together through a patchwork of stories and memories.

My grandpa is a greaser, a mechanic, a racer.