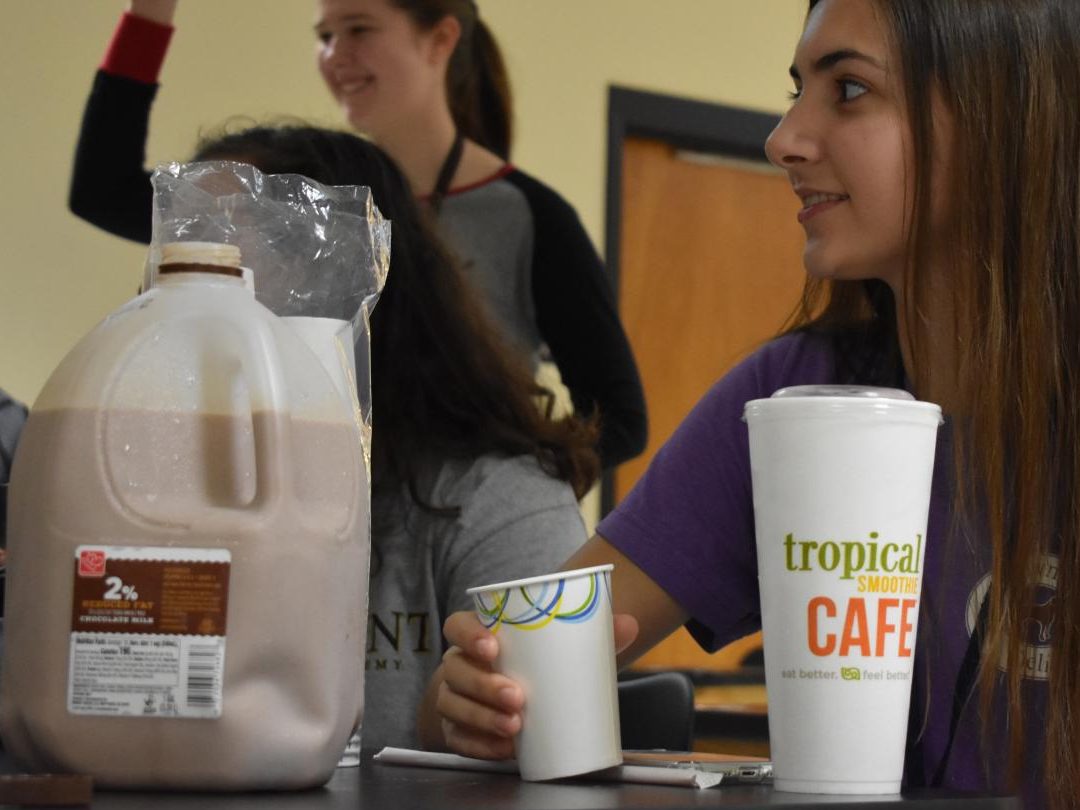 The sweet smell of chocolate milk and cookies fills the Bistro. Kids are laughing and music blaring. It’s only 7:30 a.m.

The newest club at Wando has turned into the biggest club at Wando with approximately 300 members. With such a large amount of members, this club is a great opportunity to meet new friends and just have fun.

Elizabeth Warren, the president and founder of the club, was inspired on a college tour of Clemson. Clemson’s Chocolate Milk Club is one of the biggest clubs they have, “with a couple thousand people,” she said.

Warren wanted to start a club initially to get more leadership on her resume, but did not expect this big of an outcome.

“[My] intention [is] that people have something to do in the morning besides school,” she said. “For one day a week, it doesn’t have to be just school for 30 minutes.”

The club meets in The Bistro once or twice a month. Warren and her fellow vice president Natalia Jovic baked and brought in cookies and milk for the first meeting themselves. “We always have extra of everything[cookies and milk],” said Warren.

The club has since gotten approval from Dr. Jaons Brisini to give service hours to students who bring in cookies and milk. “Two items is one hour,” Warren said.

“This club has a community-like feeling, it’s not something that you have to do…it’s just for fun,” she added.

Although, during the club people can help others with homework in the relaxing environment and set up study sessions.

“We have built such a great rapport,” Rouse said. “When [Warren] came and…first proposed [the Chocolate Milk Club], I thought, this sounds like a really great club…that seemed to depict just building up the moral of the school.”

Both Rouse and Warren are surprised by the turnout of students who wanted to be part of the club.

“I was thinking to myself, oh there is going to be no more than 20-30 student,” Rouse said. “I just wanted her to be successful and for the club to be a success…It’s grown to something I didn’t expect, but I’m happy to be a part of it.”

Rouse, however, conveys that the most important thing is how the students are reacting to this different type of environment.

“I just paid attention and I observed as a teacher…and I just noticed how everyone just seemed so pleased and so happy,” Rouse said about the first meeting. “I believe it did build the morale.