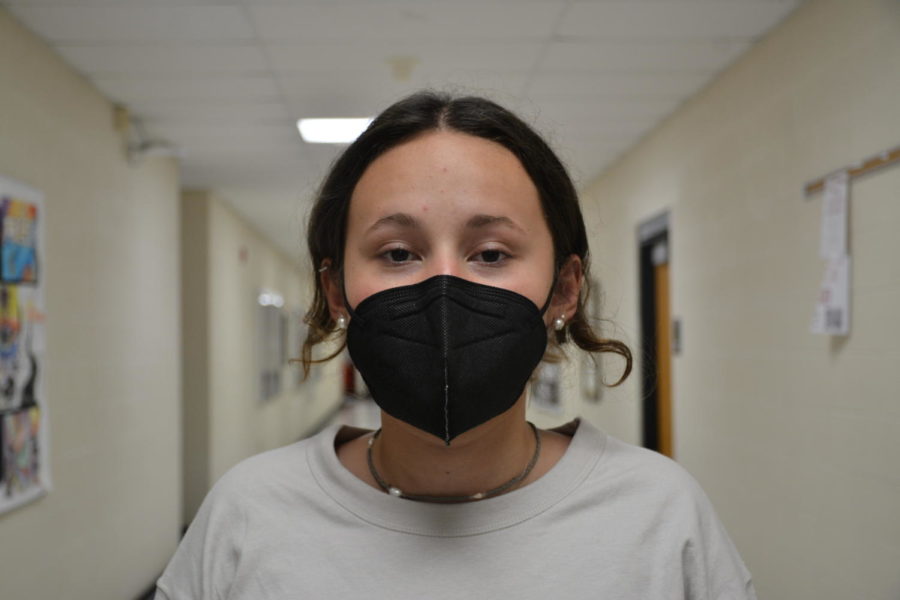 Family and food. Two things she misses. Two of the biggest aspects of her heritage. Two things that she appreciates more and more each day she is away from home.

Freshman Antonina Afanador was born and raised in Colombia. In an attempt to improve her language skills, and see the world through a different lens, she decided to study a semester at Wando while staying with her Aunt who lives in Charleston.

“I decided to move here to improve my English, that was the major thing, and I also wanted to experience American high school,” Afanador said.  “I’ve always wanted to like, feel the things I saw in movies.”

Though nervous, she was excited as well. In her time here she has noticed many differences in her day to day life, especially while at school.

“The school, it’s really different than my school,” Afanador said. “Like here, the school starts later than my other school. In my other school, we only stayed in one room and the teachers moved instead of us moving to different classes. We all only had one lunch, like, through ninth grade and 12th grade, I think. “

Family and food play an important role in her Colombian culture, and she misses the authentic meals she had back home, and the time she spent with her family and friends.

“I think the food and, well of course my family and friends, but the food was really good there,” she said.

I’ve always wanted to like, feel the things I saw in movies”

“I think moving to the US, it made me think more about my culture and the different things,” Afanador said. “So I think like, how I celebrate things from my culture, like it’s really important and made me realize that I have to think more about them and really care about the traditions and the celebrations of my country.”

The biggest being the importance of family, and the prevalence of food during family gatherings and celebrations.

“I think the culture, it’s not so different from the US culture,” she said, “but there are some things that are really important of my culture…Hispanic culture in general. So maybe like the family. It’s really important in my culture. By seeing all those things of the culture from the US made me think about my culture, like how people celebrate stuff. And, for example, how important football is for Americans has made me realize how important soccer is for, especially my family, and how there’s always like a meeting and a reunion when there’s a soccer game. How important it is that Columbia wins and stuff like that. ”

Her Hispanic heritage plays a big role in her day to day life, and she often reflects on the importance of her culture. Afanador hopes Americans can learn more about Hispanic culture, and realize the importance of their impact in aspects of life–food and family primarily. She also hopes her family can experience what she has experienced.

“With my family–My aunt and I, we think a lot about our culture and our country,” Afanador said. “So I think we would like to celebrate, and make all the people from my family live here to really think about the culture and celebrate it in a big way. Like, the best way we can.”

Though she’ll be excited to return home, she’ll miss many things from her time in the United States.