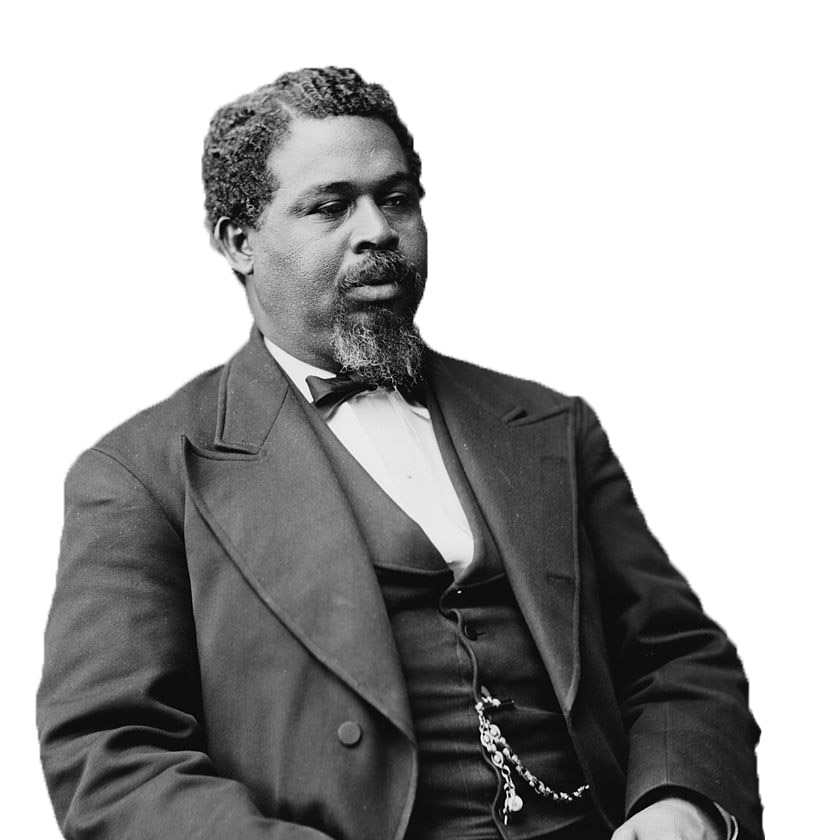 Robert Smalls (1839-1915): Smalls was an enslaved African American who escaped in a confederate supply ship and fled to the north. He later managed to become a sea captain for the Union Navy. Smalls became both a businessman and politician, serving in the South Carolina legislature.

Anna DeCosta Banks (1869-1930): Banks was one of the first graduates from Virginia Hampton Institute’s Hospital of Nursing. When she returned to Charleston from college, she worked as a head nurse and later the Superintendent of Nurses at the Hospital and Training School for Nurses. After her death, a wing of the Medical University of South Carolina was named in her honor.

Charlotta Spears Bass (1874-1969): She owned The California Eagle, which made her the first African American woman to operate a newspaper. Bass used the paper as an outlet for civil rights activism and to fight against racial discrimination and segregation. In addition to her work on the paper, Bass fought for African American rights by founding the Industrial Business Council and the Home Protective Association. In later years, she was also the first black woman to run for Vice President.

Lucille Simmons Whipper (1928 –    ): Whipper was born in Charleston. When her father lost his job after trying to organize a labor union, Whipper’s eyes were opened to the costs of social activism. She began teaching in schools and later ran for office and became Charleston’s first black woman legislator.

Septima Poinsette Clark (1898-1987): Clark was a Civil Rights activist and used her experience with racial discrimination to push her to fight for racial equality. She fought for equality primarily through the education system working as a teacher who helped set up schools to aid African Americans in registering to vote.

Esau Jenkins (1910-1972): He was a civil rights activist who saw the prejudice black students faced in the school system and bought a bus to transport children to school to help further their education and later adults to their jobs. He also founded multiple different committees to help better the lives of African American people in Charleston.

Mary Jackson (1945 –  ): Jackson is a sweetgrass basket weaver whose baskets have ended up in the White House, the Smithsonian American Art Museum and even in the Prince of Wales’s personal collection. Her baskets showcase a mixture of tradition with her own unique style.

Ralph H. Johnson (1949-1968): He was one of the only men from South Carolina who received a Congressional Medal of Honor for his bravery in the Vietnam War. He joined the Marines in 1967 and died in 1968 by jumping on a grenade to save his fellow marines. The Charleston VA Medical Center is named in his honor.

Viola Davis (1965 –  ): Davis is a critically acclaimed actress and producer and the only African American to date, to have won Tony, Emmy and Oscar awards. She was named one of the 100 most influential people by Time magazine.

Chadwick Boseman (1977 –  ): Boseman is an actor known for his roles as Jackie Robinson and James Brown in historical films. He has recently joined the Marvel Cinematic Universe as Black Panther.

Philip Simmons (1912-2009): Simmons earned the highest honor — the National Heritage Fellowship — for the U.S. to bestow on a traditional artist for his ironwork. Because of his well known and beautiful work, Philip Simmons Middle and High School were named in his honor.