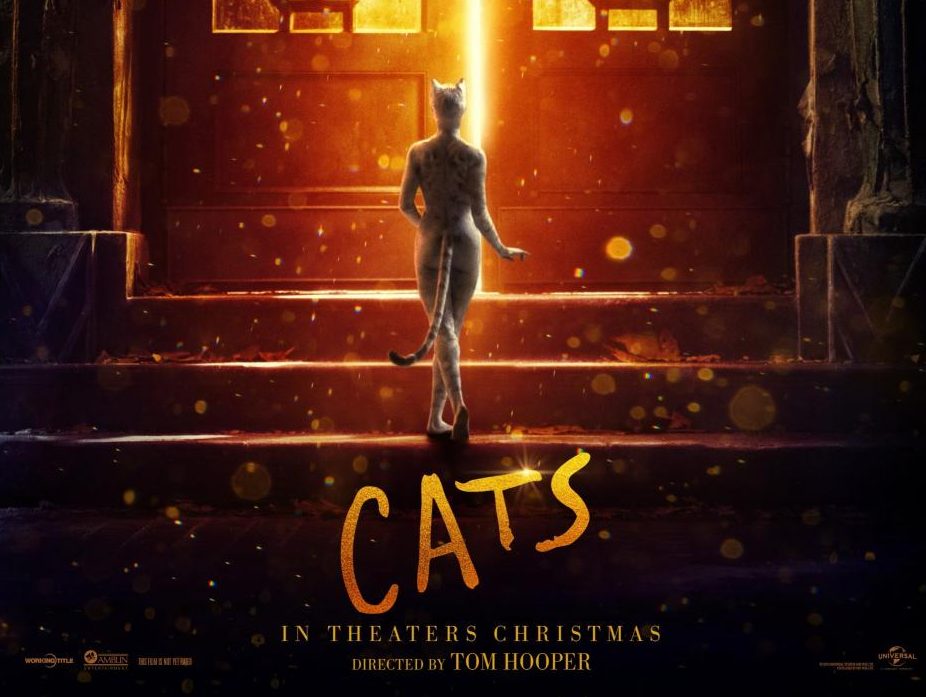 Tribal Tribune editors Hunter Musi and Audrey Kelly recently saw the newly-released Cats together. Here is their take on the film, with Audrey writing in italics.

It is difficult where to even begin this. I will start by saying it has been around two weeks now since we subjected ourselves to this film equivalent of being waterboarded. I seriously have never felt so surreal yet so absolutely disgusted and yet scared in a theatre. The inner terror I felt watching this movie was honestly on the level of when I got hit by a car last year, except I at least got a Jolly Rancher out of that.

Take a quick guess as to what we watched. What movie recently came out that would fuel such nightmarish conditions upon one’s brain? That’s right – Cats. The demon-infested fever dream, which was released Dec. 20, came out at the perfect time to ring in the new year by giving your children new sleep paralysis demons by viewing the monstrosity that is this movie.

Directed by who might also be known as Lucifer (Tom Hooper), this movie probably devoted half its $95 million budget to its cast, as well as digitally editing out Jason Derulo’s genitals [as he has stated in numerous interviews]. I am seriously unable to name more than three of the characters in this movie, so I will just go through them by what I mentally called them. Small disclaimer: a large amount of the cast are dancers, and I haven’t ever seen them before. Alongside the main protagonist Victoria (Franchesca Hayward), this hellscape includes neutered Derulo (Jason Derulo), Furry Magneto (Sir Ian McKellen), Pitch Perfect (Rebel Wilson), homeless cat (Jennifer Hudson), magic cat (Laurie Davidson), M (Dame Judi Dench), evil Heimdall (Idris Elba), James Cordon (James Cordon) and the real star of the movie, cat breasts (Taylor Swift).

The plot of the movie is simply having no plot. The cats say the word “jellicle” about a million times without even explaining what it means, sing songs about how they got their perverted cat names and then Jennifer Hudson flies away on a hot air balloon, most likely imploding from the sun. Cue end credits, here’s the Oscar, now goodbye.

And while we understand that it is the Broadway production come to life since everything is a cash-grabbing live action nowadays, some things need to remain what they originally were made for, otherwise the magic of it is lost and that is what happened here. Hey Hollywood –  no one asked for the image of Rebel Wilson unzipping her fur coat only to reveal another, then straight up eating singing cockroaches alive.

You have probably seen or at least heard about how downright creepy the CGI in this movie is. It seriously cannot be understated how unsettling this movie is. I cannot think of a better word to describe it, because honestly I have never felt more confused yet scared watching something. I fully believe had this movie existed when Dick Cheney was vice president, it would have been used against terrorists as torture. This movie has to violate the Geneva Convention in some way. I would have rather have had Tom Hooper claw my eyes out with his bare hands then ever have to see Idris Elba’s slick and seal-like body dance across the screen ever again.

And that is possibly the only way to describe this film — I could not have thought of something this horrific and violating of my eyes in my nightmares. And just to top it all off, not only is the CGI downright horrifying, it’s also terrible. The backgrounds look terrible, the characters look terrible and every single wide shot in the film looks like it was made on MS Paint.

Throughout my eyes being accosted by Judi Dench staring into my soul during the fim, I couldn’t figure out who had the jellicle hots for who, because every single character looked like at any moment they were going to pounce on whoever they were having a conversation with. Their bodies were all twitchy, they purred into each other’s arms, and to top it off, there was a scene that would make all foot fetishisers leap with joy. The camera followed Victoria’s foot into Jason Derulo’s face, where he contorted in an exorcist-like way when the foot reached him. What was the point, Tom Hopper? What was it?

And to ring it all in and tie it with a bow, there is a group dance scene that personally I feel was a metaphor for a giant sexual innuendo in which I really believe made furries feel understood. They were all conjumbled together and then at the end they all panted in some weird orchestrated way. Overall, this movie could double as both musical and adult entertainment.

I do feel like we should actually give at least some positives to this film because there are maybe one or two. The first would be Jennifer Hudson. Now because she won’t mention it, I will: Audrey sobbed at this movie, for a very different reason that I did. While I was sobbing over what I had just done with my life, she was sobbing over a surprisingly great musical piece from Hudson. It is the only musical number with no creepy dancing, which helps a lot, and is pretty much just her alone singing “Memories” and crying. And yeah, I will be honest, it was pretty great. If the entire movie had been that one to two minute piece, it would have been good.

That goes to bigger factor. Some of the people in this film are extremely talented, and all of the professional dancers seemed to do pretty well, especially given the CGI body suits they were wearing. And some of the singers, actually just Jennifer Hudson, do an amazing job. But to be perfectly honest, this is the only positive I can give this movie.

Now in all fairness, I absolutely despise musicals, but I don’t think anyone can disagree that having a movie with literally no dialogue other than songs is just not a good idea. I know that a lot of the horrible and stupid parts of this movie are because of the musical, but you do not have to make a movie out of a musical that is a literal shot-for-shot remake. Plays work because they are plays. Rarely can you or should you try to make a film out of them.

In this film, characters literally fall slowly so they can appear as if they are on strings, and yes, it looks as completely idiotic as it sounds. That pretty much sums up this entire film: it seemed like it would be horrible, it looks horrible, and honestly that is just because it is horrible. This is undoubtedly the worst movie I have ever seen. I say that fully aware some movies are amazing because they are terrible, but unfortunately, this movie is just bad. It is unimaginably boring. There isn’t even anything to watch in this movie as a joke to laugh at how bad it is — it’s just painful. I honestly would never have made it through this movie had I gone alone, I would have walked out and probably just sat in silence as I drove home reconsidering my life choices and what I spend money on. I cried at this movie, I seriously cried at how horrible this movie was and just out of fear of what I had just done with my life.

To answer the question whether it was good or not, I can’t even answer. I’ve had weeks to process what I witnessed and I still don’t know what it was or what I saw. I can’t say if it was good or not because to be frank, I felt like I was having a fever dream where Taylor Swift shows up for five minutes, drugs me with catnip and sings a song while shaking her body – oh wait – that actually happens in the movie.

Here are a few of my final thoughts quickly run through, otherwise I could go on forever: Why were there cat-themed stores in an alley in London perfectly sized for cats? Why is there a random subplot of magical cats that can teleport? And why, oh why do some cats have clothes and shoes that fit them perfectly? Is there a tailor and shoemaker for cats? Does this mean that other cats who weren’t wearing clothes were naked? All I have to say is this –Sir Ian McKellen, I am very disappointed in you. You showed up, licked a bowl of milk, sang a sad song and then disappeared. What would the queen say? You’re better than that.