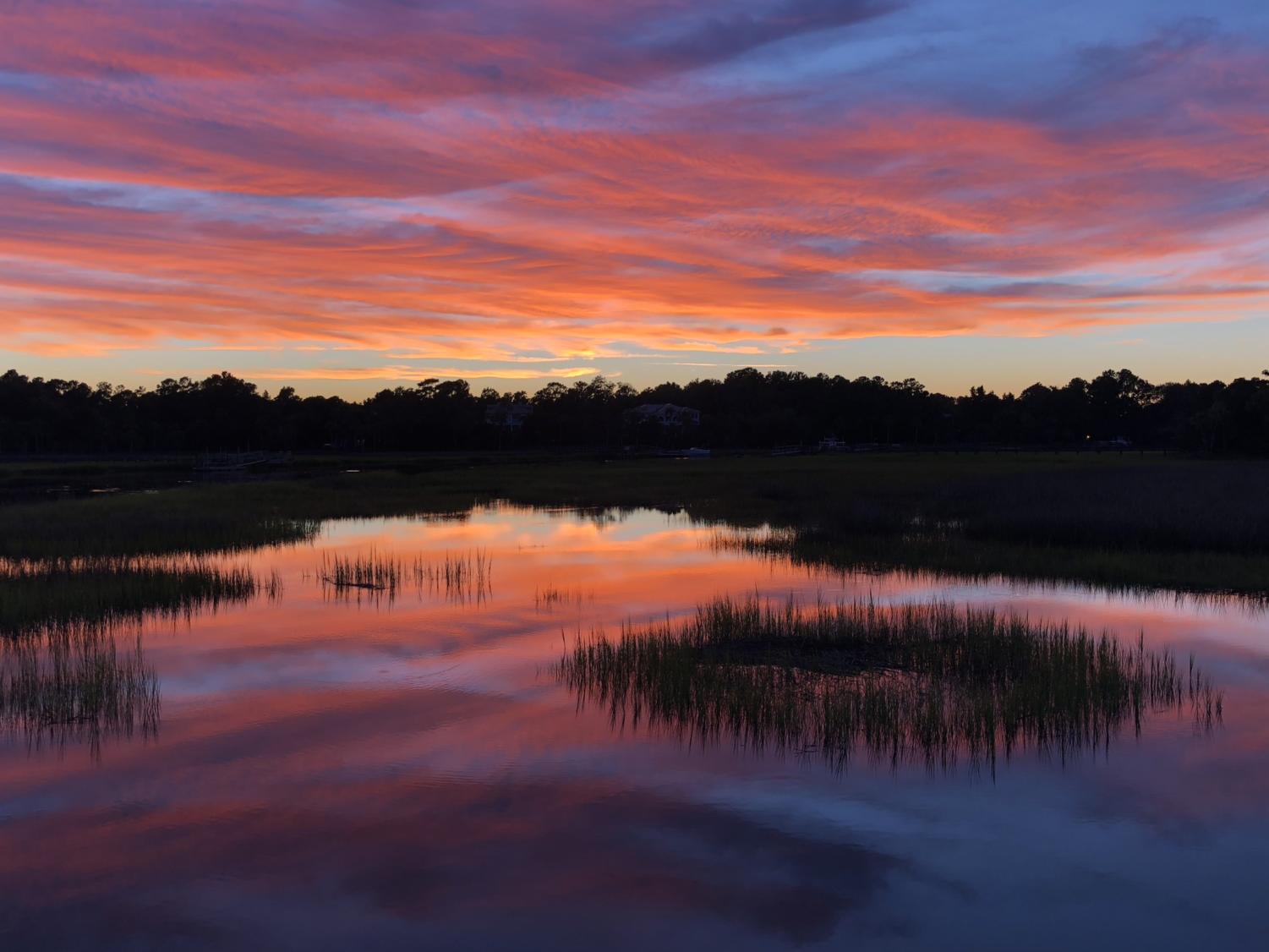 Educators speak out on how the climate crisis may effect the low-country and the people residing within it.

“Madagascar is on the brink of famine.”

“A billion children are at radically high risk for extreme weather.”

“The Intergovernmental Panel on Climate Change reports that humanity is at a code red level of danger.”

Climate change is not an issue for the future anymore, it is an issue of the present. What was once merely the stuff of science fiction has become a scientific fact.

The summer of 2021, which caused numerous weather and climate disasters, was also the hottest on record in the US and tied with the Dust Bowl summer of 1936, according to the National Oceanic and Atmospheric Administration.

Although the climate crisis is not a “new” issue globally, the increasing amounts of carbon dioxide emissions make it more relevant and dangerous than in the past. Even though carbon emissions have been present for centuries, the effects of dangerous molecular properties are catching up to us today.

“The primary cause of the climate crisis is the increase in the amount of carbon dioxide in the atmosphere. The increase has happened ever since the beginning of the industrial revolution,” Director of the Environmental and Sustainable studies at College of Charleston Allison Welch said. “What happens when we burn fossil fuels is that among other things carbon dioxide is released into the atmosphere.”

Carbon dioxide is the cause of many of the global issues that we see surrounding climate change. Carbon dioxide (CO2) has a property that allows it to trap heat closer to the surface of the earth, causing global temperatures to rise among other things.

“Carbon dioxide in the earth’s atmosphere functions like a blanket- it traps some of the heat and holds it closer to the surface of the earth,” Welch said. “The amount of carbon dioxide determines how much of that heat is retained in the atmosphere and how close it is to the earth’s surface versus how much is allowed to just go into space. The temperature of the earth has warmed up around one degree Celsius since the beginning of the industrial revolution.”

While a one degree Celsius increase may not seem very radical, an increase of that caliber around the globe is extremely disruptive to ecosystems that rely on a steady temperature.

Basically put, a one degree increase can cause dangerous and detrimental environmental changes.

And, Charleston is not exempt.

“Well, some issues particularly for Charleston are based around where we are located and what we have built upon. The hurricane frequency has been increasing, for one. Because of so many people moving to the area a lot of development is coming in and getting rid of that buffer and marshland zone that we have that protects us from those hurricanes,” teacher Alyse Silvia said.  “Another big one that I think most people are aware of is those rising sea levels and that flooding that we have.”

Being surrounded by sea, Charleston is put in a hazardous position with respect to rising sea levels. Already, places like the Charleston DMV office have been shut down because of repetitive flooding. This is called sea-level retreat– as sea levels rise, society pushes further from the water source.

Growth in rain has also been a major issue seen around Charleston.

“We are experiencing and expecting an increase in participation around the world. The increase in temperature affects sea levels and tropical storms, which are things that are affecting us locally”, said Welch.

The issues don’t end with the weather, however. Climate change has also been affecting local beaches and fish populations.

Because of the increase in temperatures, many fish have migrated towards colder waters to remain in temperature ranges that they are comfortable with. This can have disastrous impacts on the ecosystem and fish species in waters surrounding Charleston.

Despite the effects of climate change that have plagued Charleston, there is still a push towards reform, both locally and globally. Locally, Charleston has been creating multiple avenues of change to help respond to these issues.

One of these changes is something that can be observed with coastal architecture. Having stilts, pieces of material that hold houses above sea level, is one way that Charleston has responded to rising sea levels. This is called climate adaptation.

“Not rebuilding in places that have been wiped out by damaging impacts. Altering our infrastructure to allow that ability to not rebuild,” Welch said. “These are all things that are going on locally in Charleston. Climate adaptation is going to look different in places that are different from us.”

Charleston has been rapidly preparing its core infrastructure for the effects of climate change.

“A few things I found out about what Charleston is doing about this situation is that they have a climate action plan that was actually recently adopted in May of this year. They actually have different factions of it where they are focusing on buildings, transportations, and making more carbon sinks,” Sylvia said. “There is a spreadsheet that breaks down the plan, those that have been executed, what is in progress, and what is not in progress.”

This spreadsheet notes a five-sided plan of approach, with emphasis on government regulation, infrastructure, resources, land use, and outreach. Ideas proposed and completed in this government push include stormwater protection, new legislation, and collecting, measuring, and analyzing the impacts of extreme weather and coastal flood events, including information from the community.

When we look toward global change, the Paris climate treaty is the main organization dealing with worldwide climate change. The treaty comes together with supranational organizations and organizes climate relief in the form of soil deposition for eroded soil, promises of reduced emissions, and initiatives to help change the course of CO2 buildup.

“We need to be doing both climate mitigation, reducing our uses, shifting to alternative fuels, and climate adaptation.” Welch said. “Recognizing these changes, projecting what’s going to happen, and preparing ourselves for that.”

Besides global initiatives, how can we reduce the effects of climate change from our own homes?

Sylvia noted that it was all about the little things.

“I think first and foremost it’s all about education. If it’s not in the forefront, they are gonna not worry about it. I think educating people and getting the word out there.” Sylvia said. “Tiny steps, just be more cognisant. Try not to accumulate as much waste, try to carpool, all the things that might bring down those carbon emissions that are causing the heat to increase.”

By being more cognizant of the problem, recognizing the effects that we are going to deal with in the future, and responding in appropriate ways like reducing our carbon footprint (all of the CO2 we use as a person), we can help in small ways to help stop buildup of carbon dioxide.

But are we too far past the turning point?

Sylvia and Welch didn’t think so.

“I think it’s important for people who are young to get involved. You guys are our future. I can preach all day about what to do, but if you guys don’t take the reins it’s a lost cause,” Sylvia said. “I think it’s important to keep track of the progress Charleston has made, and act locally while thinking globally.”

By taking over the control of our future climate, we can help prevent the effects of carbon buildup and promote a healthier environment.

“Let’s look at what we’re doing now and recognize that if we don’t address the problem now we’re making it worse and affecting our descendants. We can absolutely do something now to improve the situations for ourselves and our future generations,” Welch said. “It’s absolutely not too late because what we do now could be benefiting people in the future. It’s too late to have no climate change impacts, but it’s not too late to change our future.”

In the face of headlines noting the global catastrophe that is climate change, it’s important to stay hopeful. By starting small and looking big, we can take the reins of climate change into our own hands.