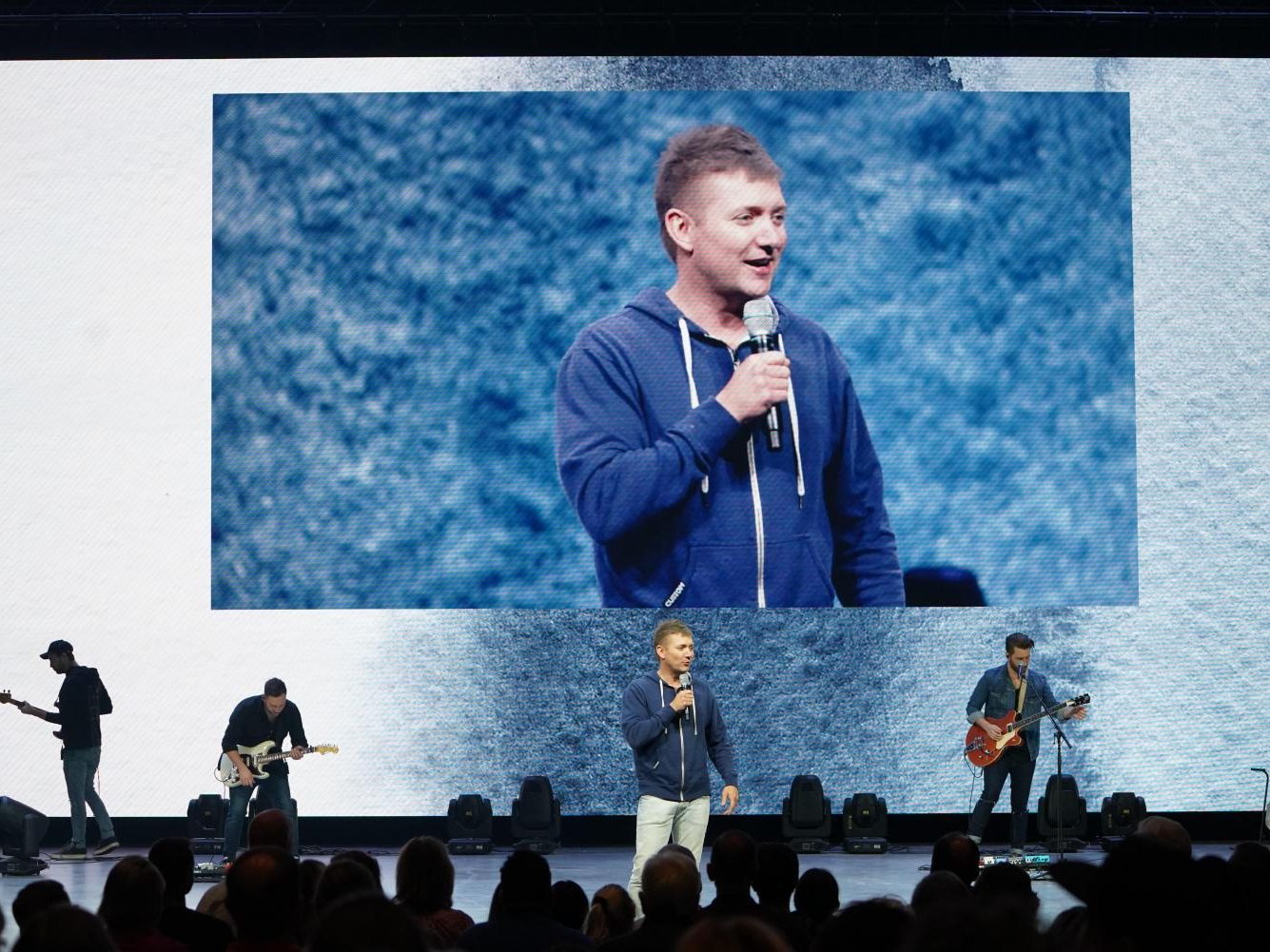 He wears the same welcoming smile as always at the start of his message. His hands move for emphasis and, like any practiced speaker, he looks up from his notes often to look out across the huge auditorium he stands before. Yet when he cracks a joke, not a single person laughs. It’s not a bad joke — or if it is, that’s not the real problem.

Instead, the Seacoast pastor is preaching to a camera. His voice echoes through hundreds of phone screens, computers and televisions as people tune in to the sermon, left with no other choice since churches big and small have closed their doors in response to COVID-19.

This was not something anyone was expecting.

“At first when I heard it, I thought it could be serious, but I wasn’t sure it would be serious here in the United States,” said Mike Hipes, the preacher at Mount Pleasant Church of Christ. “I was a little taken aback at how fast people got infected, how easily it spread, and the situation we’re in right now. It’s pretty serious stuff.”

Up until last Sunday, most churches weren’t even considering cancelling their services. For those that did, it was a last second decision.

“We were planning to have church last weekend, but then last Saturday morning, we got several e-mails from doctors in the church kind of giving the perspective from the medical community,” said Josh Walters, a pastor at Seacoast.

Seacoast is attended by thousands of people every week, and to protect the attendees, it was deemed necessary to close its doors.

Other churches were slower to resort to these drastic methods.

“The first steps we took, before it really got serious, was that we sent out an e-mail and informed everyone what was going on,” Hipes said. “We encouraged people who were older or had compromised immune systems or sickness or whatever to stay home, and then we had some guidelines for people to follow with social distancing at church and washing your hands, using… hand sanitizer and all that. But after last Sunday, we decided to cancel classes and services completely.”

The smaller church, with a congregation of 65 to 70 people, has a lower risk of spreading the virus and gathered that Sunday as usual.

But now, churches across Mount Pleasant — and the country — are almost all closed, and plan to stay that way until the situation changes.

“We’re kind of taking our cue from public schools, and trying honor requests that the president and governor have placed in terms of precautionary crowd limitations,” Walters said.

But that doesn’t mean churches are gone — instead, they have shifted their focus to ministering online. This is easier for some churches than others. On one end of the spectrum are smaller locations, for which the online experience is entirely new.

“I’ve never done — what do you call — podcasts, or anything like that,” Hipes said. “I’m a little bit old school. I like to see who I’m talking to and see who I’m preaching to, really. That’s the way I’ve preached all my life. So this is going to be the first time.”

Other churches, like Seacoast, already have a well-established online presence. But they still face challenges of their own.

“Seacoast is a multigenerational church. There’s a lot of people — even for our team that stuffs our worship guides on the weekends, there are two ladies on that team that are over 100 years old,” Walters said. “One is like 103, and one is 100. So they’re not gonna be the most tech-savvy in terms of finding Seacoast on Youtube or even watching church online… so [there are] a lot of the platforms that we’ve had in the past — like accounts on Twitter and Facebook and Instagram and Youtube and all of that kind of stuff, but we’ve never done much by way of tutorial for people on how to access them.”

To further their efforts to keep everyone included, they’re focusing on outreach to specific groups.

“Small groups can’t really meet because most of them are more than ten and so,” Walters said. “For our student ministry they’ve been going online every night at eight o’clock with the student pastor. He interviewed a student last night, so he’s bringing some other students to be live with him.”

The much smaller Mount Pleasant Church of Christ may not have an established online presence to build off of, but the tradeoff is that its congregation has a tighter network of personal connections. So they may not have as many organized church activities planned, but they can stay united by supporting one other on an individual level.

The coronavirus may have caused a lot of panic and confusion, but churches both large and small are ready to rise to the challenge.

“Our plan is to still be present and serving people,” Walters said. “Seniors are those that are most susceptible to the coronavirus, so we wanna be present to serve and be a blessing to the community if that’s grocery shopping, or — we want folks to be able to self-quarantine and stay home that are scared.”

And above all, they consider now, more than ever, to be a time to look to God.

“Even though this is difficult, and that this is a difficult time,” Hipes said, “God is bigger than any virus, and God is sovereign. He’s in control of every situation that’s around us. So we don’t need to fear. One of my favorite Psalms is Psalms 46. It says, ‘God is our refuge and strength, our very present help during times of trouble.’  That’s verse one. So I would like [people] to know that, and to hang in there.”