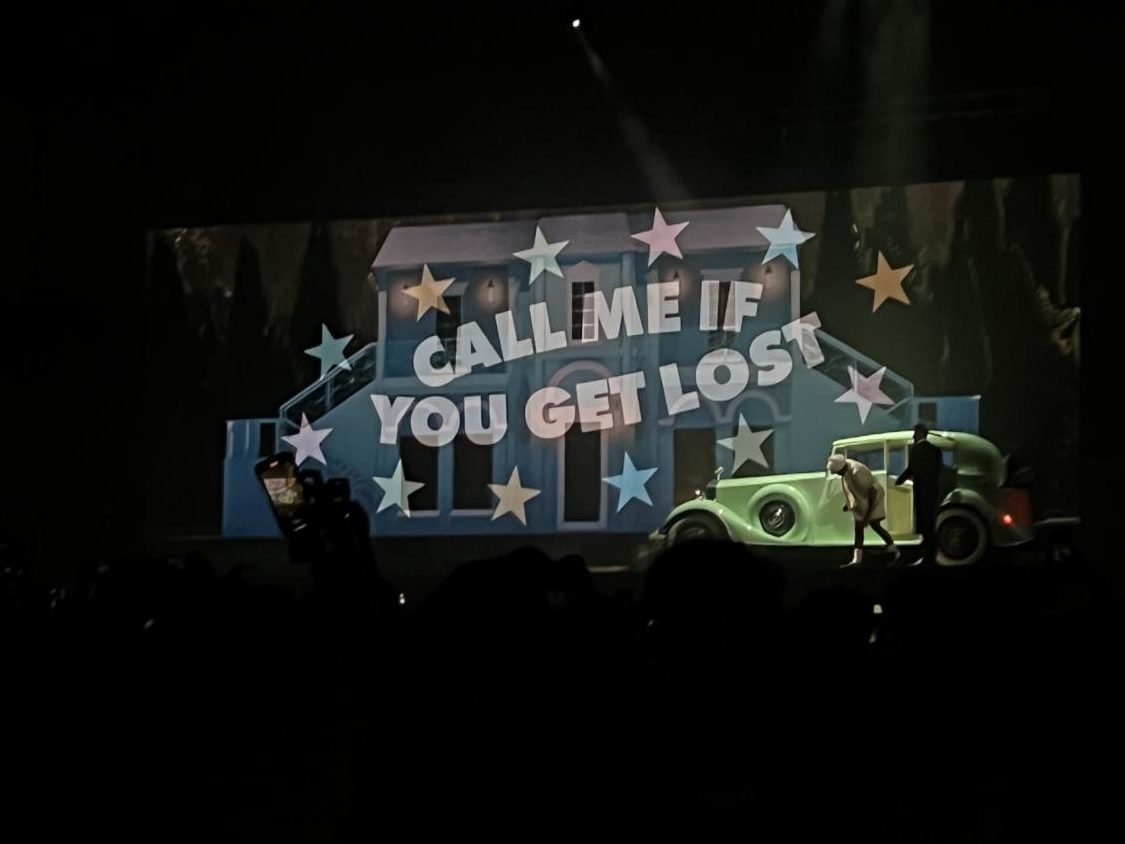 Seven months later, we had finally made it. I was a little iffy at first because I wasn’t the #1 fan of Tyler the Creator, but I did love his vibe so I caved and bought my friends and I tickets. We were already so excited the second I purchased them.

Over the next couple of months I listened to Tyler, the Creator, Vince Staples, and Kali Uchis. Teezo Touchdown was an opener as well, but I did not listen to him as much. Tyler and Kali ended up being my top artists for the past four months.

Definitely worth the wait.

When we arrived, the line for the pit was already down the block so we got into line and waited. This was a mess, no fault to Tyler or any of the other artists, but they need to work on crowd control. We finally got settled into the pit and people were already starting to drink which is not a recipe for success. Next thing you know, the lights start to dim and smoke pours on stage.

Rapper Teezo Touchdown opened the show with a construction themed set to get the crowd warmed up.  Teezo is not a well known artist yet so he asked the crowd to repeat his lyrics after him and next thing you know, everyone was singing. His stage presence was wonderful. He sang “I’m Just a Fan” and “Careful”, and his energy definitely got a rise out of the crowd. Being a shorter person in the pit at a rap concert definitely wasn’t the smartest idea of mine, but we made it out alive.

Following Teezo Touchdown was Vince Staples. I was so excited for his song “745”, but it was a let down. Vince’s vocals were unclear and sat down to sing. Everyone still clapped and cheered, but he did not have as much hype as Teezo Touchdown.

Kali Uchis was up next, I was so excited for her songs “Loner” and “Dead to Me”, but it was low energy all around. The crowd was getting antsy and was ready for Tyler. This led to the pit getting a little riled up and I even had to push a girl who had passed out over the barricade.

After intermission the crowd flowed back in and everyone was ready for Tyler. Every loud sound had people jumping up and looking around.

Finally the lights dimmed and the Blue Rolls Royce came up. Tyler, the Creator began his show with a high energy song “Sir Baudelaire”, an homage to his last name. “Sir Baudelaire” led into “Corso” which threw the energy through the ceiling.

Tyler did not miss out on props, which included the Rolls Royce, a house which featured silhouettes of featuring artists (like ASAP Rocky), and Tyler even went on the balcony of the house to serenade the crowd. Every song with a bass drop featured fire or fireworks which made the audience explode.

His set featured songs from his first album “Goblin” and some of his other well known albums “Wolf”, “Igor”, and “Flower Boy”. Tyler, the Creator was very sly with accents that were added to the show like his mini remixes of his older albums and with the silhouettes in the house.

This tour was dedicated to his most recent album “Call Me If You Get Lost” and sang many songs from it such as “Lumberjack” and “Wusyaname”. As he descended further into the set he went from the main stage onto the second stage in a boat.

Tyler was very personable, making the crowd feel like a family and saying he should be back. He put on an incredible show and recognized his long-time fans and his new fans as well. He kept his energy throughout the set and acted like he actually wanted to be there. I would pay again and again to see Tyler perform, but the others I could skip out on.