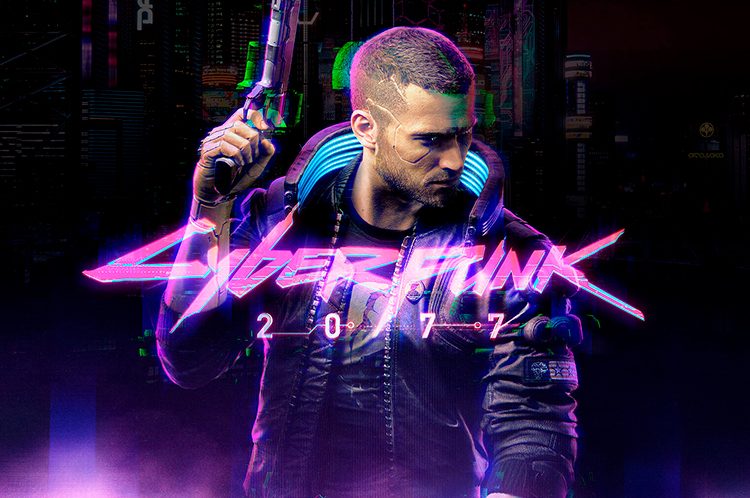 Cyberpunk is enjoyable but not worth the price tag

Cyberpunk 2077 has been long awaited by fans since the announcement of development in May of 2012. It was advertised as a single player, openworld in a dystopian, crime-ridden city where your decisions truly made an impact on the world around you. As the years progressed, more people preordered the game, and attention increased as more teasers and trailers were released. The announcement of an official release date in April of 2020 by CD Projekt Red caused excitement for this game to skyrocket. As interest increased, more information about the game was revealed to the awaiting public: detailed character customization, a dynamic leveling system, realistic combat, impactful choices, smooth animations, and so much more. The expectations for this game became higher and higher with each passing day, and when Projekt Red announced that the release date for the game had been pushed back to September of 2020, people assumed that they still needed to polish the game.

Then the release date got pushed back again to November with some public outcry. Again, the new release date rolled around, and nothing. People were frustrated with the constant delays, as it had become quickly apparent that Projekt Red had underestimated the amount of time they needed to complete Cyberpunk to the best of their vision.  Finally, the last release date was officially revealed: December 10, 2020. However, with the pandemic slowing progress on the game, I believe that was one of the main reasons the release had to be delayed.

Atlast, the game has been released. Does it live up to the expectations of the gaming community? Well, that depends on who you ask.

Initial opinions on this game were very mixed. It became very clear to everyone that the game was a bit frustrating to play on console. There were a whole slew of glitches and bugs upon release, and those things were doubled on consoles. People were upset and complained about the amount of problems that the game had upon release. It got so bad that Cyberpunk 2077 was removed from the Playstation store, and Projekt Red is still issuing refunds for those who want them. They had to release an official apology on all of their social media platforms, and as far as I know they are still releasing patches for bugs within the game. On PC, the issues weren’t as prevalent; there were still plenty of bugs.

Lucky for me, I was playing on my computer, so my main issue was performance problems. Considering that the game is over 100 gigabytes, I was surprised my computer could even download it, let alone run it smoothly. I strongly recommend closing everything else on your computer before you play it, otherwise you might lag a bit in the game. This might just be a problem that people with less RAM have to deal with, but I would still be careful as to not overheat your device. One way I learned to solve this issue is to adjust the graphics settings in the game. Once I turned my graphics down a bit, my FPS remained consistent enough for me to play the game without frustration. The sad part is that one of my favorite parts of any game are the graphics, and the unique art styles presented within each game. Cyberpunk has amazing visuals, and depending on the graphics settings you use it can look pretty realistic. Everything in the world, from the pieces of litter on the ground to the neon signs on the buildings works collectively to create a dystopian environment that works well with everything around it. The NPCS (randomly generated characters) all fit into the crime ridden aesthetic that Night City, the main setting, presents to the player. My only criticism about the NPCS is that the children do not look like children, rather they look like really short adults cosplaying them.

However, unlike the NPCS, the main characters associated with the storyline all look unique and fantastic. One of the first characters you encounter in the game is Jackie, a guy with a tough exterior, hardened by the city. However, as your character interacts with him, he proves to be so much more than a stereotypical gangster; he’s actually one of my favorite characters in the game on account of his design. There are subtle references to his Spanish upbringing throughout your interactions with him, including speaking Spanglish and making references to Latin-American culture. He prioritizes his family and friends over himself, and was making an effort to escape a life built on crime. However, his character is not the only one that becomes more fleshed out as the story progresses; your character develops into being a whole different person by the end of the game.

Character creation is important to me in any game, so I am pleased that Cyberpunk provides plenty of options so you can customize to your heart’s content. A new concept that this game introduced was a leveling system revolving around the use of cybernetic parts. Every time you change or add a part, the physical appearance of your character is altered. I find that to be pretty creative, as in most games leveling does not heavily affect the cosmetic appearance of the character.

Unlike other games with a customizable character, this game has a voiced protagonist, going by “V.” I personally dislike if the protagonist is voiced, as I believe that it prevents you from creating a unique character in the game. I’ve noticed in openworld games that if the character is voiced, it limits what they can actually do in the game. However unlike other games, in this game there are so many dialogue options and results that having a voiced protagonist doesn’t become a glaring issue to me. Some of the dialogue options are only available depending on which backstory you choose for your character. There are three: Street Kid, Nomad, and Corpo. Each backstory acts as an introduction to the game and its controls, which you play through to get to the first act in the main story. I chose the “Street Kid” background because I thought it was fitting considering that the game is based in a city, and I had also heard the least about this background. I won’t give anything away, but it introduced several gang conflicts and the issue of severe crime within the city, showing that there is so much more going on than just the main story in the game world.

The main story in the game is a wild ride, to say the least. After you complete the backstory you chose, you are led seamlessly into the first part of the game, which also introduces the story. This is also the first instance in which you can explore the game world freely, so you can finally do as you please. Despite all of the bugs and glitches that can be occasionally encountered in the open world, Night City is still a dirty city, bursting with people and crime, all lit up by neon signs and street lights. Graffiti lines the streets and the alleyways, adding a chaotic vibrance to the city. Each part of the city is unique, from Chinatown to the rural, decrepit outskirts of the city. My favorite part of the city has to be the city center, which proves to be the most chaotic place in Night City. Dozens of street vendors peddle goods to passersby, while cops are having a shootout with a gang just a block or two away. The only part of the center that remains mostly free from the sea of people is the streets, which are filled to the brim with cars of all shapes and sizes. This type of atmosphere is integral to providing a decent open world experience, as it shows to the player that the world is much more than a set of objectives or goals to complete. You feel like you are a part of the world, rather than the world revolving around you.

The soundtrack in this game also helps tie the game together, with several different unique radio stations you can listen to within the game. Projekt Red put a lot of time into the soundtrack of the game, with a unique set of songs created for each radio station, genres ranging from reggae to club music. You have access to all of these stations, but one of my favorites is “107.3 Morro Rock Radio.” It is themed around both heavy metal and EDM(Electronic dance music), and it has always been my #1. There is also commentary on each of these stations that remains relevant to events and general city culture throughout the game, making you feel even more in tune with the game universe. Whenever you complete a part of the main quest, the commentary on the stations will slightly alter, showing that your actions do in fact have an impact on the world.

Along with the main story, there are both romance options and side quests that can shape your character and how they react to things. Some quests are as minor as a “fetch and retrieval,” while others open up a new cornucopia of stories you would’ve never known if you hadn’t looked. I enjoyed the sidequests, as they provided a small break from the main story, and some of the rewards you can receive from them can assist you in the future.

This game proved to be extremely fun and well put together, as a few glitches and bugs are to be expected on release. The hype that was built up over time for this game proved to be too much; people’s expectations became too unrealistic for this game. This is a fun game to play, and I hope that it receives more patches in the future so that console players can enjoy the game to its full extent.

I do recommend this game, although I would wait until there are a few more bug patches before you think about purchasing it, unless you do not mind playing with a couple glitches here and there.