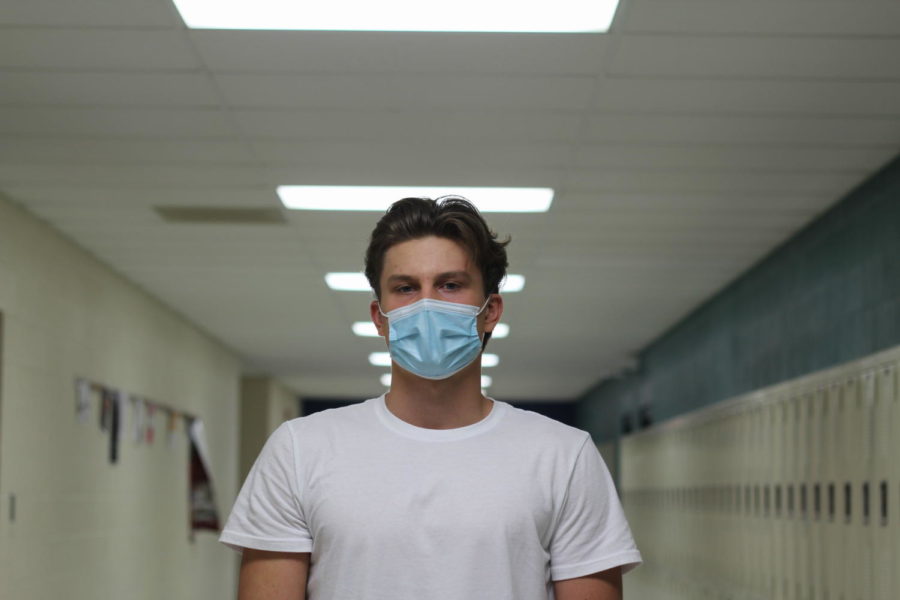 Charleston, South Carolina has been rapidly growing for the past few decades. With this influx of people, we see new and interesting stories of others’ homelands. This is apparent at our local high school, Wando, as well.
David Visser, 17, moved to Mount Pleasant with his family in February of 2020 from South Africa. Previously, Visser lived in Pretoria, which is a city located in the Gauteng Province. Despite Gauteng being the smallest of the nine provinces, it inhabits the largest population in South Africa.

As expected, the differences are apparent when comparing Pretoria to Mount Pleasant. Visser spares no detail as he recounts his story and shares his opinions about several topics relating to high school social and educational life.

Visser was originally born in

Atlanta, Georgia, until he moved to Pretoria in the third grade. Since he grew up in the states, he was already well-versed in English. However, his first language was Afrikaans, this is due to the fact that his parents had previously lived in South Africa, so they continued to speak the language at home even while living in America. Despite Visser being born in America, he still spent the majority of his childhood in Pretoria so the culture shock of moving to Charleston was evident.

“South Africa has essentially four or five major cities–Johannesburg, Capetown, Durban, and Pretoria–so I imagine that there is sort of a regional feel to those places. If you think about the United States, the differences between Atlanta and San Francisco or New York City and Miami are pretty profound,” Mr. Tylers, one of Wando High School’s history teachers, said.

Visser talks about a few immediate differences he noticed once he moved here.

“…Every house is gated. There’s a fence around it with electrical wire…the windows are secured as well,” Visser said.

He explains that South Africa is not as safe as Charleston and that he feels safer in his new home. Visser attended a high school in South Africa before moving here. He describes the significant difference in size that forced him to adapt.

“I’m used to knowing everyone at school…where at Wando, you see someone new every day,” Visser said.

Visser estimated that at his old school, there were about 1,500 students. This is a stark contrast to Wando high school with a student population of around 4,000. Visser preferred the smaller sized school since it gave him a sense of community.

Although the population of the school was a factor in the communal feeling, other events went into that experience as well. For instance, there were three assemblies a week which all grades would attend. There were also dances and trips. He even describes the traditional freshman hazing they would do each year.

“…We were close to an airport and everytime a airplane flew over you had to, if you were a freshman, you had to drop to the ground and scream “bomb shock,” Visser said.

As imagined, the actual education system itself in South Africa is very different from the United States. Here an A and B are common and good grades. In his old school, the average grades were 60’s and 70’s. Very few 90’s were ever given out. Studying is crucial to passing. If you don’t study excessively, your success will be heavily affected. For a good marking on a test, several hours of studying is imperative.

Their focus is more heavily centered around exams rather than classwork or homework. Homework was not part of their overall grade, but if they failed to complete a certain amount, they would serve detention. There are no levels of difficulty in classes either. At Wando, most courses are offered with three options, CP, Honors, and AP. In South Africa, everyone learns at the same difficulty level.

“I think people here are more serious about colleges and everything you need to do to get into college, but the actual classes and studying for tests I think is much more serious there because it’s a lot harder,” Visser said.

In the United States, college is drilled into students’ heads immediately after they begin in the school system. This is a stark contrast when it comes to South Africa. There, college is uncommon and typically for the elite.

Since South Africa’s school system is less focused on college and further education, Visser feels as though he has more opportunities here in Mount Pleasant. Since college is very common, and he’s able to study just about any major he wants, he feels as though many career paths that weren’t previously available to him, have opened up since the move.

“My educational goals changed because here I can study anything I want whereas there, it’s not feasible,” Visser said.

Visser doesn’t plan on returning to Pretoria, and says he prefers it here. Visser is grateful to continue his education here in Charleston, and hopes to go onto some form of further education in order to study the best career path for him. “I prefer Charleston, it’s more laid back and I feel safer here,” Visser said.