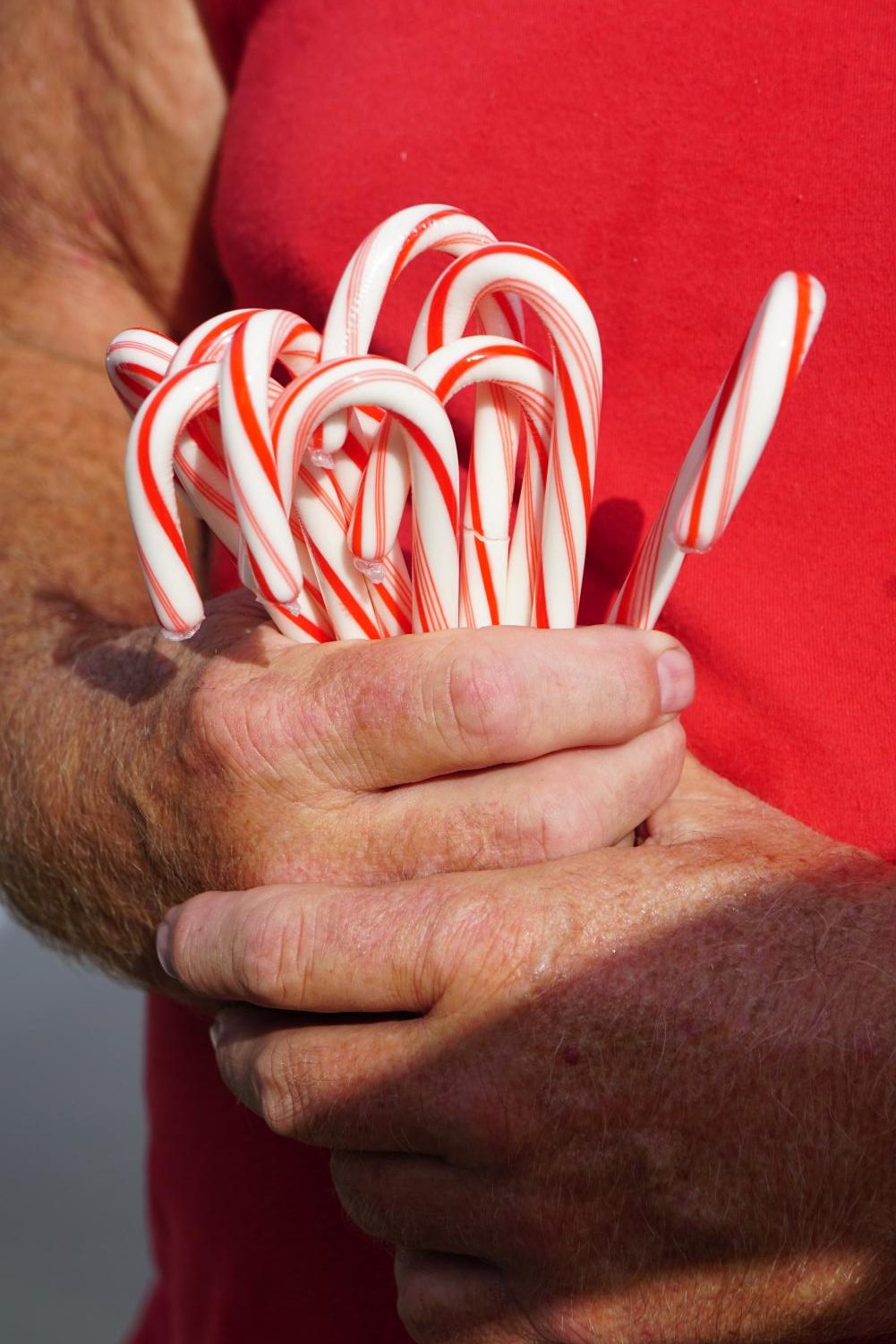 Deck the halls, not the beaches

Hogue makes difference in cleaning up the coast

He may not be an actual resident of the North Pole. But with his white beard, jolly temperament, red “uniform” and several boxes of candy canes, it would be an easy mistake to make. But Howard Hogue, otherwise known as Beach Santa, is hard at work all year, not just on Christmas Eve.

It was never his plan to get so involved with beach cleanup.

“I came down here [from Maryland] three summers ago to come to the beach and enjoy myself,” Howard said. “But when I got to the beach, I said to myself, ‘there’s a lot of litter!’ And so I started picking it up, and it got to the point that I couldn’t carry it. So I got myself a bucket, and then my back was getting me so I got a grabber.”

Howard does this at least twice a week, typically on the Isle of Palms beach. It’s no small effort.

Still, he is one person. What difference can he really make?

In all probability, it’s greater than you think.

That’s just one beach visit — no more than a few hours. And with such regular visits, results accumulate fast.

To give a better idea of this, Howard was once asked by Linda Rowe, his frequent partner in picking up trash, “‘how many items am I going to pick up between Jan. 1 and Memorial Day (final Monday of May)?’ And I said 30,000. It
ended up only 28 items short…

What began as a personal project began to attract attention. He was featured in SC Living in December 2017, where he was first dubbed Beach Santa. He was thrilled, not for the recognition, but for the influence.

He also sparked the development of a weekly IOP beach cleanup crew over the summer — the reporter who first wrote about Beach Santa, Susan Hill Smith, helped organize it following their interview. He participates at these cleanups on top of his solitary excursions. Last summer was the crew’s second year of meeting every Monday from 5:30 to 6:30. (Anyone is welcome to come to just one or two cleanups.) Its final meeting was on Labor Day,

“I had no idea that what I started would cause such a chain reaction,” Howard said, “but that chain reaction, hopefully, will keep the beach cleaner.”

Howard’s goal is not just to pick up trash himself — instead, “I’m trying to educate people,” he said, “being Beach Santa gives me that power to talk to people — I get their attention pretty fast.”

He wants the effort to be more than just him. As much as he does, there will always be trash on the beach if people keep putting it there. He can’t solve the underlying problem himself.

Nobody can do it alone.

But why does he want to do it? Why does it matter? His go-to reason for reducing litter is that it can hurt people.

In a more direct sense, he describes finding a broken glass bottle. He was horrified — “that could ruin someone’s foot,”

he said. “Young people need to understand that what they’re doing, the lack of respect, is going to affect their futures

and their future families.”

Perhaps that, more than anything else, is why Hogue is so reminiscent of good ol’ Kris
Kringle — he works all year to create a safer, cleaner world for the little ones.

Beach Santa is making a list and checking it twice — a list full of straw wrappers and cigarette butts.