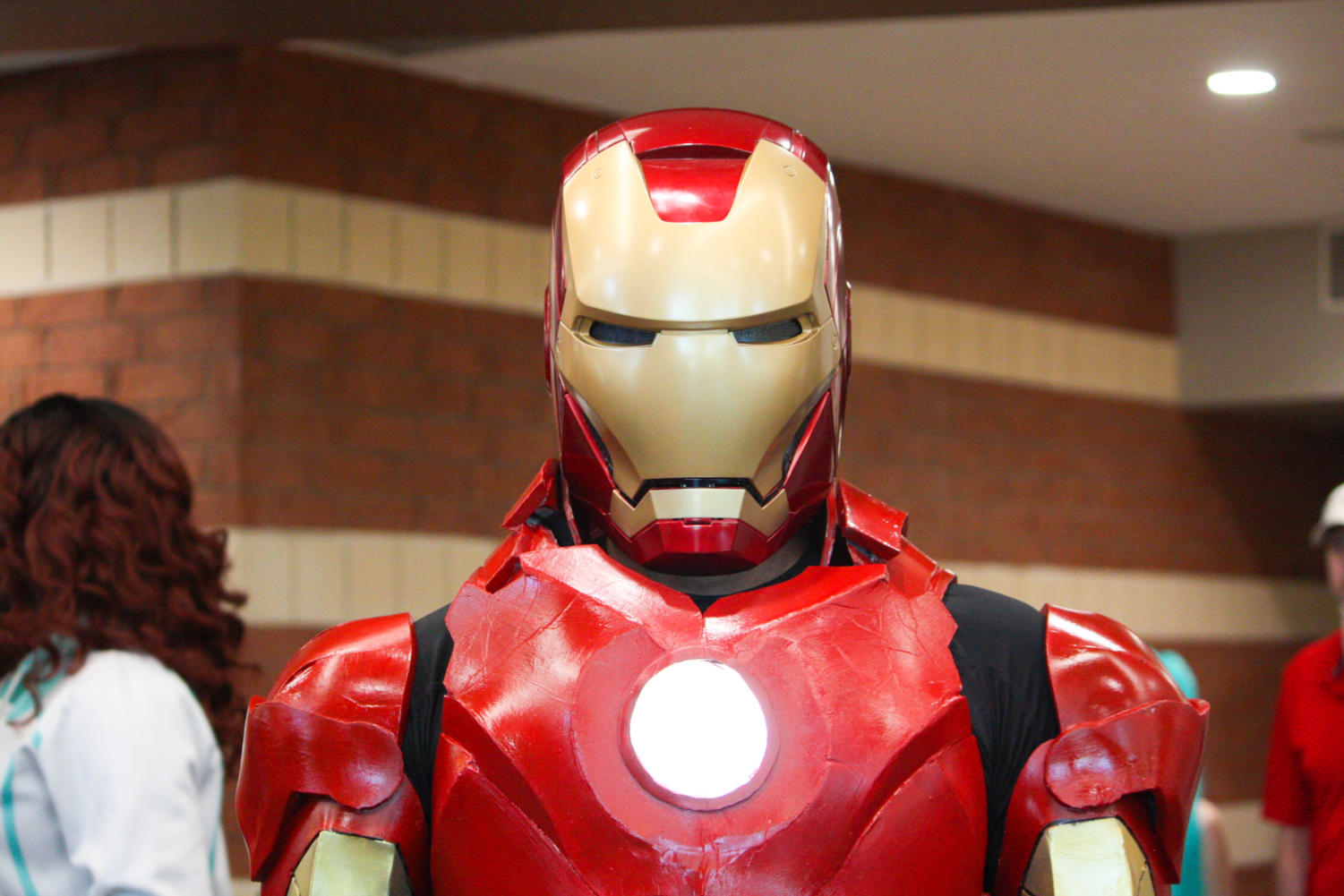 Dressed for the occasion

Bright colors, crazy costumes, interesting people: all staples of the average cosplay convention. But what a lot of people don’t even consider is the immense amount of time spent on the aforementioned outfits.

Sarah Sharib, a Senior at Wando, has been cosplaying for years. Their uncle worked for a comic book company, and Sharib attributes him to their love of comics. Comics, combined with their love of art, spiraled them into the artform of cosplay.

Cosplay is a very detail oriented activity, it takes hours upon hours, and even the most experienced cosplayers will need days to complete one costume. Sharib is just one of many who experiences this time-intensive hobby.

“Honestly, it’s really difficult to find a balance with it because, I mean, I’m in school full time… and I work full time,” Sharib said.

So much of their time has to be balanced, but they still manage to find a way. But not all cosplays take just a few hours. The work required to finish a cosplay can change depending on the costume.

For Sharib, the time can change drastically. Depending on what they need to make the costume, the hours can grow exponentially. If Sharib needs to make a new design out of fabrics, the process can take days longer. Sharib also has to create armor for some cosplays, and that will add hours upon hours to complete a single piece of the costume.

But Sharib isn’t the only cosplay enthusiast at Wando. Gray Dzielinski has also been doing cosplay for about a year now. They experience the same stress of balancing their time, but for them, it’s at it’s worst right before conventions.

While the cosplays may take a ton of time, there is a way to make profit. Commissions are a commonplace in the cosplaying community. Whether it’s props or entire costumes, making cosplay equipment is the optimal way to make money while cosplaying. Dzielinski charges 10 dollars an hour, with a flat rate for the materials they use to create the cosplay, as well as an added price to cover the shipping costs.

They recently made 180 dollars off of a commission for someone in Germany, but they don’t just make money off of commissions. They also have deals with cosplay companies.

“I do have codes with companies that are like 10% off. I get a commission part of that,” Dzielinski said.

The time spent on the commissions, and personal cosplays may be extreme, but to these dedicated crafters, it’s all worth it. The goal for some is to make a living doing what they love.

“I think being able to do something you love and make money off of it is like a very fortunate thing,” Dzielinski said.

A group of Dzielinski’s friends created a cosplay based Youtube channel, it has seventy thousand subscribers and it makes money off of ads that they run on their videos. For many, cosplay can, and will become their main source of income.

“My friends also get sponsorships and deals. And I do want to get to that in the future ‘cause I think it would be very interesting making a career out of cosplay,” Dzielinski said.

For some cosplayers, it isn’t just about money, it’s about the people they see and places they can go. Dzielinski goes all over the south east for conventions, from Charlotte to Atlanta, meeting people everywhere they go.

Some others go to conventions to bond with the friends they already have. Sharib uses the time to meet up with friends they don’t see very often.

“A lot of my cosplay friends don’t meet outside of conventions because we don’t really get the time,” Sharib said.

Cosplay brings something to the table for everyone, Dzielinski heavily encourages everyone to try it out. They urge people to go to an event, even if they don’t dress up.

The time it takes to make a cosplay may be extreme, but it is worth it to those who truly love the craft. Balancing school and work, on top of cosplay, is entirely possible, and extremely profitable, but the key takeaway is to have fun.