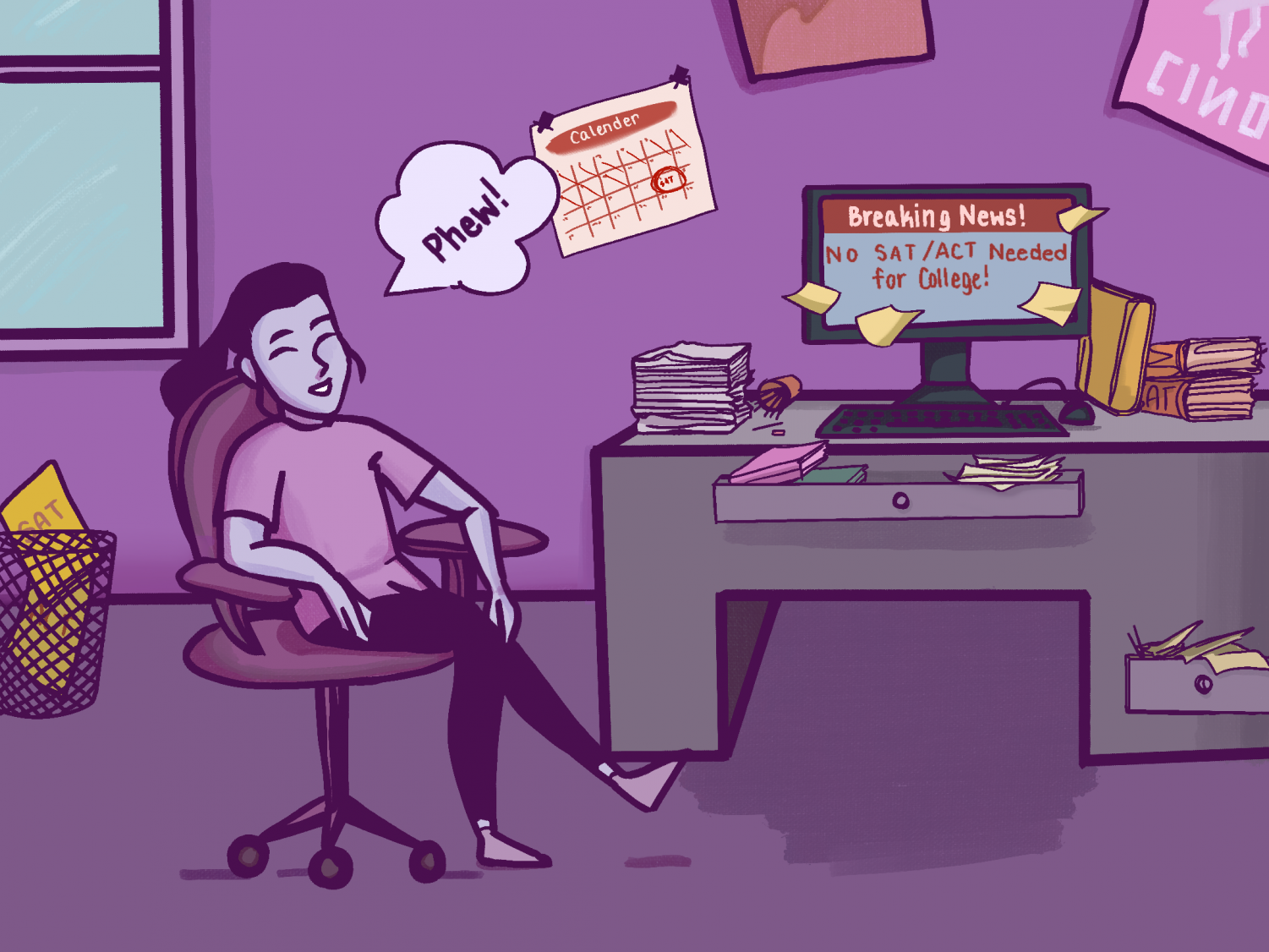 Editorial: Should the SAT & ACT be required?

For as long as anyone can remember, the stress of the SATs have plagued upper class high schoolers. The idea that your entire future relies on one test you take at age 17 has been shoved down the throats of kids in everything from movies, TV shows, and the typical family dinner. It’s seen everywhere in big bolded letters that have every kid stressed for months as they await it — “You need to do good on your SAT.”

And it’s not even just “do good and if not, it’ll be okay”it’s “do good or you won’t get into college.”

For years now, the “Scholastic Assessment Test” gives students a score that goes up to 1600, and all parents strive for their kids to get just that. It’s created a nationwide panic for everyone going into their junior year of high school due to the test being taken at the end of that school year.

But this year is different.

Due to COVID-19, many schools across the nation are not requiring the SAT scores for applications for the first time. The reason being that many SAT testing sites had to close down and students haven’t been able to take it. They are relying on GPA, extracurricular, and writing opportunities to choose who gets admitted into their schools.

Now this begs a question — should this be the new way of college applications?

By taking away the requirement of the test, it has backed up the claim made by many that it’s obviously not that important if schools are letting it go for one year.There have been numerous surveys and studies that show that students don’t believe that the SAT is a fair representation of their knowledge and skill. The problem for most is simple — you are allowed to take the test multiple times. But each time questions and topics are different. So what if on one test, the type of questions they ask in english is what your brain processes better but not in the math section? So you take it again. This time the math is the math you’re good at but they changed up the english.

Either way, the score doesn’t change much, and the varying educational standard for each SAT hurts the students more than helping them.

Not to mention the issue with how the SAT is not fair to people on the lower income scale. Each test you take is about $50. So in the scenario where a student takes it once and doesn’t get what they wanted, they’d have to pay a decent amount of money just to not have to worry about whether or not they are good enough to get into college. People say all the time, “yeah you can take it as many times as you want,’ but that’s their reality. Not the reality for many kids whose parents can’t afford to spend $150 on top of the application fee for college on a test that is required to get into a school that will give them even more debt.

“Don’t worry, there’s classes you can take to get a better score,” they say again, naive to the reality that most Americans face — they just can’t afford it.

An average of 1.3 million students take the SAT every year. They work and stress and worry more than they ever have, and are expected to have everything figured out and to never complain about anything.

The pressure from parents, teachers and friends overwhelms them.

Parents say they have to keep up a job while taking AP courses. Teachers give an hour of homework a day. Friends want to hang out and maintain their social life.

And while they are worried about all of that at once, the upcoming SAT feels like it’s clawing its way slowly behind them, making them feel more trapped as each moment passes.

There really is no room for mistakes.

Many colleges have made it clear that this is a one time only situation. That they will not continue to let SATs become an option again. But maybe they need to realize that this test does more to make their potential students become more unhinged than it does “expand their knowledge and brain power.”

Kids need a break. They need to know that one thing doesn’t dictate the rest of their lives, and it absolutely doesn’t determine how smart they are. Hopefully colleges will be able to see it too.