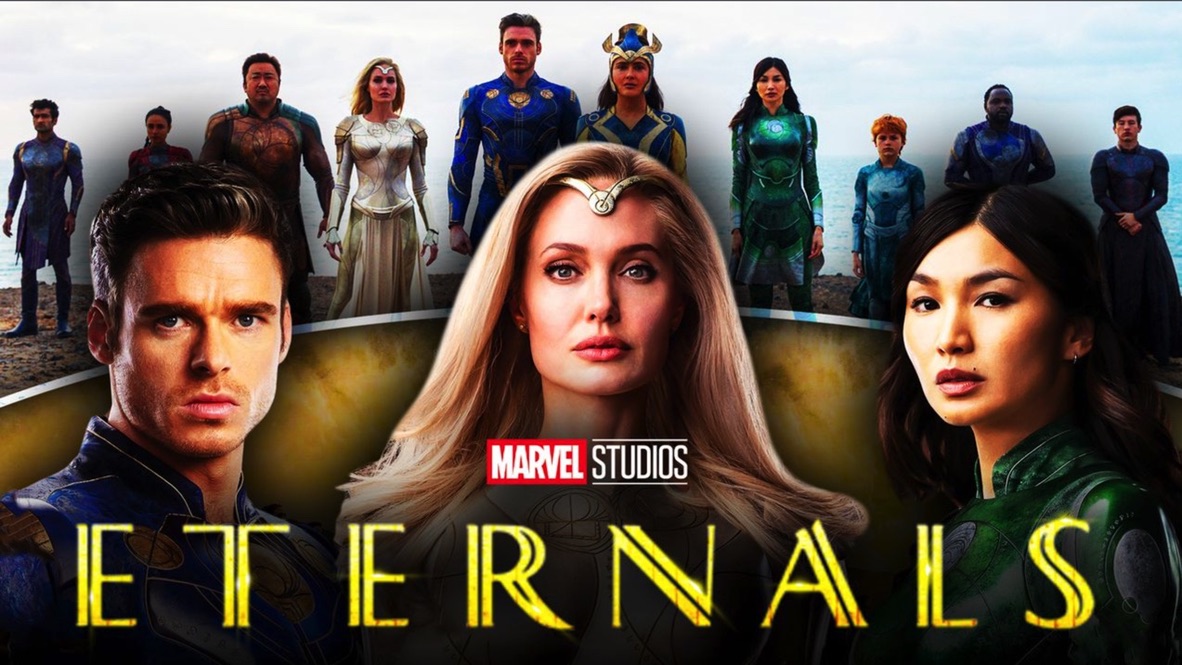 ‘Eternals’ was a confusingly mediocre movie

Mediocre. Ambivalent. Confusion. Controversial. Inclusive. All words that describe this movie perfectly. Although some parts were beautiful and well executed, overall the movie was good but it wasn’t amazing. I had been anticipating Eternals, and my excitement going in was high, but it wasn’t really met with equivalent execution. Although the movie itself didn’t meet my expectations, I did love the diverse and inclusive cast in the movie. The movie features new characters into the MCU who had been living on Earth for 7,000 years in order to defend the Earth from Deviants. Despite them having the powers to prevent many of the most infamous world catastrophes, they stood by and watched as they waited for their own specific mission to take action.

At first, after watching the movie, I couldn’t figure out if I actually loved it or not. It’s definitely not the worst movie I’ve ever watched, but my judgement may be clouded by the beautifully selected cast and the brief appearance made by Harry Styles. The directors definitely made a great marketing move by casting Harry Styles in the movie, because it appealed to a whole new demographic and enticed many of his fans, who may or may not be Marvel fans, to watch the movie. They must have been greatly disappointed because of his minimal screen time.

With the lowest grade out of any MCU movie, and a 48% score on Rotten Tomatoes, many fans were let down by the execution of the movie. The movie was two hours and 37 minutes long, and I had mixed emotions throughout the entire thing. In all honesty there were many parts of the movie where all that was on my mind was, “When is this movie going to be over?”. But on the other hand, some parts did leave you on the edge of your seat. The beginning of the movie was a little slow, but after things picked up a little it started to get better. Nevertheless, there were still many parts throughout the movie, especially the end, where I was just flat out very confused. If you google “Eternals”, I am positive the first thing that will pop up is how badly rated it was, and the multitude of people who are hating on it. However, there are many people who love it for its strong representation, and the movie’s CGI.

Despite my feelings about this movie, I do appreciate their diversity in their casting. Not only does the cast reflect much diversity, but also much inclusivity in the movie industry. The movie features Makkari, played by Lauren Ridloff, who represents the MCU’s first deaf superhero. Because of this, the movie illustrates her signing ASL, along with other cast members who were taught it for the movie. The movie also features Phastos and his husband, played by Bryan Tyree Henry and Haaz Sleiman, who represent the first same sex couple featured in a Marvel movie. Because of this, Eternals has caused an emergence of LGBTQ  controversy in the fandom. Marvel has hinted around the idea of a LGBTQ+ couple in the MCU before, but this is the first time it has been stated directly. Phastos’ family, his husband and his son, who are shown as his main priority, help represent a strong representation for the LGBTQ community. Despite this big step in Marvel movies and other franchises, it has led to the banning of Eternals in other Middle Eastern countries because of its depiction of Phastos and his husband. Some of these countries like Qatar, Saudi Arabia, and Kuwait, have banned it and quietly taken it out of theatres, without making any public declarations. Local censors in these countries had originally requested to take out those specific scenes from the movie so it could be shown, but Disney declined their request, so it was banned all in all. All of these countries that have banned Eternals do not allow same sex marriages, and criminalise citizens for same sex intimacy. As many countries globally have yet to overcome homophobic ideals, this may prevent Eternals from getting the ratings, views, and appreciation that it deserves. I think that it is no coincidence that the first Marvel movie to have LGBTQ representation, also happens to have the worst ratings out of any other MCU movie. In all honesty there have been way worse Marvel movies than this one, but many homophobic people are taking their own ideals out on this movie.

I think this movie is a big step forward in the movie industry, and allows many different people in Marvel’s audience to feel included and represented. The movie might not be worth the $13 I spent on it at the movie theatre, but if it were any cheaper on other streaming platforms I would definitely recommend it. I think it is definitely worth your time if you are a Marvel fan, and helps you see a look into a new storyline and characters that have never been introduced before.