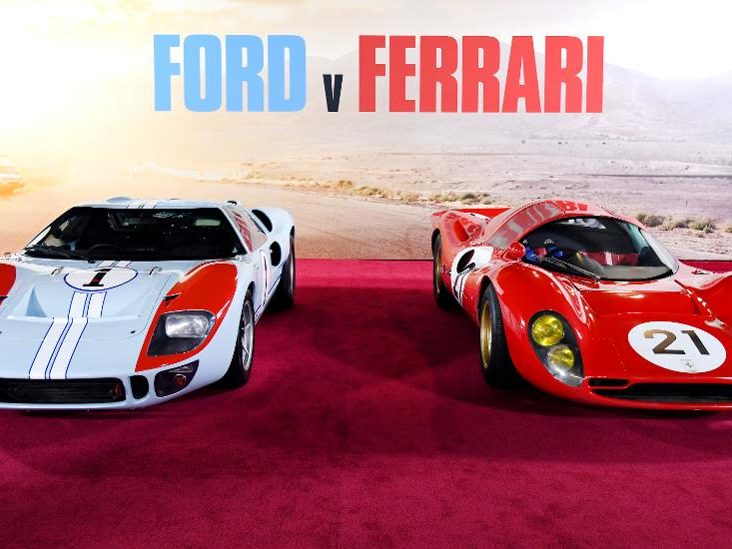 “Ford v Ferrari”: A Film Worthy of any Finish Line

You could say I live and breath the word petrolhead. I was raised in the heart of Italy, where automotive racing runs and unifies our people’s blood. From Modena to Monza, we take deep pride of our racing history. Understandably, you would assume I would be biased to the notion of an automotive cinematic movie, but in many respects I came at this as one of its harshest critics. I have known the Ford and Ferrari wars for years, and I had my doubts Ford v Ferrari could truly live up to its name.

How could one movie tell the story of giants, and additionally be able to tell the stories of people who made the largest underdog story a reality? And as the spotlights danced and illuminated the 20th Century Fox logo in the theatre, I sat there thinking that very thought, hoping that maybe, just maybe, I would come out slightly happier than I had hoped.

And then time seemed to have stopped. And the clock hands went back in time.

Cinematically, you are immediately invited to witness the inherently consuming nature the cars demanded. And as you watch them hurl over 200 miles per hour in the dead of night, the darting of the camera down the Mulsanne Straight make you feel almost as if you are a competing driver, neck and neck in the emotions and intensity of the stakes at play. I watched in amazement as the icons of the ‘60s I grew up seeing in the form of lifeless props in museums were resuscitated to their true form, racing at speeds only second to the things of dreams. As the howls of roaring engines pan the theatre, it becomes apparent that this is going to be a totally different movie entirely.

And boy was it.

Ford vs. Ferrari is the audacious attempt to bring to life the explosive, vibrant romanticism the ‘60s brought to the automotive racing world. What surprised me time and time again throughout the whole film was the meticulous, almost obsessive, details to the film’s visual authenticity. Today, car movies can be described into three short characteristics: unreasonable amounts of CGI, a rather nonexistent script and a whole lot of junk. And while I am a fan of all three, I was very thankful Ford vs. Ferrari did not have any of the three points previously listed. From perfectly crafted replicas to a cast that included the sons of the original drivers, you could feel the importance this movie had.

Directed by the man who is attributed to the movie Logan, James Mangold’s Ford vs. Ferrari tells the story of Ford Motor Companies’ audacious attempt to build a racecar to compete at the world’s most unforgivable track, against the most undefeated of competitors.
After a deal to buy Ferrari takes an unexpected turn, Henry Ford II (played by Tracy Letts) recruits Caroll Shelby (played by Matt Damon) in hopes of beating Enzo Ferrari at his own game. With the help of Ken Miles (played by Christian Bale), Shelby and Miles attempt to build one of the most technologically sophisticated cars the world had ever seen, to compete at Le Mans: a 24-hour non-stop race few cars ever finished. Highlighting the key figures easily forgotten, the movie immortalizes the sacrifice and harsh reality racing drivers experienced.

Of course, the movie had its faults. Some of the scenes never really happened in real life, which was very disappointing. There were minor details in the plot that were plain false, and left me questioning why they were even in the movie to begin with.

Regardless of its faults, I can gladly say I enjoyed the movie, and I think it sufficiently respects the people it represents. Ford v. Ferrari is a film that brings a tangible, relatable angle to the historic story of the friendship who risked everything for the sport they were destined in changing forever. Just as important, it tells the story of individuals who risked it all to come on top victorious.