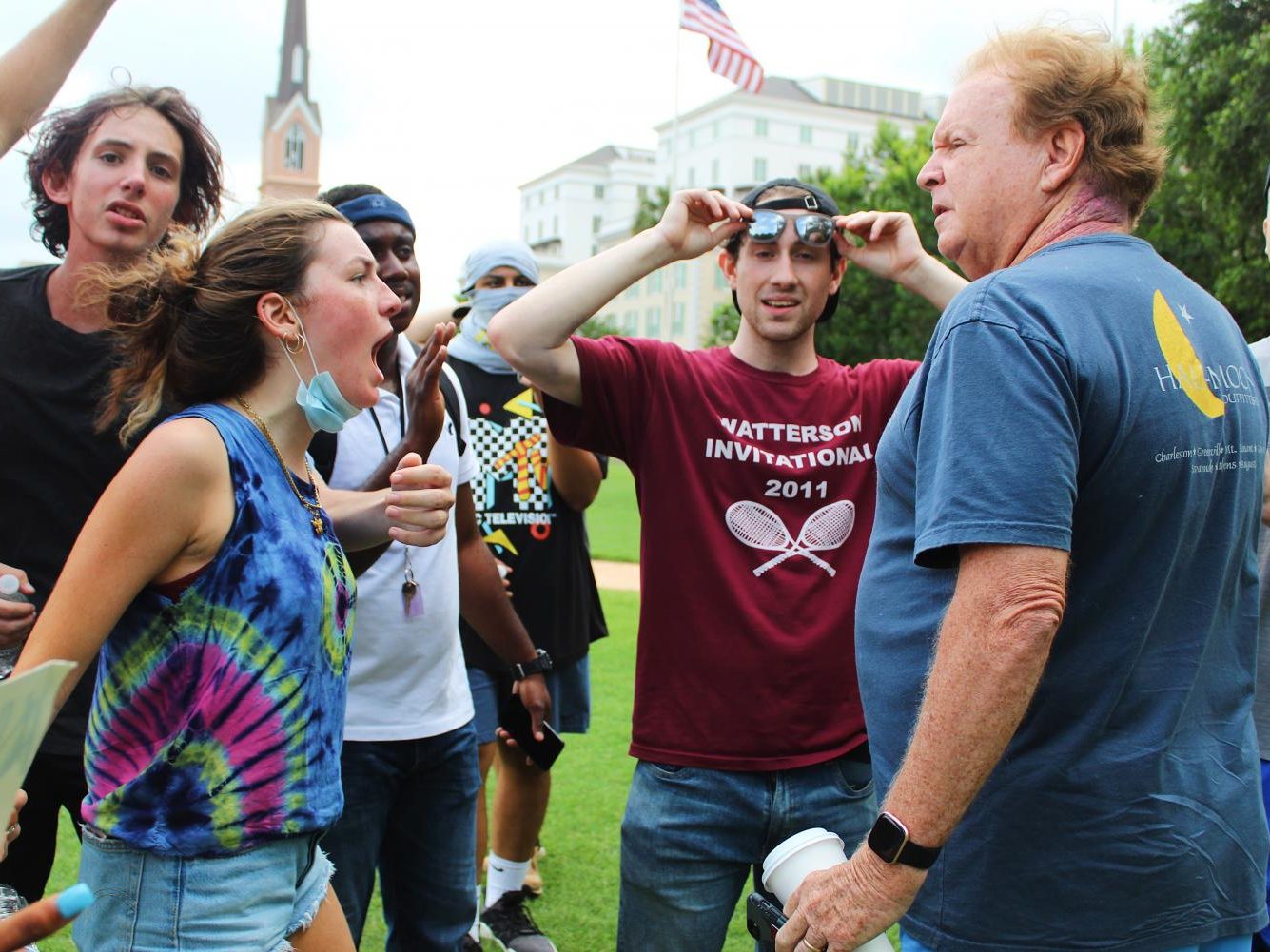 Woman yells at man who was starting fights with young protesters for “ruining his city.” (Audrey Kelly)

Woman yells at man who was starting fights with young protesters for “ruining his city.”

Gallery: Through the lens of editor Audrey Kelly

With other photographers, I arrived at the protest at 3 p.m. and jumped straight into the march towards Marion Square, the final location for the protesters. People were giving away water, snacks and hand sanitizer. The National Guard and police with gas masks blocked us in alley ways. After reaching Marion Square, we were confronted by a man in his 60s who yelled profanities at protesters  for “ruining his city.” Throughout the two hours I was there, I stayed with the protesters in Marion Square and was tear gassed when we were all kneeling with our arms up in surrender. We ran to escape rubber bullets. Despite that, I met lovely human beings that were just trying to make a stand for what is right. 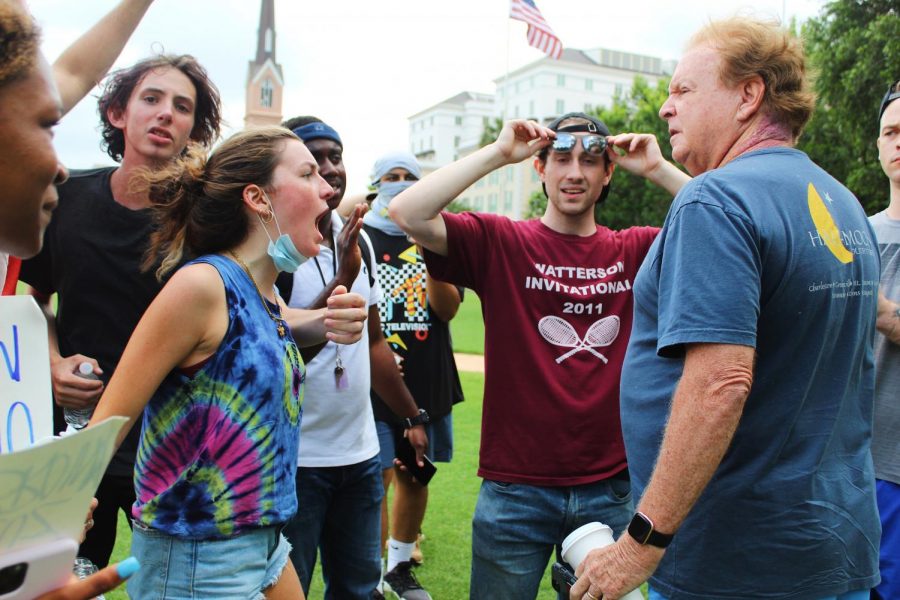 Gallery|18 Photos
Audrey Kelly
Woman yells at man who was starting fights with young protesters for “ruining his city.”
Leave a Comment