Senior defensive lineman Levi Sell (#56) gets ready for another play while Berkeley has the ball. (Hannah Flint)

Senior defensive lineman Levi Sell (#56) gets ready for another play while Berkeley has the ball.

Wando was defeated by Berkeley Friday, October 3rd. This game was dedicated to Bob Hayes, the late head varsity football coach, who passed away in May of 2020 due to cancer. 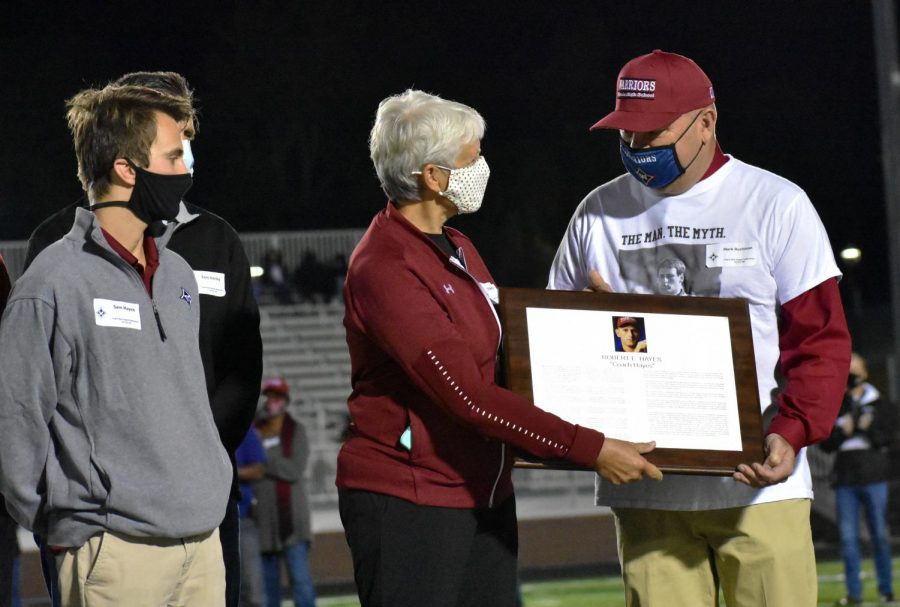 Gallery|11 Photos
Hannah Flint
During halftime, a tribute to former athletic director Bob Hayes was played on the main screen of the stadium. His wife and son are pictured accepting a plaque in his honor.
Leave a Comment