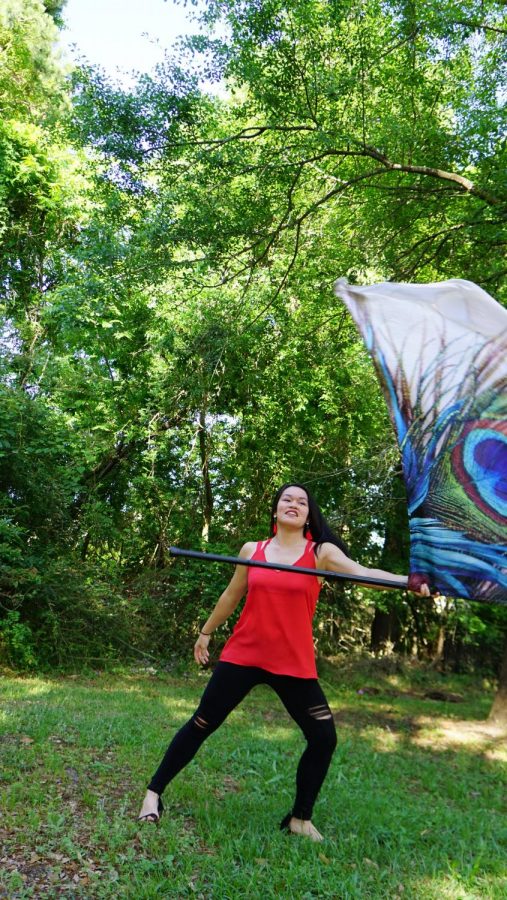 Some students are just all around good students — not even strictly with grades, but with what they contribute to a school. Senior Grace Jaroscak fits that description.

Jaroscak is involved: she’s in Color Guard, she is a member of the National Honors Society, AP Academy and Beta Club, she participated in Miss. Wando and she’s an outstanding student in the classroom.

For Jaroscak, being a captain on the Color Guard has defined her last two years of high school.

“I tried out for captain junior and senior year because I had really liked all of my previous captains and I thought that it would be good for college resumes but I also wanted to be a leader within the group,” Jaroscak said. “ I was able to learn how to be a good leader for them.”

She also decided to try other new things, including participating in the Miss. Wando pageant, a type of activity she had never tried before.

“I won Most Poised, and so that meant that I had the best pageant walk and question and answer part…,” she said. “I was surprised to win most poised, but I was very thankful for it.”

Next year, Jaroscak will be attending Clemson University and is planning to major in biological sciences and perhaps minor in psychology. Jaroscak is finding that graduating is bittersweet, but she’s ready to look onto the future and leave behind her legacy.