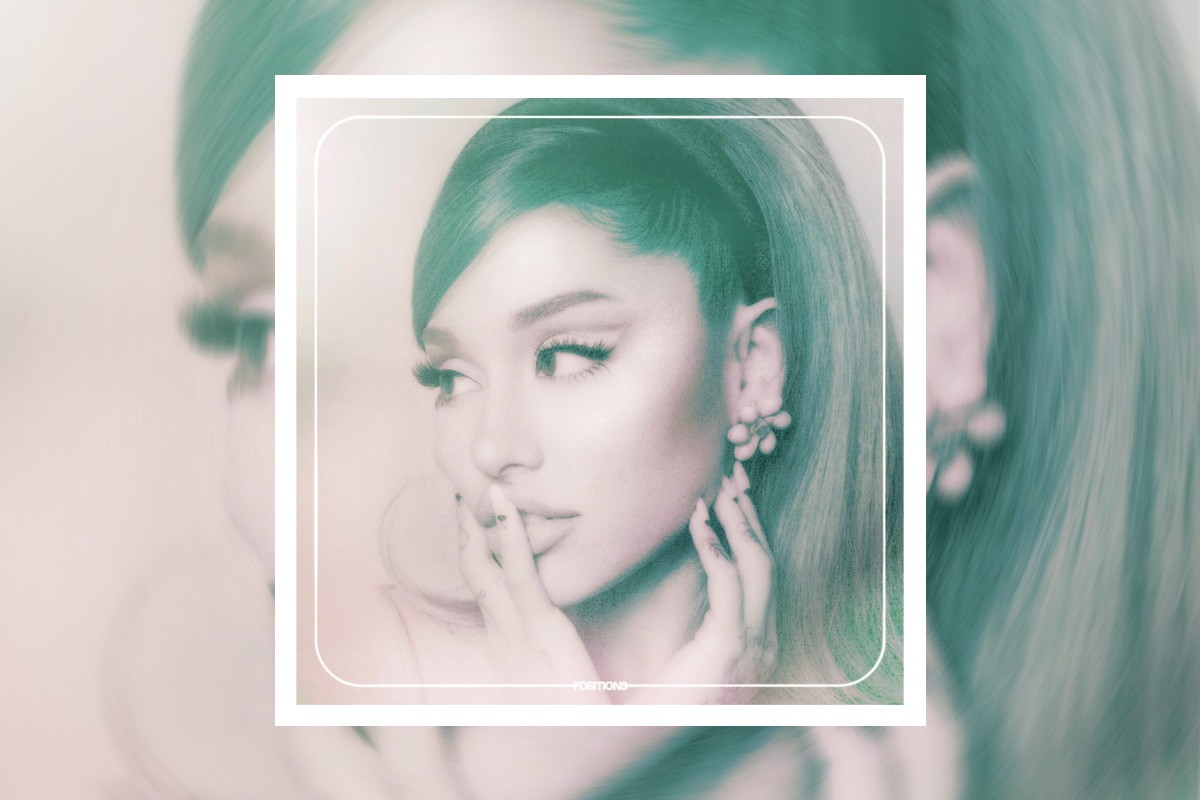 Grande switches up her sound in new album “positions”

No one saw this coming. Absolutely no one thought that Ariana Grande, a girl who has already released two albums in the past 24 months (sweetener and thank u, next) would gift us with yet another 14 songs to escape with in this never ending election season.

But she did. Grande picked up her phone one October night, tweeted that she was releasing a new album called positions within that same month, and let the freakout of her fans do the rest of the promoting for her.

As someone who went to two of Grande’s concerts in the same tour, I can confidently say that I am a huge fan of her. But before you say “this review is going to be biased,” I’ll tell you something — this album clearly shows Grande’s growth from what life has thrown her. The lyrical genius that is Grande took the time to craft her words into a  sensual masterpiece.

I find this album to be much more cohesive than her previous albums. Grande took thank u, next to cope with what she was going through after the release of sweetener, but this time around, you can tell that the artist has turned a new page. These songs remind me of some of her older music, with a slight throwback to her albums Christmas and Chill and Christmas Kisses.

With that in mind, here comes the juicy part of this review — the songs. I’ve disliked a few of her songs before, I’ll admit it, but I really needed this album to be good. And it was. I won’t bore you with going over every single song — even though they are all deserving of their own paragraphs — but that’s besides the point.

The best one in my opinion is between “pov” and “my hair.” Both are very different in their vibe, but equally addicting to listen to. “Pov” is a true love song, highlighted by Grande’s signature vocal harmonies in the background, and accentuated by the love-struck lyrics she put into it, making it a contender for the song I walk down the aisle to.

“My hair” on the other hand, stays true to what she claimed this album to be — pure R&B. While Grande is known for her broadway level high notes (more on that later), she utilizes a new sound into this song. Raspiness. It’s almost as if you can visualize her in her studio, no makeup on, oversized sweater, just smiling and moving to the beat.

My favorite, “nasty”, was designed for the girls and the gays. When I tell you it puts you in your feels, just listen to the first couple of seconds and you’ll believe me. I give this song a ten out of five and really don’t think it’ll ever get old. Even when I was listening to it for the first time without knowing the lyrics, I couldn’t help but vibe with it. So whatcha waiting for? Give “nasty” a chance.

Now a sadder note, if you know of Grande, you most likely know of her past. A little over two years ago, Mac Miller, her longtime boyfriend who she had recently broken up with and also a very famous musician passed away from a drug overdose.

Throughout multiple songs of “positions,” crickets can be heard in the background. Most notably, they appear when Grande sings “write some love letters to heaven.” in “just like magic”. And who has a song called “Crickets?” Mac Miller. You can cry now, it’s okay.

Now it’s time to dive in deeper to the lyrics that stand out the most. It’s obvious that Grande put a lot of thought into her lyrics, like in “safety net” when she alludes to her previous album with the lyric “Is it real this time or is it in my head?” In the same song she sings “you’re making me forget my past” which is about her current partner and their fast-moving relationship. She is enjoying her new outlook on life and healing.

As far as important lyrics go, the song “34+35” is a gem. In case you don’t get its meaning by the title, just listen to the song in its entirety. It’s definitely another one for the girls and the gays.

Hannah over here thinks “motive” is the best collaboration but let me get something straight — she’s wrong. Plain and simple. The best is the one with Ty Dolla $ign — “safety net.” It just flows so nicely and has a different sound than any other one on the album. And to my Ariana stans — it sounds just like a song off of her best album (in my correct opinion), Dangerous Woman.

Just listen to positions. It’s fun, sensual, smooth and just better than the pop songs you hear from today’s artists. Hannah and I have already sworn to go to the tour once she goes on one, but that’ll be another review.