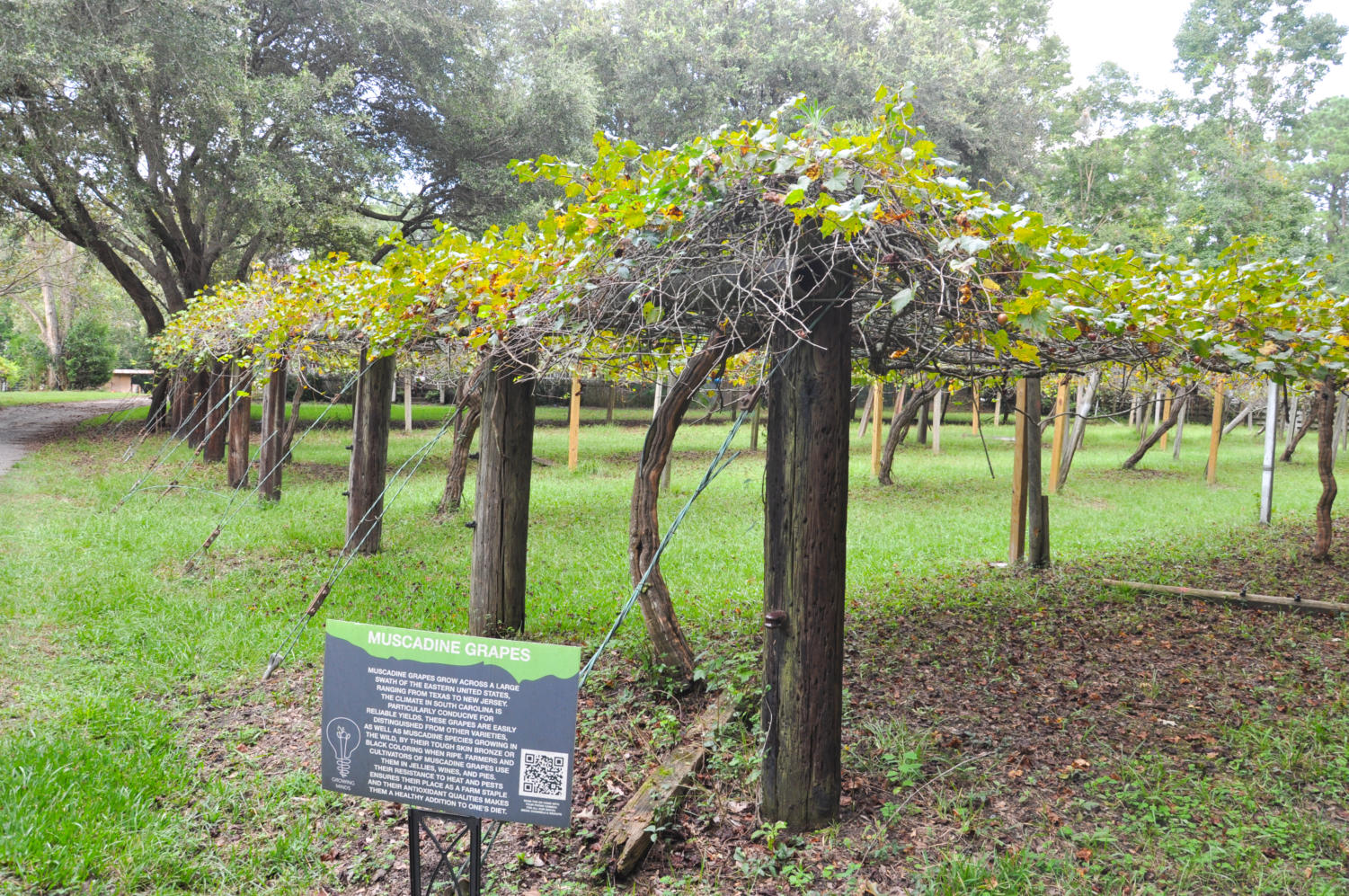 A legacy that continues to grow

The buzz of cicadas fills the air as a dozen or so cars roll up the gravel road to camp drop off. A day of excitement has just begun.

For retired Wando teacher, Kathrine “Katie” Donohoe, the day has long since started. After tending to three goats, two ducks, and 32 chickens, the real work begins.

Growing Minds Farms officially opened three years ago. For the first year, they ran camps for young children and hosted a class through the College of Charleston called sustainable agriculture.

The pandemic that followed their first year of operations forced the farm to change directions.

“It was during that time that I discovered the large homeschool community that we have here in Mount Pleasant. As you know CCSD wasn’t allowing field trips at all so really the only kids that could come take classes and do stuff at the farm during the pandemic were homeschool groups,” Donohoe said.

Since the pandemic has slowed, field trips have come back to the farm, while homeschool groups have continued to participate in four week-long programs at the farm.

“I do some work with veterans more in the evenings. They might have PTSD or other issues where it’s hard for them to hold down a regular job. This gives them the opportunity to learn a skill that they can turn into their own business,” Donohoe said.

In addition to their other programs, Growing Minds Farms has recently launched a group for teens with autism to help create a safe space, where they can go to make friends and take part in outdoor centered activities.

“My focus…is working with veterans who maybe have physical or mental disabilities as a result of the time that they served and special needs adults and kids,” Donohoe said.

Donohoe’s love for horticulture started when she was in the seventh grade. Her family moved to a house with a greenhouse in the backyard. She rode her bike to the dimestore across town to buy some seeds. While Donohoe did not know it then, those seeds would become the start to her life’s work.

She went on to graduate from Clemson University, with a degree in horticulture, and then started her own landscaping business.

After having children she realized that her passions laid beyond business, and started looking for a teaching position. Coincidentally at the time, Lucy Beckamn was looking to start a horticulture program at Wando.

“From the moment I stepped into trailer 11 in 2009 it was like…this is what you’re supposed to do with your life. It was like ohh I get it now. Plants are my passion but teaching is my purpose. And then when you’re able to bring your passion and your purpose together it’s like the “ding ding ding” this is what you’re supposed to do,” Donohoe said.

With no teaching experience, Donohoe immediately started teaching that year, while she completed the PACE program which helped her learn how to manage her classroom. Kim Wilson was an assistant principal at Wando during Donohoe’s first years teaching.

“It just feels so full circle to know that Kim is back at Wando… that was so fun for me when Kim kissed the goat because I feel like Kim walked me through my first year teaching at Wando…even though I no longer teach there, Wando surely still feels like home to me,” Donohoe said.

Donohoe had a very successful first year, earning Rookie Teacher of the Year for Wando and for Charleston County School District. Later she was a part of the small handful of teachers selected to help design the East Cooper Center for Advanced Studies.

Growing Minds Farms is certainly home to a special teacher, but it is also home to a very special goat.

While Billy the goat is not an official therapy goat, he is especially calm due to some developmental issues that caused him to not develop a sense of fear or aggression.

Billy hosts birthday parties for children with disabilities, and travels to various elementary schools around Mount Pleasant to read with struggling learners.

But Billy’s real claim to fame is kissing Wando High’s principal at the first football game against Lucy Beckham.

“I was assuming that this meant that I was going to bring the goat up to the school on Monday at some point whichever school lost, and the next thing I know I literally see on facebook that the losers gonna kiss the goat on the 50 yard line at the football game. I’m like, oh my gosh Billy’s never gone anywhere at night before or anywhere bright or loud,” Donohoe said.

Despite apprehension, Billy was completely calm at the football game, helping boost school spirit and create a memorable experience for over 5,000 people.

“Billy definitely is special, he has a heart for kids, he loves kids,” Donohoe said.

Donohoe’s daughter, Lucy Donohoe is a freshman here at Wando who saw Billy kiss the goat during her first football game with the band.

Lucy has had a positive experience living on the farm. She loves her animals, especially her pet ducks, named Quackers and Cheese.

“[Living with Billy] is like living with a celebrity,” Lucy Donohoe said.

Katie Donohoe’s legacy at Wando continues to grow. A student from one of the last classes she taught at Wando, Paul Millar, recently started his first year teaching at his alma mater.

His first experience with agriculture was in his freshman year at Wando during the intro to horticulture class. Millar graduated from Wando in 2017, and went to Clemson University to study horticulture. After graduation he felt drawn back to the place where it all started.

“Since this class and Katie are what got me into horticulture in the first place. When I saw the opportunity to come back and to teach kids I thought maybe I can do the same thing that she did for me,” Millar said.

Millar’s classes have already started planting produce in the greenhouse and in the gardens. They also have a house plant sale coming up.

Millar has his teacher and mentor to thank for the inspiration behind his successful first year of teaching.

“I can’t speak highly enough of Ms. Donohoe, ” Millar said. “[She is] such a great person, such a great teacher. I’m positive that I’m not the only one that she inspired to have a career in horticulture, I can’t thank her enough.”