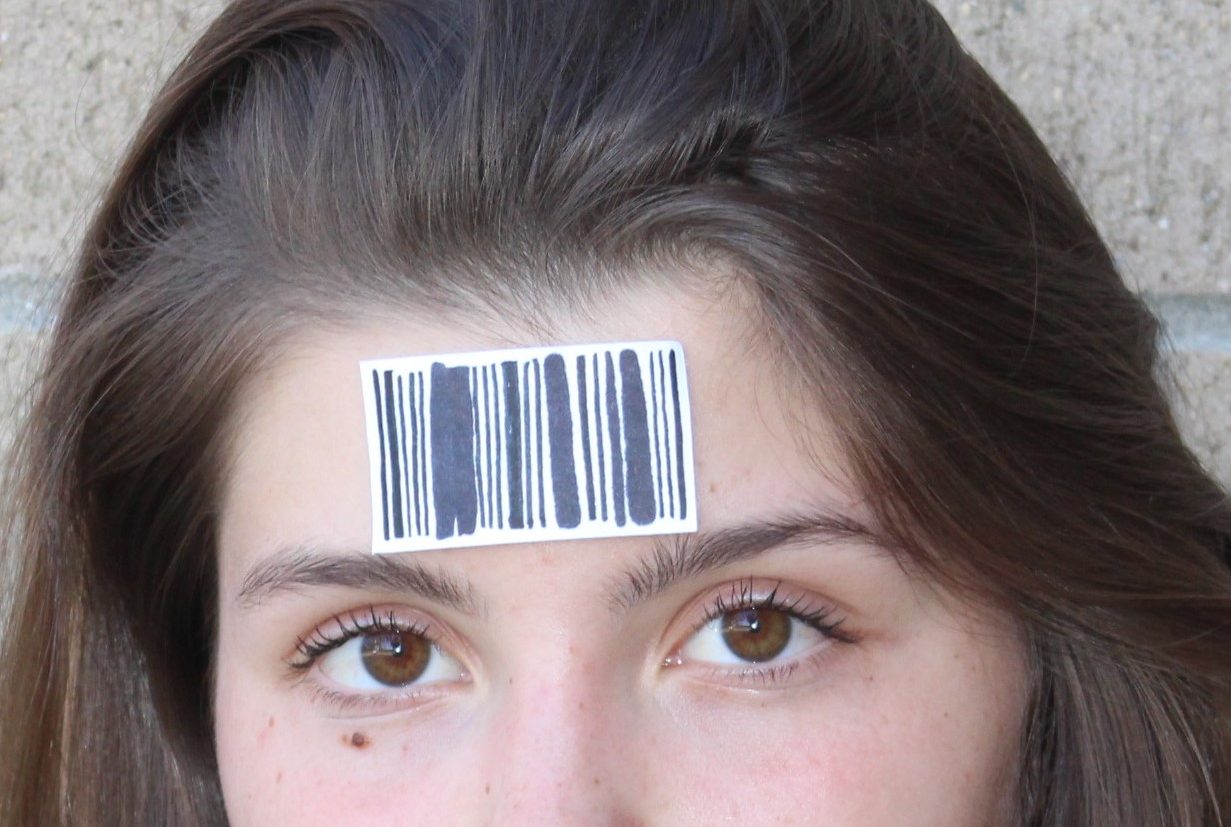 “You are so beautiful.”

“I would never treat you badly.”

“We would be so good together.”

Human trafficking is relationship bound by an exchange of services that takes advantage of the victim. Modern slavery. And it is not just abroad. It happens here. In Charleston. In Mount Pleasant.

Driving down Highway 17, passing hotels near the bridge, through familiar suburbanneighborhoods, pulling into the driveway of your home. Oblivious to some of the most dangerous happenings in the city.

Walking down hallways at school, faces of peers flash by, a sense of normalcy sets in, where it seems the biggest problem right now is finals week.

The underlying narrative of human trafficking in the Mount Pleasant area is affecting minors in the area, at school. Charleston is plagued by human trafficking. What is important to understand is that there are two types of trafficking—labor and sex.

They are either threatened and manipulated to not self-identify as victims… and they feel like there is no way out. ”

“The most diabolical, I think right now, is human sex trafficking, which is happening here in Mount Pleasant, happening now,” said Jodie Snyder, youth liaison for the Tri-County Human Trafficking Task Force, a task force of stakeholders initiated by the South Carolina Attorney General Alan Wilson’s office. “You are in a school of 4,000 or more students, it is very likely that at least one or more students are affected by it.”

The victims of sex trafficking are mostly young girls, the national average age being 15 years old, said Brooke Burris, the chair of the Tri-County Human Trafficking Task Force. But the way that girls are “groomed” for coerced prostitution creates a complex issue and difficulty for authority figures to get them out of their situations.

“I think the biggest battle is that there are more people that don’t know than do… helping people recognize [human trafficking] and treat it for what it is, rather than somebody who got caught up in the wrong crowd or is just bad,” Snyder said. “A lot of times the people that are doing it don’t know it is happening to them.”

After the texts and budding of a relationship online, the girl or victim is groomed.

The trafficker spends money to revamp the girls’ looks and groom them for prostitution. Rapid changes in appearance can be signs or “red flags” to mandated reporters or peers that this girl is being trafficked or taken advantage of, Burris said.

Once the “grooming” period is finished, a relationship is formed.

“Usually, it begins with a romantic relationship. So [the victim] thinks that [the trafficker] is in love with her, and she’s really special,” Burris said. “They take time to build trust. It is a business decision. It makes sense. You can earn over $200,000—some studies say up to $500,000 —off of a victim in a year, so it makes sense for them to be patient and really gain the trust… to begin exploiting someone.”

The victim is under the impression that there is a romantic or familiar relationship with their trafficker, making them more susceptible to trafficking.

“They’ll just keep that constant stream of contact, and it just kind of just draws someone in, especially someone who has low self-esteem or might be having issues at home, where they might need that validation,” Snyder said. “More often than not, it is social media.”

Once the victims are in the “stable,” a term used to describe the girls associated with a trafficker or “pimp,” they are sold online to buyers in the area through scandalous pictures and prices listing them, like online shopping.

“[The trafficker] takes [the girls] and says ‘listen, I just need you to do this for me,’” Snyder said. “And it is not that the girl goes willingly, but what else can she do? She is in a room alone with a man or men, and she gets forced into doing [prostitution].”

These minors—these children—are trapped in this lifestyle where trafficking, drug exchange and statutory rape are normalized, Snyder said. To the victims, this is survival. Once they get involved, which is not completely voluntary, they are embroiled in dangerous situations with drugs, dirty money and sometimes gang violence, Burris and Snyder both said, to be able to survive the system once they are chronically take advantage of.

Runaways and homeless youth are some of the most vulnerable to becoming trafficked. It is estimated that one-sixth of minor runaways are being trafficked—either by foster families or other traffickers—which puts victims in this situation for survival, Burris said.

The promises of security, money, protection or perhaps drugs entrap the victim into a cycle of dependence to their trafficker. They are put in a situation that yields no exit because, to some victims, there is no other life.

“They are either threatened and manipulated to not self-identify as being victims or they are ashamed and really think it is their fault because they started dating this guy,” Burris said. “And they feel like there is no way out.”

But homeless youth are not the only targets.

Victims are not always kidnapped or homeless.

They can be picked up from school, dropped off at a strange house or hotel, taken advantage of by a much older man and their trafficker, to then return home and eat dinner with their families, Snyder said.

“Which a lot of times this is the case: these are high school students that live at home, but they have two cell phones,” Snyder said.

A woman that had escaped from the life of trafficking was in the car with Burris one day last year.

They pulled into a local neighborhood off Long Point Road when the girl said, “‘I’ve been there. I’ve been down that road.’”

“It was crazy. That is where trafficking is truly all around us,” Burris said. “Her trafficker threatened to kill her and the other girls that he quote ‘had.’ She had been arrested three times for prostitution.”

She was able to escape her situation and testify against the perpetrator. But that is rare, Burris said.

The sex trafficking in the Charleston area is becoming normalized by victims and left unknown by the general public, Snyder said. The Lowcountry and South Carolina Task Force against Human Trafficking is trying to address the current problem of human trafficking in the state and tackle it in the long run.

With this problem so present in the area, the South Carolina Attorney General’s office organized a statewide task force to combat human trafficking.

Burris is a co-chair on the task force, and Snyder is the youth liaison. Snyder facilitates the education of youth about human trafficking. Earlier this Spring, AP Academy brought both Burris and Snyder in for a guest lecture, educating students in the club about the standing of sex and labor trafficking in the area.

After the lecture, Snyder became more involved in the youth education side of preventing trafficking by initiating the anti-human trafficking club for Wando students to meet, learn about and discuss local human trafficking.

One important part of education is understanding the signs.

Red flags of the grooming process include consistently skipping school, signs of abuse, having two phones, pulling away from friends, getting lower grades and school, being found in hotels or having multiple hotel keys and having an older boyfriend are all vital signs of someone being trafficked, Burris and Snyder said.

“We as a community or as mandated reporters… they need to be able to identify it… Under state law, the court or department of social services…, they only have to be like 51% sure that someone is more likely a victim or not to make a definitive affirmation,” Burris said. “That is a huge deal to me.”

Another part of education is purely knowing that this phenomenon is occurring.

“[Trafficking] is more behavioral to recognize it,” Snyder said. “And I think that once people know what to look for, they are not going to be able to unsee it.”

Education, however essential it is to eradicating trafficking, is just one tactic the task force is using to solve this problem.

One of the most difficult hurdles in dealing with this problem is how the authorities identify and address victims of sex trafficking—prostitutes, drug addicts or victims of conspiracy of human trafficking.

State police authorities, state law officials and other stakeholders in the task force deal with the prosecution and official handlings of sex trafficking differently. Another purpose of the task force is to combine these ideas and create a solution most suitable for all 11 subcommittees of the task force.

The task force—created from the 2012 Human Trafficking Act—has to compile data annually for the national hotline, local trafficking hotline and other official data resources to converge in a meeting all the member organizations to come up with a state plan each year, Wilson said.

Under federal and state law, any minor that is engaged in commercial sex is considered a sex trafficking victim rather than a prostitute, according to chair of the South Carolina Human Trafficking Task Force, Kathryn Moorehead.

“It gets a little confusing for people because theage of consent is 16, but if someone under the age of 18 engaged in commercial sex, it is always sex trafficking,” Moorehead said. “So law enforcement can’t arrest children for prostitution because under our laws, there is no such thing as a child prostitute.”

The state has ongoing training for law enforcement—in regards to victims over 18—to have police sit the girls down, ask more questions and involve more victim advocates in the investigations rather than just arresting them for solicitation, Moorehead said.

The task force is also training prosecutors in the state to help better suit the cases of victims of sex trafficking and members of the healthcare field to protect girls if they are taken to the hospital in the midst of trafficking, Wilson and Moorehead said.

“The training part is really important to note because that is one of the biggest changes from the past few years,” said Robert Kittle, communications director at Wilson’s office. “That is one of the things that [the task force] is working on changing is educating law enforcement so they know they need to go farther, ask more questions and handle it differently.”

Burris and Snyder in the Lowcountry branch of the task force started and pushed the initiative of a recent solicitation bill and petition.Through the antihuman trafficking club here at Wando and word of mouth, the members of the club and Burris and Snyder were able to acquire enough signatures to push the bill the South Carolina statehouse.

Students at Wando embraced this petition.

The bill would alter the penalty for buying commercial sex from the current fine of $200 to $500, which the current fine in South Carolina is one of the lowest in the nation, Snyder said. Senior Macy Lasater signed the petition and promoted other students to sign it as well to show that people really supported the bill and that human trafficking needed to be addressed at the legislative level.

“I wanted to actually take a stance and put the word out there myself that [sex trafficking] is a problem that needs to be addressed, whether that is by talking about it or by signing the petition,” Lasater said. “Though we don’t believe that consequence is enough, it is a step in the right direction.”