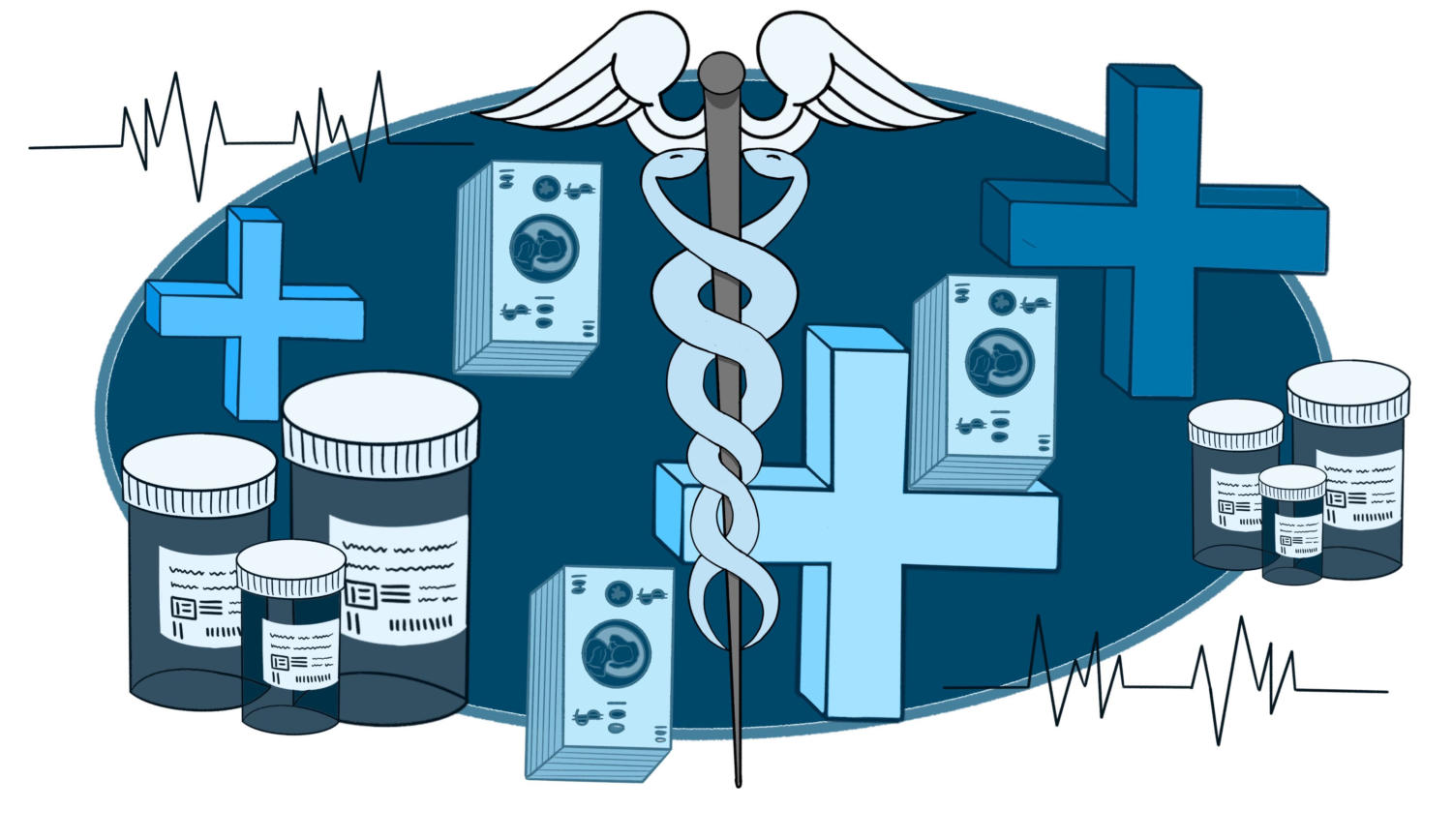 What seems to be a quick visit to the hospital turns into more. Medical bills start piling up, one on top of the other. Anxiety and stress levels reach new heights trying to figure out what insurance will cover. What they won’t cover. What comes straight out of pocket and what the final amount will be.

Healthcare and insurance in America is complicated. Too complicated. And all these new bills and acts just makes everything worse. Should healthcare be more privately owned? Or should it be more government controlled? This constant debate feels never ending.

According to the Heritage Foundation, about 43.3 percent of legal residents are enrolled in some type of government funded healthcare, whether that be Medicare or Medicaid, while the other 55 percent is private household or business spent.

However, the private-sector share is expected to shrink, and government share is on the upswing of growth. President Joe Biden’s new administrative reforms aim to bring down the cost of healthcare and force more into government-run coverage. Sounds great, right?

Maybe. But total and complete government takeover of healthcare just gives the government too much control over everything. Yes, costs could be cut down, (which would be great considering how expensive healthcare already is), but people lose high quality care and the resources to technologically advanced medical technologies.

Not only does this take away from people, but it creates less flexibility for states. Consumers already have anxiety about the idea that their loved one may not receive the care they need and the government’s rules are the cause of this. The government’s rules, inflation, and regulations have distorted the market, and created personal restrictions.

Recent bills proposed would put a complete end to  private and employer-sponsored healthcare, and turn to a new national healthcare program. This would restrict patients from receiving help outside of their physicians. While in theory, this would create a “fair game”, it really restricts people, and causes delays along with the denial of care. Long waits just to receive medical care would increase, leaving Americans more frustrated than before.

On top of that, creating a new healthcare program isn’t cheap. The money for it has to come from somewhere, and that somewhere is the people. Taxes would increase tremendously, and even create more public debt.

Along with that, it leaves political leaders with too much control. Control over people’s medical decisions, that may work for some, but not others. Even life or death decisions for thousands of people they will never know, just because certain treatments are unavailable.

Trying to make things “fair” for people is turning into the opposite. Healthcare is a mess. A mess that needs to be fixed, and soon.