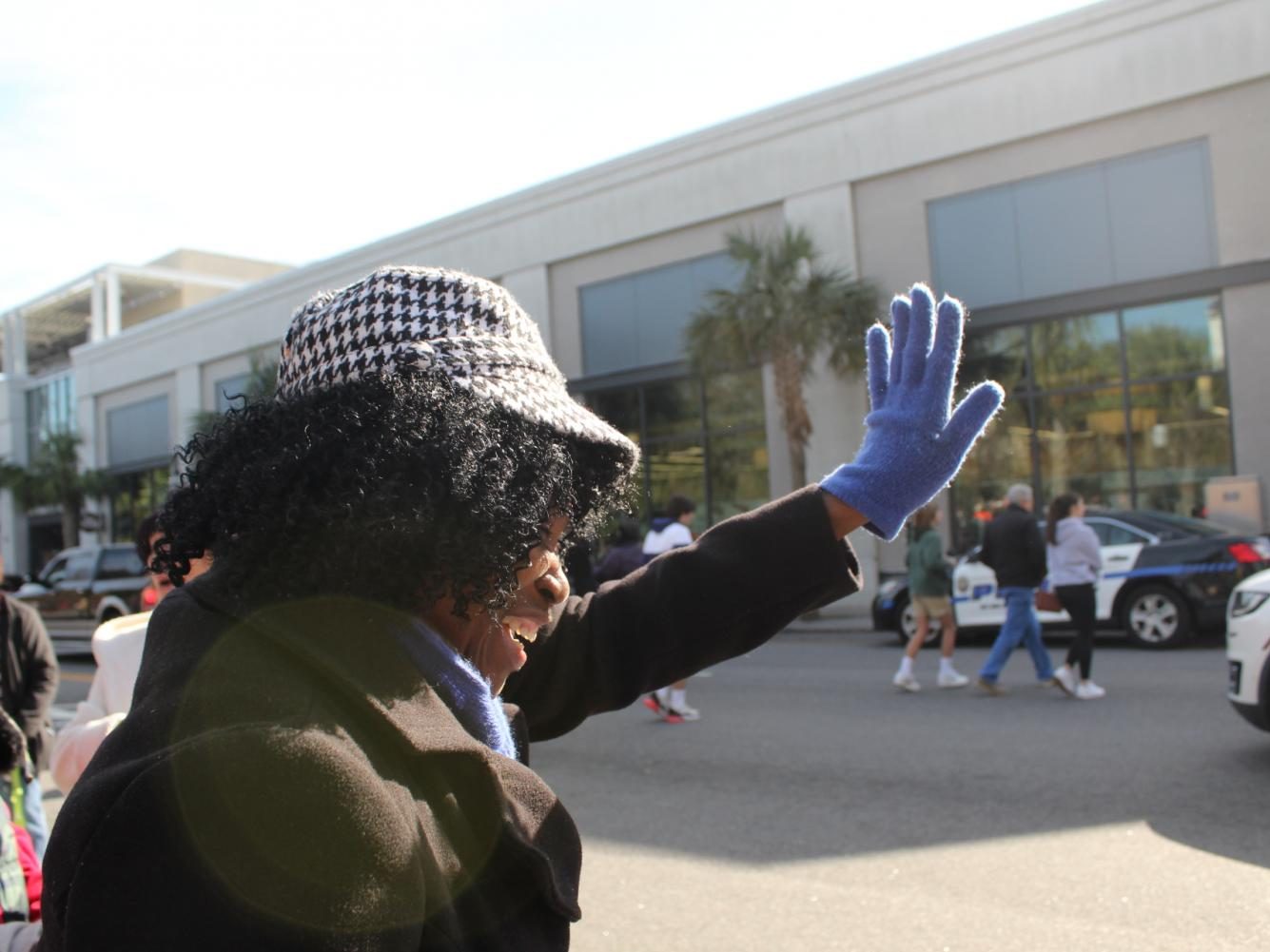 Ronnie Lanen waves as floats pass by at the Charleston Martin Luther King Day Parade. “I’ve lived in Charleston all my life, 58 years. We just got to try to stick together, you know what I’m saying? Martin Luther King fought for all of this, so we need to stop the crimes going on within the community.” (Peyton Raybon)

Ronnie Lanen waves as floats pass by at the Charleston Martin Luther King Day Parade. “I’ve lived in Charleston all my life, 58 years. We just got to try to stick together, you know what I’m saying? Martin Luther King fought for all of this, so we need to stop the crimes going on within the community.”

It comes once a year. It’s just a holiday. For some people, all it really means in this modern world is just a day off of work or school and then it’s back to the daily races. But to other people it means more. It’s something worth celebrating for someone worth remembering: Martin Luther King Day.

Sure, it doesn’t seem like that big of a deal to some of us. But some of us are wrong. To a lot of people, this holiday means more than it’s historical implications. It has relevance today, and it has had relevance for a long time.

The folks over at the YWCA of Greater Charleston know that. They’ve known that for 48 years, ever since the executive director of the Greater Charleston YWCA Christine Jackson decided that the holiday needed to be recognized by the organization.
For 48 years, the nonprofit has put on celebrations for the holiday to help raise awareness of its meaning in the real world.

“I think it’s important to remember what Dr. King fought for and was literally killed for,” LaVanda Brown, the current executive director, said about the celebration. “I think that when a man lays down his voice for a cause, it should not be forgotten. So it’s not only important to remember how important the cause was then, but to recognize that the work is not done.”

In a turbulent and often violent world, it’s important to remember the figures that built the modern society and to make sure we don’t forget about them. That’s essentially the cause of the Martin Luther King Day celebration. It’s a way to remind people that things can always get better. And it’s working, too. Every year it gets bigger and better than the last. And every year more people attend and more is planned.

“One of the things that we do every year is that we pick a theme, and this year’s theme is ‘the power is in you.’ What we typically try to do is focus on the theme, and the theme is typically something that reminds us that after we celebrate, that there is a role that each of us can play in making strides for equality for all, and eliminating discrimination,” Brown said. “We’re celebrating the life of a man that was great, but we’re really paying tribute to the groundwork that he laid and we’re trying to make a commitment to being a part of the solution.”

In other words, however fun and interesting the event might be, at the end of the day it stands for an important cause. Steps need to be taken to ensure that the world we live in is a little better than it used to be because we were here. Things won’t magically fix themselves and people won’t magically change unless they’re given a reason too. A reminder.

Since the event was kick-started all those years ago, more people have been finding the time to participate. The bigger, the better. It’s a nearly 10-day event with 12 separate events, including worship services, a poetry slam and, of course, the parade.

“[Selling out] has been happening for the past two or three years,” Brown said.

More than a few people are interested in this. And it’s still growing. The YWCA works with the city of Charleston, a whole slew of different Churches and even cosponsors the MLK breakfast with the library on Calhoun street.

“Really the entire community is in every event,” Brown said. 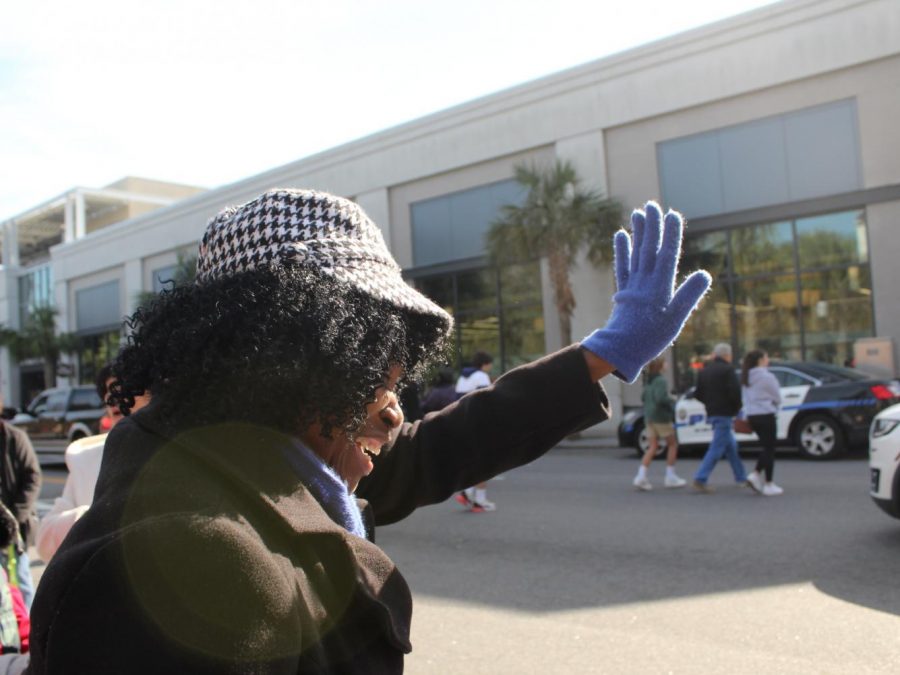 Gallery|9 Photos
Peyton Raybon
Ronnie Lanen waves as floats pass by at the Charleston Martin Luther King Day Parade. "I've lived in Charleston all my life, 58 years. We just got to try to stick together, you know what I'm saying? Martin Luther King fought for all of this, so we need to stop the crimes going on within the community."
Leave a Comment