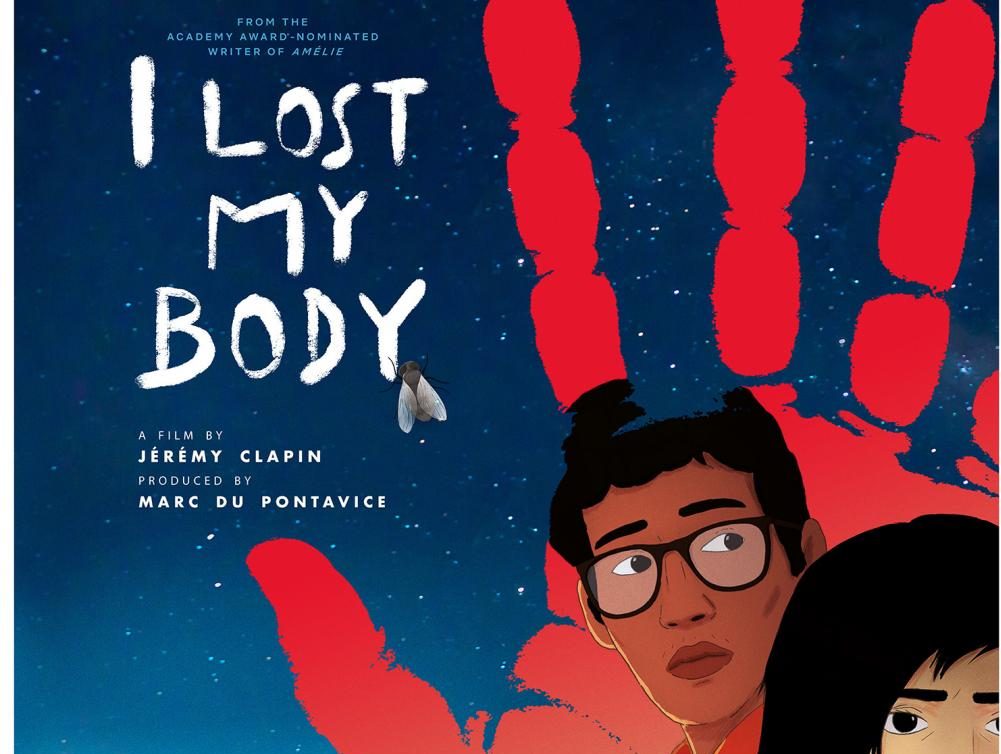 “I Lost my Body” is strange and disappointing

I Lost My Body takes the first place prize for the strangest movie I’ve ever seen.

After escaping a dissection center, a “right” hand embarks on a journey to find its body. The hand belongs to a boy named Naoufel, who is trying to deal with life after losing family. The film switches back and forth from past to present, until the hand and Naoufel finally meet up. As the hand travels, it flashbacks to “memories” it had while still attached to Naofel and his daily struggles.

This new French animation is based off the graphic novel Happy Hand by Guillaume Laurant. Jérémy Clapin directed this 2019 film which was released Nov. 15 on Netflix.

This Netflix original switches back and forth from being a romance to being an adventure film. When the film has the main focus of the hand, it follows more of an adventure. The audience watches as the hand fights off enemies and makes its journey. Apart from the hand, the audience also sees as Naoufel navigated through his life as he falls in love with a girl and tries to win her attention.

Despite its interesting angle, the film seems unorganized and busy. The story is told with two plots, one of the hand and one of the boy, but they didn’t mix well. The story about Naoufel would have been much better without the additional story of the hand. The film gives an anticipation to the audience that something in the end would happen to the hand and boy, but nothing occurs.

The hand was also shown as a body itself, but its “features” weren’t clear. The filmmakers made the hand seem as if it had a hidden face, specifically eyes to see. The hand was shown in multiple scenes like it was looking at things, but where it was looking from was unclear. At some parts, the hand would be “seeing” things from its fingers, other parts from the top part of it, and other parts from the part that had been cut off.

The movie also never revealed certain aspects of the film that would have been helpful. The scenes are jumbled together throughout the film and don’t give enough background information to let the audience grasp exactly what is going on.

The only element to this film is the life lesson of not giving up, and that one moment out of your day can change your whole life. The movie shows in an odd way how life can change in less than a minute.

I would not recommend watching this movie because it’s a waste of time and has no purpose. What a disappointment.