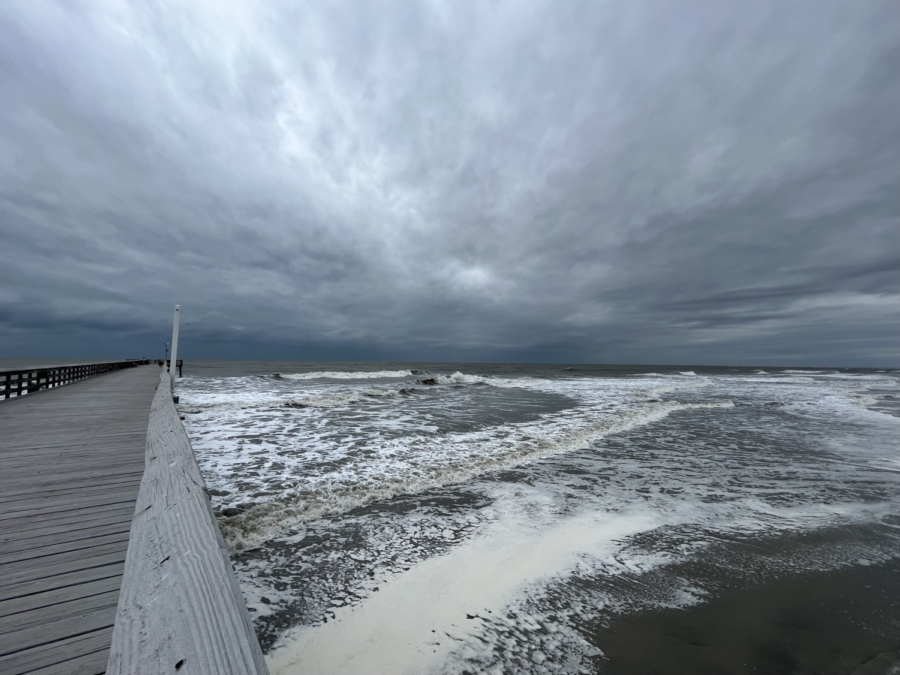 The day before Hurricane Ian made landfall in South Carolina, strong winds, dangerous currents, and powerful waves were found at the Isle of Palms beach

Beautiful, but simultaneously violent and destructive; Hurricanes are a threat that humans can not fight against.

Hurricane season begins in early June and ends in late November. Occurring in the Atlantic Ocean, tropical cyclones and storms can form as strong as a Category 5..

Hurricane Ian was a destructive Category4 hurricane that occured in the Atlantic Ocean. It was the second major hurricane of the 2022 hurricane season.

Hurricane Ian started in the Caribbean sea, developing into a Category 3 by the time it reached Cuba. By the time it progressed to the West Coast of Florida, it was a Category 4.

The hurricane tore through Florida on Wednesday, the 28th of September. Four days prior, the Florida governor, Ron DeSantis, declared a State of Emergency for the entire State of Florida. Universities and schools announced closure as well as several counties issued evacuation orders. The storm most strongly impacted the cities Fort Myers Beach and Naples, in particular.

The winds in Florida reached up to 150 miles per hour, causing innumerable damages to infrastructure and buildings. An estimated 81 lives were taken by the storm as well. The total cost of property damage is racking up to about 60 billion dollars in just Florida.

Eventually, Ian was debunked into a tropical storm and moved off of Florida into the Atlantic. However, it picked up momentum and intensified as a hurricane temporarily before it made landfall once again, but this time into South Carolina as a Category 1 storm.

The impacts of Ian in South Carolina were not nearly as devastating as in Florida, however several piers were destroyed and neighborhoods flooded, as well as an power outage for 1.5 million people.

Wando High School postponed both Homecoming Game and Dance that was supposed to occur the week of. The football game that week was pushed to Wednesday and school the following Thursday and Friday were changed to E-Learning days in accordance with the weather.

Charleston County and Georgetown experienced flooding but no major damage.

As the Hurricane passed, both South Carolina and Florida were ready to step out, survey the damages and rebuild.